"The EU is Not the Teacher in Terms of Democracy"

Hélène Flautre, French MEP for the European Greens, bemoans the double standards of European policy in the democratisation of the Southern Mediterranean countries. She also insists on the need to establish effective measures to pressurise them into changing

After ten years of the Euromed partnership, do advances in human rights meet the objectives set by the Barcelona Declaration? 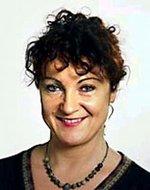 Respect for human rights in the Euromed zone "leaves a lot to be desired", claims Hélène Flautre, Chair of the European Parliament's Subcommittee on Human Rights

​​Hélène Flautre: There's no need to dig very deep to see that the implementation of fundamental rights has not lived up to expectations. Freedom of the press, independence of the justice system, democratisation and the right of association leave much to be desired. Nevertheless, the Euromed process has helped financially and established a relationship with NGOs and civil society through political dialogue.

At the heart of Euromed lie two major European issues: managing immigration and combating terrorism. Unfortunately, members of parliament and civil society are not sufficiently involved in the evaluation of any progress made. The involvement of political and associative actors in this region is necessary so that everyone can participate.

Do you consider the EU's new neighbourhood policy, for example its "benchmarking" strategy, to be more demanding than the Euromed partnership?

Flautre: The new European Neighbourhood Policy (ENP) comprises national action plans with more specific goals in terms of democracy and fundamental rights, which are already operational to a large extent. However, these goals have not yet been clearly evaluated within our Subcommittee on Human Rights, since the EU accepted Israel's request not to have an evaluation subcommittee.

Since then, Europe has been conducting a policy of double standards and is losing credibility in the face of other partners such as Morocco, Jordan or Tunisia. As concerns the idea of studying the human rights situation on a case-by-case basis, this remains a question to be discussed. The individual nature of the evaluation remains essential when defenders of human rights in these countries cannot perform their work successfully.

Why does the EU not increase its use of sanctions at a time when human rights are being flouted in the Mediterranean countries?

Flautre: The EU is incapable of implementing an effective pressure system. Tunisia is a typical example in this respect: it was the first to sign an association agreement with the EU in the area. However, despite solid economic growth and the development of women's freedoms for several decades, today, Tunisia is in decline as regards fundamental rights. The hypothesis that economic development is the "baby" of democracy has been damaged.

Since 1987, no new associations have been created in Tunisia; its government is blocking certain funds, placing Tunisian civil society in danger. The most striking example is perhaps the Tunisian League of Human Rights, which does not receive any subsidies. It is therefore essential for the EU to find a means of pressuring [its partner countries] in order to avoid damaging its image at the international level.

What solutions do you propose?

Flautre: What is needed is a more resolute European Commission and a Council which makes strong demands. The president of Tunisia, Ben Ali, who is very concerned about his image, would then be obliged to act accordingly. For example, it would be necessary to suspend certain types of funds, without, of course, putting the economic development of the country in jeopardy. At the end of the day, Tunisia constitutes a challenge to the credibility of the Euro-Mediterranean process.

Having been accused itself for having a "democratic deficit", can the European Union be a good teacher of democracy?

Flautre: We must abandon the idea that the European Union is the "teacher" in matters of democracy and avoid what borders on a neo-colonialist attitude. Instead, we should put in place the foundations of a common democratic commitment through an international agreement. The civil societies of third world countries share our values, such as freedom of association, freedom of the press and a free justice system.

Moreover, the EU would not be able to take action if there was no demand for democracy on their part. I also see that the demands derived from the fight against terrorism put the promotion of democracy and the development of human rights to the test. When the European Union considers the provision of funds for the borders of Libya, a breeding ground for terrorism, the credibility of the European Union takes a battering.

Translated from the French: Maria Ramos

10 Years Barcelona Process
Mixed Results
With currently 25 EU members and 10 Mediterranean countries participating in the project, the Barcelona process is something of a diplomatic masterwork in European multilateralism. Ten years after its initiation, Isabel Schäfer takes stock

Defamation of Tunisian Journalist
Smear Campaigns Waged at the Lowest Level
The Tunisian journalist Sihem Bensedrine is fighting against the indescribable methods of the regime of Zine el-Abidine Ben Ali, who stops at nothing when it comes to dragging oppositionists through the mud. The Arab and Muslim world is all but indifferent to the situation. By Hamid Skif