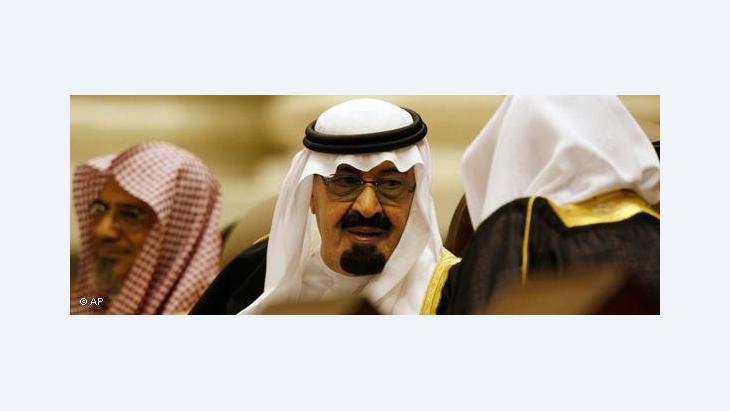 ﻿The women of Saudi Arabia will be allowed to vote for the first time in 2015. Why not already today in the current local elections? Abdelmoula Boukhraiss discussed this topic with the well-known Saudi Arabian civil rights activist and journalist Abdul Aziz Al-Khamis in London

Why aren't Saudi women allowed to vote in the current local elections?

Abdul Aziz Al-Khamis: Women in Saudi Arabia have major problems – not only the question of voting rights. Women want more. They are demanding basic rights such as equality with men or also the right to drive a car. This is why they view the issue of voting rights as more of a formality – even Saudi men have not yet been granted full political rights. We know that the government had at first promised women that they would be able to vote in the current elections. But this promise was not kept.

How important are the local elections in your opinion, from a political standpoint? 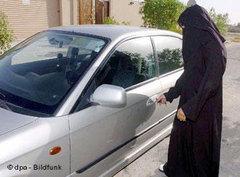 Saudi Arabia is the only country in the world in which women are not allowed to drive a car. Families are forced to hire chauffeurs

​​Abdul Aziz Al-Khamis: Elections always play a part in creating a political culture, the culture of voting and campaigning. That is perhaps the most important fruit borne by this experiment. This experiment is not enough, though, because the citizens only elect half of the members of their local parliament. Furthermore, these bodies are not vested with important powers; they are more like advisory councils without any authority. Their benefit consists for the government and the regime in demonstrating to the West that certain democratic reforms are being carried out in Saudi Arabia, too.

In fact, though, an important point here is that the Saudi citizen has begun to exercise his right to vote. This is already a new development in its own right, and it will certainly not stop at that. The pressure will grow for these bodies to be granted even more authority.

Abdul Aziz Al-Khamis: Yes, that is exactly what is happening. They already did so during the first elections of this kind in 2005, and ended up profiting from this tactic. Back then they tried to demonstrate to those forces in the West that are exerting increasing pressure: We are organising a political ballot here and we have begun to lead the country away from dictatorship and toward political participation. But the Saudi people's thirst for more far-reaching participation, for enforceable political rights and elected representative bodies with genuine powers, can likewise no longer be overlooked. 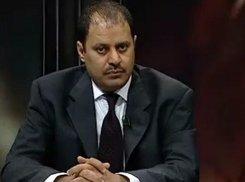 Abdul Aziz Al-Khamis is one of the most prominent journalists and political analysts of Saudi origin. He was editor-in-chief of the pan-Arabian newspaper "Al-Sharq Al-Awsat" and founded the magazine "Al Majala". Today, he is one of the directors of the Center for Democracy & Human Rights in Saudi Arabia

​​The current local elections may have primarily a decorative character – but in the opinions of many Saudi citizens, that is better than nothing. From my point of view, they are also useful in further educating the citizenry about their political rights and in establishing a culture of civic participation.

So you view these elections more or less as a practice exercise or preparation for later, more far-reaching reforms. Is it realistic to expect that these will be forthcoming?

Abdul Aziz Al-Khamis: This democratic process will come – I have no doubt of that. And in the end, the regime will bow to democracy and political participation. This is the fate of any regime: either to collapse – or to renew itself of its own volition. The Saudi regime naturally does not want to fall. Consequently, it is forced to renew itself. The only question is when the regime will take this step. I hope that the Arab Spring will further accelerate the process.

In Doha, Arabs from Morocco, Tunisia, Egypt and Algeria are gathering to celebrate the first ever FIFA World Cup to be held on Arab soil. The criticism from Europe? Over the top, ... END_OF_DOCUMENT_TOKEN_TO_BE_REPLACED

After a two-year hiatus, the Arab League re-convened at the beginning of November in Algiers against a backdrop of uncertainty and discord. By Pierre Boussel END_OF_DOCUMENT_TOKEN_TO_BE_REPLACED

In the run-up to the COP27 global climate summit, hosted by Egypt in November, it is worth noting that little rainfall, aggressive heatwaves and worsening drought make the Middle ... END_OF_DOCUMENT_TOKEN_TO_BE_REPLACED

Tunisia's economic and political instability and the increasing reluctance of Europe to take in job-seeking migrants is leading many Tunisians to head for sub-Saharan Africa in ... END_OF_DOCUMENT_TOKEN_TO_BE_REPLACED

The history of Jews and Muslims is far more entangled than you might imagine – but you have to listen out for it. In "Recording History", Christopher Silver takes us on a sonic ... END_OF_DOCUMENT_TOKEN_TO_BE_REPLACED
Author:
Abdelmoula Boukhraiss
Date:
Mail:
Send via mail

END_OF_DOCUMENT_TOKEN_TO_BE_REPLACED
Social media
and networks
Subscribe to our
newsletter