Orient and Occident in Balance

Syrian singer and composer Abed Azrié was born in 1945 in Aleppo and has lived in Paris since 1967. He says that only there is he able to develop freely. Suleman Taufiq visited the artist in his home district of Montmartre 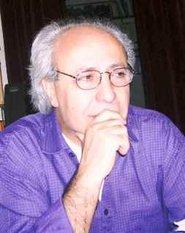 Abed Azrié: "Orient and Occident can coexist within me without any problems, and form a body, a biological, natural body"

​​ Let's start off with your new project, a musical score for the Gospel according to John in Arabic. Your oratorio was performed by the Chamber Choir of the High Institute of Music in Damascus, accompanied by a Damascus ensemble for traditional music and the Jeunes de la Méditerranée orchestra from France conducted by Alain Joutard. The premiere took place in May 2009 at the Damascus Opera House, followed by performances in Fez, Marseille and Nice. Why did you choose to write this work in Arabic?

Abed Azrié: I wanted to tell a story, the story of someone born in the Orient who today lives in the West. He thinks back on his childhood. With this work I return to my childhood, but I also journey westward.

I work on texts that have shaped the culture of the Middle East. The Gospel according to John is one of them. Jesus, at once man and God, developed out of the fertility cults of the Sumerians, the Babylonians, the Canaanites and the Phoenicians. With his life, his death and his resurrection, he revisits a very ancient theme and links it with a mythology that goes back thousands of years throughout the Mediterranean region. It thus represents part of the shared foundation of this cultural realm.

European composers such as Bach and Handel already chose this theme for their music. What was it about the Gospel according to John that interested you? 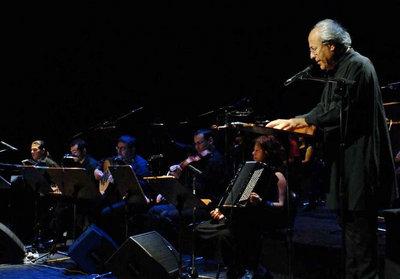 ​​ Abed Azrié: The Gospel of John is different from the other three gospels. Matthew, Mark and Luke all have something in common: they are merely eyewitnesses. But John acts here as a writer drafting a drama like those we know from the ancient Greeks. He developed his storyline with the rigour of classical tragedy. He commences with the words: In the beginning was the word. Jesus plays the role here of a modern person who is open and familiar with the ways of the world. He acts without ideological reservations and is rebellious. His words were: I have not come to rule, but to redeem.

I myself am not religious. But I felt the need to bring this text to the stage. For me, the characters in this gospel are normal people. I see them before me today in the faces of the people in the Orient. I wrote modern music, as if the story and the people in the gospel were living in today's world.

Oriental melodies and rhythms merge with European music in this composition. It seems to me that what's special about it is the way you've used traditional Arabic maqāmāt forms and tonal systems even for a large orchestra. Are there no boundaries in music in your opinion?

Abed Azrié: Since 1974 the orchestra has always played, to my ears, both orientally and occidentally in parallel. Through the composition, the two different sound worlds are united like in a family. But every member still maintains his independence and personality. The Western musician is not as capable of improvising as the Eastern one, and Eastern musicians cannot play as classically as those in the West. This lends the music a new dimension.

You often choose unusual texts for your compositions. Your oeuvre today encompasses many scores for texts from the ancient and modern Orient: from the Epic of Gilgamesh all the way to contemporary Arabic poetry. What's conspicuous about all these texts is that they raise important issues regarding human existence that have hardly changed at all even today: for example the question of freedom, of death, of love and of the vicissitudes of life. These are texts that reject a frozen view of life. Why?

Abed Azrié: Ever since my childhood I have preferred poetry to prose, because I regard poetry and in particular poetic language as a reservoir for human memory. It is an aesthetic resonance chamber, and it contains something melodic. I have always worked to create material that consolidates this reservoir across the various epochs. 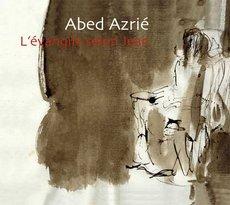 ​​For me, it is always about blending poetry and music. The words were trapped in a book. I wanted to free them through music. I like texts that speak openly about the freedom of man, about the freedom of faith and its existence in this world. This great freedom means that the human thinks as an individual and not as a society or clan.

You live in Paris since 1967. The time you have spent in France is thus longer than that lived in Syria. How would you define your identity today?

Abed Azrié: I was born in the Orient and have been living for many years in the Occident. Both cultures touch me. They form a balance within me. There are many people who live differently. Perhaps they are schizophrenic. A mixture between your childhood and what you have gained later abroad is possible. Orient and Occident can coexist within me without any problems, and form a body, a biological, natural body, that simply carries out my life.

My birth in the Middle East gave me an oriental sensibility. Later, I added an occidental sensibility through my life in Europe. Both complement one another today. Every language and every culture is a world unto itself. When you speak different languages and live in different cultures, it's enriching.

Working with others and fusing various kinds of music from diverse cultures is an important experience for you. In your CD "Suerte", recorded with Spanish, Arab and French musicians, you demonstrated a very personal approach to the Arab-Andalusian civilisations. What inspired you to compose music for these poems from Al Andalus?

Abed Azrié: The texts are nine hundred years old and can serve as a model for fusions and contacts between disparate music styles and cultures today. I find Andalusian poetry, and Andalusian art as a whole – that grand experiment in ethnological history, where religions, music styles and cultures commingled – exemplary, because I love it when cultures come into contact and cross-fertilise one another.

When you love the other cultures – and love means here wanting to learn about the knowledge, the poetry, the music and the culture of others – then a connection is possible. This connection, this coalescence, lends the work boundless possibilities.

Interview with Abed Azrié
An Exploration of Contemporary Music and Oriental Heritage
In his latest album "Venessia" the Syrian musician Abed Azrié opens himself once again to a wide range of thematic sources and musical influences. Saleh Diab spoke with the artist, who now lives in Paris

Portrait: Singer Hindi Zahra
Nomad between Morocco and Europe
Hindi Zahra is the new face of a young generation of emancipated, cosmopolitan songwriters in North Africa. Her album "Handmade" is due to be released in late February. Stefan Franzen caught up with Hindi Zahra in Paris

Souad Massi
Melancholy and Hope
In her hometown of Algiers Souad Massi studied classical Arab-Andalusian music as well as engineering. When she became a local star as the singer of a rock band she learned that Algeria's society was not entirely ready for this. By Ralf Dombrowski

Jon Balke's and Amina Alaoui's Album "Siwan"
The Free Spirit of Al Andalus
As opposed to medieval Europe, the arts in Muslim Spain, were free. Now the album "Siwan" celebrates the music and the spirit of Al Andalus, demonstrating that Islamic civilization is one of the cornerstones of Western culture, as writes Richard Marcus

END_OF_DOCUMENT_TOKEN_TO_BE_REPLACED
Social media
and networks
Subscribe to our
newsletter