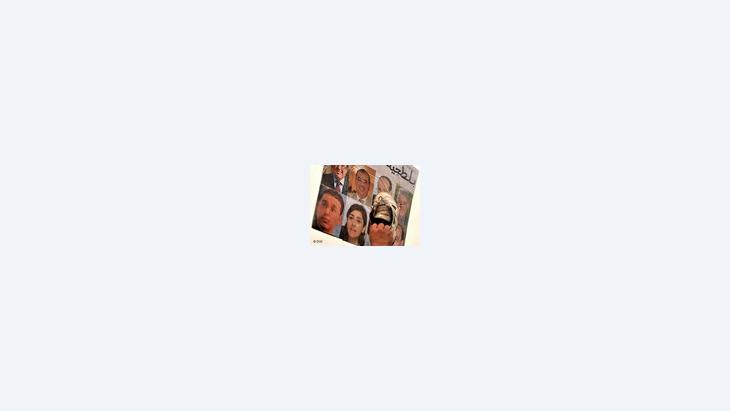 Aboubakr Jamaï is one of the most prominent representatives of Morocco's independent press and holds the 2010 Gebran Tueni Award of the World Association of Newspapers. He speaks to Claus Josten about his criticism, not only of the Moroccan government, but also of the role of Europe and the USA in the Moroccan situation 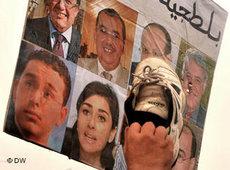 Shoe protest against the King's entourage: the people's resentment is directed primarily towards Mounir Majidi, the king's private secretary, and Fouad Ali El Himma, delegate minister to the interior

​​ The speech by the Moroccan king, Mohammed VI on March 6th was viewed in Europe only as confirmation of its view that Morocco was a country which is open-minded, pro-democracy and ready for change.

Aboubaker Jamaï: After what happened in Tunisia and Egypt, we have a completely different situation. I wouldn't exactly say that it's now totally irrelevant to us what people think in Europe. But Europe, and even the USA, have become less important for us. The Tunisians and the Egyptians were ready to die for democracy, and when people are ready to go that far to bring about change, then the Europeans and the Americans can think what they like. Things will change.

So it's not a matter of whether people in Europe think Mohammed VI and his speech are credible or not. With the appointment of a reform commission, and with the people who were chosen for it, at the same time as there was wide-ranging police violence against the demonstrators who continue to demand reform in all the country's cities, people in Morocco have very rapidly got the impression that the leadership is not at all interested in democratising the country.

Just look at who's in the reform commission, and you'll soon see how serious the whole operation is – there's no-one with a record of democracy. The president of the commission, Abdeltif Menouni, was himself head of the constitutional council – the body which was responsible for maintaining the very constitution which is now apparently to be reformed. The guardian of the temple is supposed to destroy the temple!

What's the structure of the democracy movement outside parliament and the opposition in the political parties? 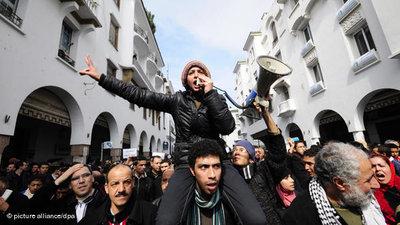 "Things will change": On 20 February, thousands of people have taken part in peaceful rallies in Moroccan cities demanding political reform and limits on the powers of King Mohammed VI

​​ Jamaï: There isn't really a division between what's in parliament and what isn't. The Unitary Socialist Party (PSU), which doesn't have any seats in parliament, is certainly the group that supported the movement of 20th February most decisively. Then there's the legal Islamist Party for Justice and Democracy (PJD), the second largest party in parliament, which is split. The young Islamists especially, but also some senior members of the party have been supporting the democracy movement, and have even left the party's leadership committees. And this is a party which has been a cornerstone of the current system!

Even parliamentarians from the right wing parties have spoken out in favour of the demands of the democracy movement. They did so before the march of 20th February, but that march of protest changed everything, since prominent members of civil society and, above all, major business leaders took part in it. What is really revolutionary is the contact between the big Islamist movement Al Adl Wa Al Ihsane, ("Justice and Benevolence") and the Moroccan political left.

So a broad alliance within the Moroccan political and social elite had been demanding political reform even before the speech. 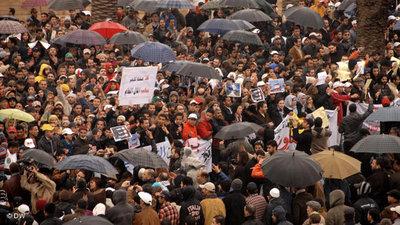 Royal concession to the protestors: On 9 March, King Mohammed VI announced his decision to undertake a comprehensive constitutional reform aimed at improving democracy and the rule of law. A referendum is to be held on the draft constitution by June

​​ Jamaï: It was under this pressure that the regime presented the king's speech. The speech was perhaps encouraging, but it can only be the beginning – just as this youthful movement can only be the beginning of the demands for democracy. These young people have an unbelievably high level of political intelligence and communication skill. Just look at the YouTube videos with the portraits of people who have made a commitment to these political demands. The movement is very aware of the danger of false promises, of which we have had plenty of experience. The regime maintains its authoritarianism, so we have to be very cautious.

Unfortunately, I don't believe we can really trust this regime, I don't believe it really wants to bring a democratisation of the country. The regime is already speaking in the language of defeat: it has set up an authoritarian system, the people have noticed that, and now they want to get rid of it.

Is that a lack of intelligence on the part of the government? After all, it has shown that it can function strategically – for example in 2003, when terrorism threatened to lead to a crisis which the government avoided.

Jamaï: I believe that there's an enormous stupidity at the top of the state. Initially, the regime profited from the heritage of the last years of Hassan II and his policy of opening up the country. Hassan II was a politically intelligent man who, at the end of his life, understood that the monarchy could only continue to exist if there were a political opening. One of the biggest myths in European and international public perception is the myth that there was a break with the past when Mohammed VI came to the throne in 1999. 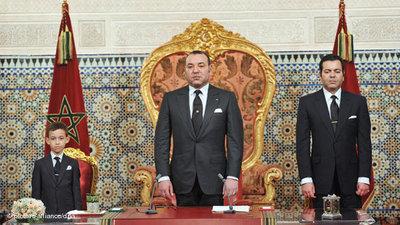 "If you're indignant over the stories about how French politicians were mixed up in Tunisia, then you'll really be shocked when their links to Morocco come out!" Mohammed VI (center), Prince Mulay Rachid (right), and Prince Moulay Hassan

​​ In 1999, the main thing that happened was that the freedom of the press was restricted and the country's economy suffered from a hitherto unknown level of exploitation. It's impossible to imagine how the king enriched himself at the expense of the economy. And I say "the king" and not Mounir Majidi, the king's private secretary, whose picture is on the posters as the man the opposition wants to bring down. The king knows what the man who looks after his money is doing. If people only attack Majidi and his colleague Fouad Ali El Himma, then that's pretty hypocritical. One has to work at ensuring that these things can't happen again, and that's only possible by removing all the political rights from this parliamentary monarchy.

Do the Americans have a strategy as to how to push countries like Morocco or Algeria towards democracy?

Jamaï: The Americans have been taken by surprise – they only saw what was going on after the uprising in Egypt. Then they panicked. They now see that our people are prepared to die for democracy. One can't do anything against that – not even the USA! But they don't want a revolution, since they can't see what will come out at the end. Consistently enough, they want reforms to take place as and when they suit them best.

Jamaï: Europe is, as far as we're concerned, pretty well lost. There's something which calls itself France, there's someone called Sarkozy and there's the French elite. The Moroccan monarchy has them in its pocket. If you're indignant over the stories about how French politicians were mixed up in Tunisia, then you'll really be shocked when their links to Morocco come out! French political involvement in Morocco is a hundred times worse. Unfortunately, many people in Europe see Morocco and the Maghreb as a French hunting ground. So the Germans won't do anything for us – and the Spanish even less.

So that's it as far as the West's "triptych" is concerned. It let the Arab dictatorships do what they liked under three conditions: so long as you liberalise the position of the women, keep the Islamists under control and open your markets for our companies. Then the Europeans were happy. The fact that there wasn't any division of powers? Or democracy? Nothing to do with them. I'm really very sceptical about the wish – not about the ability – of Europe to do anything for Morocco and the Maghreb.

Interview with the Moroccan Blogger Zineb El Rhazoui
The Sweet Illusion of Democratic Change
Zineb El Rhazoui is one of the coordinators of the "20 February" movement that mobilised large numbers of demonstrators on Sunday, 20 February. Chanting "I am Moroccan!", they took to the streets, marching for democracy and social justice. Claus Josten spoke with her

Portrait of the Algerian Writer Maïssa Bey
"We Intellectuals Expect Nothing More From Europe"
Maïssa Bey is one of Algeria's most prominent writers. Her novels deal with the division and turmoil of the country's past and present. When she talked to Martina Sabra, however, she also had a thing or two to say about the role of Europe

END_OF_DOCUMENT_TOKEN_TO_BE_REPLACED
Social media
and networks
Subscribe to our
newsletter