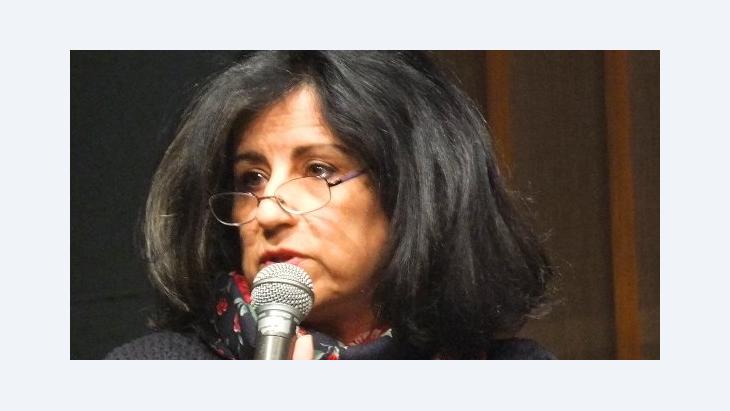 ﻿One year after the fall of Hosni Mubarak, Egyptian author and activist Ahdaf Soueif is full of hope for the revolution to achieve its final aims of human rights and social justice. In this interview with Christoph Dreyer, she talks about changed Western perceptions of the Arab world, her relation to the Tahrir youth, and the balance between explaining the revolution and taking part in it

As early as September 2010 – before the revolution even in Tunisia had started – you wrote in an opinion piece about the need for Egyptians to mobilize against the regime. Could you have imagined what would happen in your country a few months later?

Ahdaf Soueif: We had known for a long time that something had to happen. But what it would look like, how long it would take, whether it would succeed – these were all very big questions. The prevalent view was to be skeptical that people power could effect great political change. On 24th January 2011, I still said in a TV interview that we all felt change would come, but what shape it would take we didn't know. The next day the revolution kicked off.

One of the recurrent themes of your work has been the attempt to put straight the skewed Western views of the Arab world. Do you think the Arab Spring has brought any progress in this regard?

Soueif: It probably has, although when one deals with the Western media – especially the traditional, established media – very often they only want to talk about the rise of the Islamists to power or the situation of women in the Arab world. It's the same tired old stories that there seem to be no escape from. But events have made this irrelevant. The revolutions in the Arab world are by Arabs and for Arabs, and the rest of the world needs to catch up. 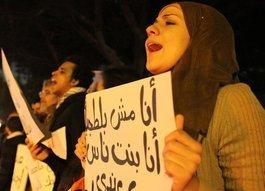 Adhaf Soueif: "The revolutions in the Arab world are by Arabs and for Arabs, and the rest of the world needs to catch up"

​​The people who do matter are the people who are actually in contact with the revolution and the people that are conducting it. There is a network of mostly young people all over the world now, who are talking to each other and helping each other and are benefitting from each other's experiences. They don't have these old hang-ups about who is white and who is Muslim. I find that tremendously encouraging and hopeful.

When did you realize that, through your comments and interviews, your role had become that of a chronicler of the revolution for a Western audience?

Soueif: This part of what I've done for a long time because the accident of my geographic and linguistic positioning has put me into this interpretative role. Previously this had happened very much with regard to my writing in the Guardian about Palestine in a new and different way. Once the revolution in Egypt happened, I guess it was unavoidable that all these phone calls started coming from Western media.

Does this kind of confirmation of what you've been doing for so long make you happy in a way?

Soueif: I don't have a problem with this role. It just poses more and more of a problem on a practical level – with my time. The revolution is the sum of every small thing that each one of us does. Therefore everything you can do matters, no matter how small. So that's what I want to be doing all the time, rather than writing or interpreting or explaining. I try to find the balance.

Your involvement in events is also a very personal one: Apart from yourself, many others of your family are involved in the movement, most notably your nephew Alaa Abd El Fattah, the well-known blogger who has become one of the icons of the Egyptian revolution. Has this helped you get more direct access to the feelings of the youth of Tahrir Square? 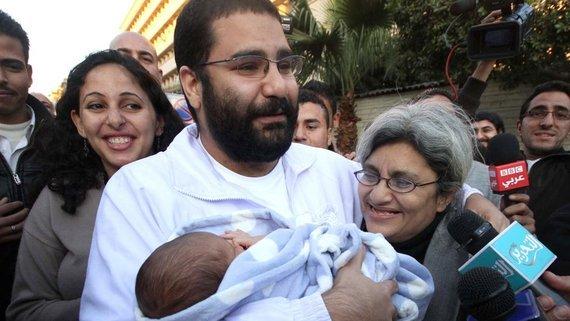 A thorn in the eye of the military council and icon of the Egyptian revolution: Alaa Abd El Fattah, nephew of Adhaf Soueif. Fattah was arrested during the revolution and released after international protest on 26 December 2011

​​To an extent they also use me. Sometimes there are things for which they need someone older and more established than they are – which doesn't mean that being "established" is a good thing, it's just sometimes useful. For example, they might ask me to mediate between figures from different backgrounds, and I am very happy do these things.

Are there any differences in your own political outlook and that of the youth?

Soueif: Not really, because at the level of ideas, of the great aims of the revolution we are at one: human rights, social justice, freedom. In terms of the mechanics I am very happy to follow their plans and projects. If I have a suggestion I will make it. But it is they who got us to where we are now.

They had the vision and the courage. And the world that we are all trying to fashion is very much their world. So I see the role of people like me is to simply say: Anything you want to use me for, I'm here.

When would you consider the Egyptian revolution to be complete?

Soueif: The revolution is a living and ongoing process, but it will be in a good place, alive and breathing and functioning on its own when a government minister has to join a queue to put his child into a state school because that school is so good.

What about the military?

Soueif: Of course the military has to go. That's a precondition of even starting on the road towards the goals of the revolution.

Are you afraid at all that the Islamists might take over? After all, these are people whose views are pretty much the opposite of the cosmopolitan spirit that you grew up with in the 1960s and that you've been trying to defend. 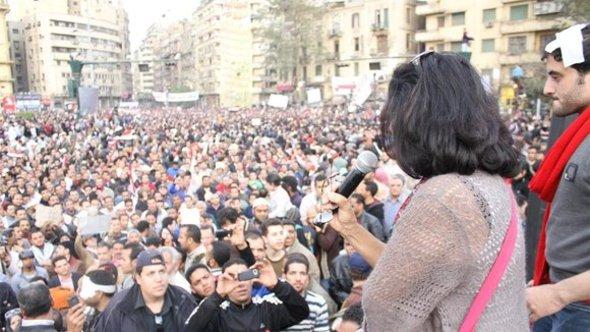 In the front row of events: Adhaf Soueif on Tahrir Square. "The revolution is a living and ongoing process, but it will be in a good place, alive and breathing and functioning on its own when a government minister has to join a queue to put his child into a state school because that school is so good"

​​Soueif: But Islam itself isn't. There is no point of me being afraid or not afraid. The Islamists are there and we need to work with them. I believe that being in power, being visible and having responsibility will form them, change them, in some way. We work together. If they do things we don't like we'll fight them. It's a process, I don't have a problem with that. We'll work through it, just get the military out of the way.

What will Egypt, politically, look like five years from now?

I hope we would have a lot of decentralization, that things that belong to local government are being looked after a lot better than they are now, and that we are a long way into restoring our friendships in the region, in Africa, in parts of Asia, and restoring a more healthy and respectful, balanced and equal relationship with our friends in Europe and America.

Do you think you will one day be able to fictionalize the Arab Spring – and if so, how much time would have to pass until then?

Soueif: I've been working on and off, very slowly, on a novel for the last four or five years. I've done all the research for it, the concept was there and the characters are alive, and my third thought when the revolution happened was: Is this novel obsolete now? But I think it's not. I'm hoping to carve a bit of time out of the day now to come back to the novel, to see what it looks like from where we are and how relevant it is. I want to find out whether it still has enough of a grip on my imagination to make something out of it and bring it out. It'll be very interesting to see if I can do that.

Egyptian-born Ahdaf Soueif is the author of the best-selling novels The Map of Love and In the Eye of the Sun. Living in Cairo and London, she writes both in English and Arabic and is also a political and cultural commentator, appearing regularly in The Guardian in London and Al-Shorouk daily in Cairo. In her latest book, Cairo. My City, Our Revolution (published in January), she describes her personal journey through the Egyptian revolution.

Political analyst Taqadum al-Khatib argues that Egypt can, in co-ordination with its European partners, develop a common vision to solve the complex conflict in Libya. For this to ... END_OF_DOCUMENT_TOKEN_TO_BE_REPLACED

The upheavals of the past year in the MENA region are arguably as momentous as those of the Arab Spring in 2011. Yet perhaps the biggest difference is that our interest seems to ... END_OF_DOCUMENT_TOKEN_TO_BE_REPLACED

In 2019, the long-running Penguin Classics series released its first novel translated from Arabic: Tawfiq al-Hakim’s "Return of the Spirit", conveyed into English by William ... END_OF_DOCUMENT_TOKEN_TO_BE_REPLACED

Equality in divorce, a ban on polygamy: reformers of Islamic family law have a clear agenda. They are exploiting the ambiguity of traditional jurisprudence. By Joseph Croitoru END_OF_DOCUMENT_TOKEN_TO_BE_REPLACED