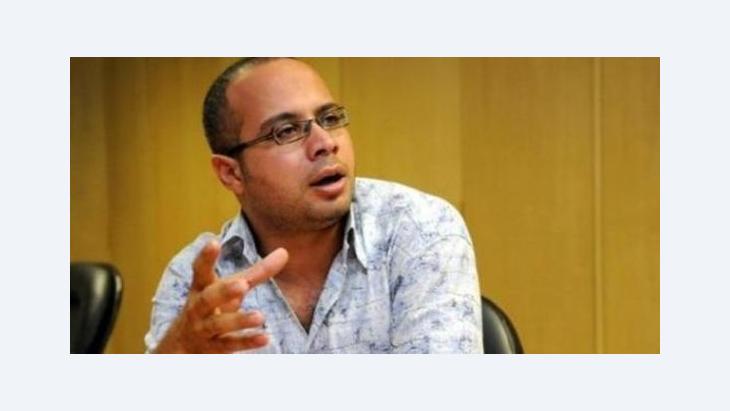 Interview with Ahmed Maher of the 6th April Movement

The results of the first round of the Egyptian presidential elections have been greeted with scepticism by the country's revolutionary youth. Nader Alsarras spoke to Ahmed Maher, one of the prominent founders of the 6th April youth movement, about the power of the generals and political perspectives in his country

Mr. Maher, how does the 6th April movement, which is one of the most important groupings of revolutionary youth in Egypt, see the results of the first round of voting in the Egyptian presidential election?

Ahmed Maher: For a start, we take a principled stand against the candidacy of Ahmed Shafik in the election. There are several reasons for that: for example, Shafik's candidacy goes against the law governing entitlement to certain political rights, which requires that members of the former government should be excluded from political life. In addition, Shafik has for some time been accused of several cases of corruption, although those cases have not been taken up so far.

But aside from that: how can you have legal presidential elections if one of the candidates is a representative of the old regime and it was the aim of the revolution to overthrow that regime? 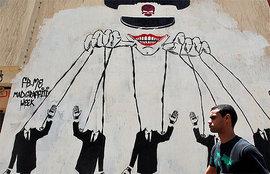 The army pulls the strings behind the scenes. Maher says, "A victory for Shafik would be the end of the revolution. That has to be prevented, since the man stands for the old regime"

​​Shafik's support mainly comes both from cadres of ex-President Mubarak's National Democratic Party (NDP), which has now been disbanded but which, until the revolution, was responsible for networks of corruption, as well as from officers of the state security service who went underground or just kept quiet after the revolution.

A victory for Shafik would be the end of the revolution. That has to be prevented, since the man stands for the old regime. That's why there are demands to repeat the vote without Shafik, since he really was not entitled to stand.

Most of the organisations of the revolutionary youth agree with this position. As far as the other candidate, Mohamed Mursi, is concerned, there have been no serious talks with the Muslim Brothers which might enable us to reach any agreement or to put forward common demands.

How do you explain that Ahmed Shafik, the last prime minister under Mubarak, was able to win so many votes? Does that mean perhaps that a not insignificant proportion of the Egyptian voters wants to see the old regime take power again?

Maher: I don't think the Egyptians want the old regime back. There are several factors which contributed to his good showing. Some people think that only Shafik can restore stability to the country. And many Copts and members of other religious minorities voted for Shafik because they fear that otherwise the Islamists will take over power, which is a quite understandable fear.

Revolutionary vanguard: the 6th April youth movement started out as a Facebook group supporting the strike in Mahalla al-Kubra on 6th April 2008 and providing information about the workers' demands

​​Shafik also has strong support from within the state institutions, such as among senior police officers or in the interior ministry, where they have experience of how to deal with elections. And there have been reports of electoral offences committed by army officers, members of other state institutions and other supporters of Shafik which will also have helped him.

Altogether though, most votes went to the revolution; Shafik only received 20 percent of the vote. Abdel Moneim Aboul Foutouh and Hamdeen Sabahi got around 50 percent, and the Muslim Brothers about 25 percent. The mood is against the old regime and its supporters.

Wouldn't it make tactical sense to support the Muslim Brothers' candidate, Mohamed Mursi, in order to stop Shafik from becoming president? Isn't that the more logical alternative which would be more advantageous on the whole?

Maher: The idea of supporting Mursi is certainly being considered and we haven't excluded it. But our movement also has doubts about the positions of the Muslim Brothers. The people too find that they have put on a poor show so far in several ways, and that they have abandoned the revolution at critical moments.

The political position of the Muslim Brothers is pragmatic and opportunist, and they are working on an entirely different basis from us. They have often left us alone in our struggles with the Military Council. And their behaviour and the demands they have made in parliament have given the Copts good reason to be extremely worried. 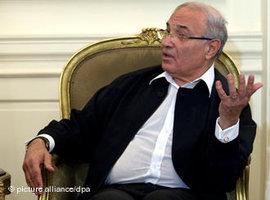 He could well be the new man on Mubarak's throne – for many Egyptians, Shafik, a former air-force general and aviation minister, represents the old unjust regime

​​If we succeed in signing a public agreement with the Muslim Brothers outlining their obligations to us should Mursi win the election, then the option of supporting him would certainly be realistic.

The Egyptian constitutional court is currently examining the law about the exclusion of former members of government from political life. Could one think about putting off the second round until a decision has been reached – especially since, if the court found that the law was constitutional, that would exclude Ahmed Shafik from the poll?

Maher: I don't think the court will make its decision before the second round of voting. The decision is clearly being delayed, as is the decision over the legal right of Shafik to stand.

After all, the old regime is still represented in all the organs of state: in the courts, the prosecution service, the police and the state media – just everywhere. So far, unfortunately, we haven't been able to destroy the old regime because the structures which were the backbone of Mubarak's authoritarian rule have not been broken up.

So if Shafik should get through in the second round of voting and become the new Egyptian president, what political alternatives would you, as the main revolutionary youth movement, have?

Two refugees detained in Egypt are facing deportation to Eritrea. The expulsion of the Eritreans, who have been incarcerated in Cairo for more than eight years, has been halted ... END_OF_DOCUMENT_TOKEN_TO_BE_REPLACED

International relations are shifting across the Middle East as regional powers adapt to America's retrenchment and China's growing influence. Although the region could become the ... END_OF_DOCUMENT_TOKEN_TO_BE_REPLACED

Germany's foreign policy is explicitly values-based. But what happens, Ralf Bosen asks, when democracy, the rule of law and human rights collide with the logic of trade and ... END_OF_DOCUMENT_TOKEN_TO_BE_REPLACED

"The people aren’t ready for democracy" has been the constitutional basis for Arab tyranny, its favourite slogan and its sacred narrative for more than a century. Yet, asks Khaled ... END_OF_DOCUMENT_TOKEN_TO_BE_REPLACED

A new global database shows a significant gap in reported COVID-related deaths, suggesting the actual worldwide death toll is short by at least 1 million. That's due in part to ... END_OF_DOCUMENT_TOKEN_TO_BE_REPLACED

Two decades after the attacks of 11 September 2001, the West faces the shattered debris of its failure – not only in Afghanistan, but also in Iraq, Syria, Libya and Yemen. What ... END_OF_DOCUMENT_TOKEN_TO_BE_REPLACED
Author:
Nader Alsarras
Date:
Mail:
Send via mail

END_OF_DOCUMENT_TOKEN_TO_BE_REPLACED
Social media
and networks
Subscribe to our
newsletter