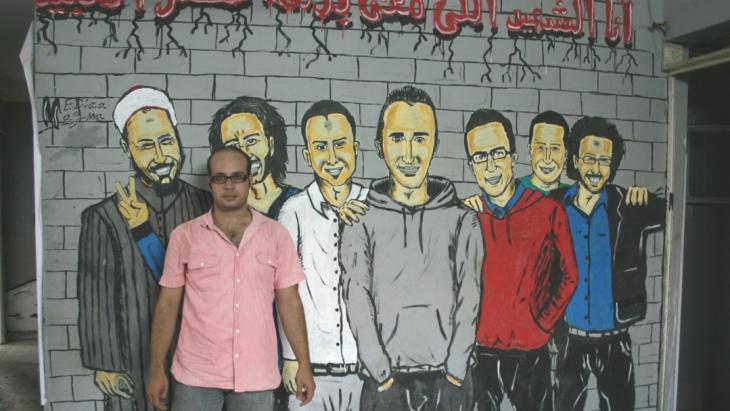 "The Next Revolution Will Certainly Come"

Ahmed Maher is regarded by many as a hero of the Egyptian popular uprising. However, the army and the Islamists have, for the time being, rendered the April 6 protest movement inactive. In an interview with Markus Symank, the activist explains why this is nevertheless not the end of the revolution

The April 6 youth movement, which you helped to found, played a critical role in the overthrow of the dictator Hosni Mubarak. Today, those vanguard revolutionaries have grown silent. Is the heart of the Egyptian revolution still beating?

Ahmed Maher: At the moment, we activists are unable to undertake anything. Those in power – first the Muslim Brotherhood and now the transitional government – have succeeded in turning public opinion against us. We simply are not listened to. And anyone expressing opposition to the government runs the risk of being labelled a terrorist. The situation in Egypt is currently deteriorating precariously.

To what extent has your movement been impaired by the constant attacks of the government?

Maher: We have lost a large part of our rank and file. The regime's intelligence service has intimidated many activists. Others have dropped out due to pressure from friends or family. They simply do not dare to take part in our activities any longer. We have to practically start over from scratch.

The April 6 protest movement supported Mohamed Morsi, the candidate of the Muslim Brotherhood, in last year's run-off presidential election. Many Egyptians in the opposition camp still hold this against you.

Maher: We supported Morsi back then, because he was the only rival candidate to the Mubarak loyalist. At the same time, we warned Morsi that he would end up like Mubarak if he employed the same methods as the dictator. He nevertheless ignored our advice and instead attempted to monopolise power.

Even after the overthrow of Morsi, we tried to convince the Islamists to moderate their position in order to prevent a bloodbath. Yet, the group rejected any form of compromise. The Muslim Brotherhood bears a great deal of responsibility for the current crisis. 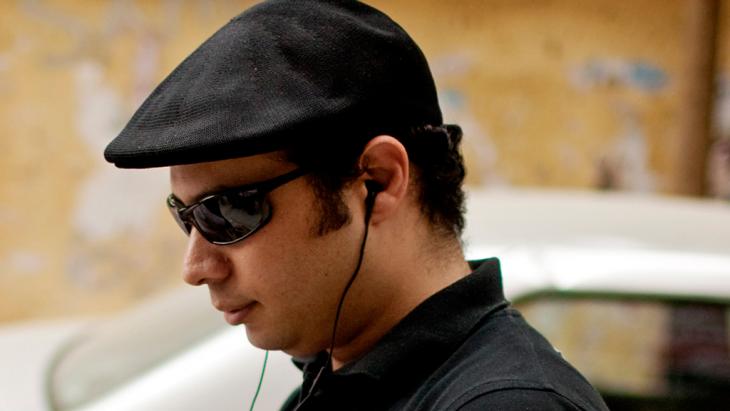 Spearhead of the revolution: Ahmed Maher is one of the two initiators of the April 6 youth movement. It played a crucial role in the January Revolution of 2011, mobilizing young Egyptians to protest against the authoritarian Mubarak regime. Today, the movement has been sidelined to political obscurity

Should the Muslim Brotherhood be banned from participating in politics, as some representatives of the transitional government have demanded?

Maher: It would be a dangerous move to exclude the Muslim Brotherhood. Real democratic development requires the participation of all political movements. Only then is it possible to stop the violence. However, it is also essential for the Muslim Brotherhood to learn from its mistakes if it wants to once again play a role in politics.

In place of the April 6 movement, headlines are being made by the "Tamarod" (Rebellion) youth movement. The group succeeded in mobilizing popular sentiment against Morsi through a signature campaign. What is your relationship to this movement?

Maher: We had helped "Tamarod" to collect signatures, because we also wanted Morsi to fall. Otherwise, there has been no contact between our organizations. I don't like to speculate about the intentions of others, but it appears that "Tamarod" desires the establishment of a military state. This is something we reject. We have not forgotten that the army killed many activists and broke the promises it made during the revolution. 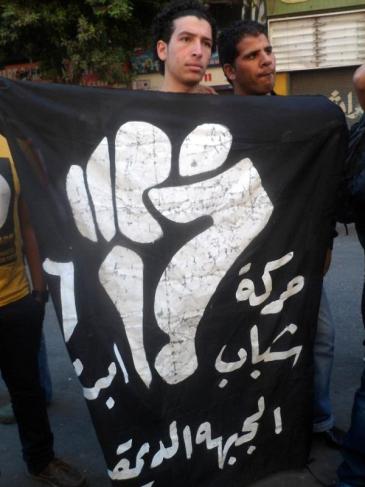 Nonetheless, the once detested security apparatus with the army at its head is celebrating a political comeback. Is it the case that the April 6 movement severely underestimated the danger posed by the "deep state"?

Maher: The biggest mistake that we revolutionary activists made was not forcing the military out of politics immediately after the overthrow of Mubarak. Back in February 2011, we activists were the heroes of the nation and had the opportunity to venture such a move. For a very short period of time, we actually governed the country.

One often hears the criticism that the April 6 movement and other activist groups did not form political parties in order to transform their influence on the street into political capital.

Maher: Unfortunately, the revolutionary movements are highly divided and there are many competing ideologies. The April 6 movement had a long-term political ally in the Nobel Prize winner Mohammed ElBaradei. Now, he has left the country. This is why we plan on founding our own party within the next two years.

Until now, the population has been left with only a choice between the army and the Islamists. Egypt needs a third option. We want to play a role in the upcoming parliamentary elections, however, in coalition with like-minded groups. Luckily, there are also ministers in the current government who hold positions close to our own.

Following the army's return to politics, do you still have hope that the goals of the 2011 revolution can ever be realized?

Maher: It was clear from the very start that the revolution would not be over in a matter of days. We knew that there would be numerous waves of revolution. The revolt against Mubarak was one such wave and the overthrow of Mohamed Morsi on June 30 was another. The next wave is certain to come, as soon as the people feel oppressed by the current rulers. I am convinced that our struggle for freedom will finally prevail.

Ahmed Maher is one of the two founders of the Egyptian April 6 protest movement. In June 2010, Maher helped to organize demonstrations protesting the murder of the blogger Khaled Said. He also played a central role during the uprising against the dictator Hosni Mubarak. Today, the 32-year-old engineer is one of the most important voices of the revolutionary movement on the Nile.

They’ve already got the Louvre; they’ll soon have a Guggenheim Museum as well – and now the Emirates have added literature to their quest for cultural supremacy in the Arab world ... END_OF_DOCUMENT_TOKEN_TO_BE_REPLACED

Years in the making, Sisi's elite New Administrative Capital will isolate most Egyptians from their centres of government in an effort to fortify the regime against any social ... END_OF_DOCUMENT_TOKEN_TO_BE_REPLACED

Professor Timothy Brennan's "Places of Mind: A Life of Edward Said" is a detailed biography of one of the most important intellectuals of the twentieth century, taking us on a ... END_OF_DOCUMENT_TOKEN_TO_BE_REPLACED

China has long portrayed itself as a strong supporter of the Palestinian cause. It has also claimed that in sharp contrast to the stance of the USA, its position is based on ... END_OF_DOCUMENT_TOKEN_TO_BE_REPLACED

Recep Tayyip Erdogan, disappointed by the European Union’s reluctance to integrate Turkey into its ranks, has re-directed his country’s diplomacy toward the Maghreb and Africa to ... END_OF_DOCUMENT_TOKEN_TO_BE_REPLACED

END_OF_DOCUMENT_TOKEN_TO_BE_REPLACED
Social media
and networks
Subscribe to our
newsletter