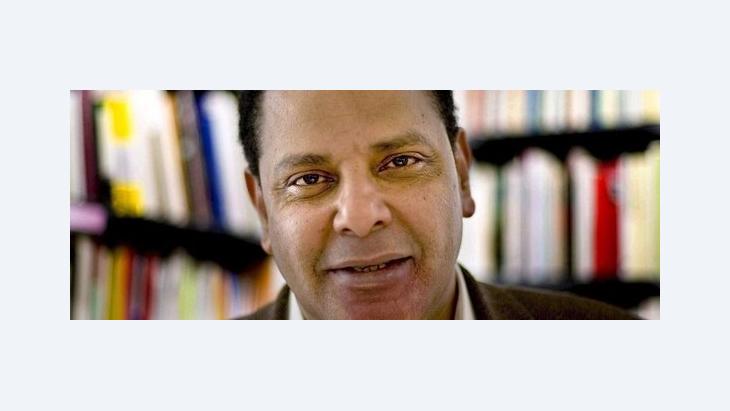 Interview with Alaa Al Aswany
''We're Still at the Beginning''

﻿Alaa Al Aswany qualified as a dentist, but is better known to the world as the best-selling author of The Yacoubian Building and one of the spokespersons of the "Kifaya" protest movement. In this interview, he tells Thomas Kohlmann that the revolution on Tahrir Square, of which he was a part, will continue and that it is really only at the beginning

﻿One year ago, Hosni Mubarak was still in charge, and no one could have imagined that mass protests would end his presidency. More than nine months later, Egypt's reform process seems to have come to a standstill. Have the protesters failed?

Alaa Al Aswany: Of course I believe that the Egyptian revolution achieved a great thing by forcing one of the most terrible dictators, Hosni Mubarak, to step down. But since then, I don't think we have been on the right track. All the decisions made by the SCAF (Supreme Council of the Armed Forces – ed.) were not made to protect the revolution. On the contrary, the SCAF has shown the tendency to preserve Mubarak's regime. So we have a very unique situation in Egypt now: Mubarak is no longer in power, but Mubarak's regime is.

The elections showed this. Despite fair voting, the elections are not fair. Voting is just one step in the election procedure. Everything was prepared from the beginning by the SCAF and the election law to push the Muslim Brotherhood to a majority. 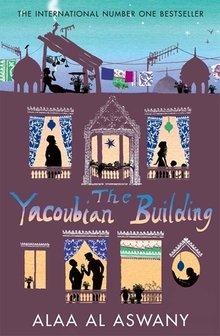 ​​For example, the electoral zones were so big that the revolutionary youth couldn't afford to participate. In one electoral zone, we discovered that there were 176 employees in charge of the elections and that these 176 employees are founding members of the Muslim Brotherhood. I don't think that the coming parliament will represent the Egyptian revolution at all. You can see that in Egypt, the revolution is still on the street. The revolution of the youth doesn't think this will ever be its parliament.

So you agree with some analysts who think that Egypt hasn't experienced a real revolution, who say that only a very small part of an elite group has been replaced, i.e. the inner circle of the Mubarak regime, and that the only new power in the power-sharing system is the Muslim Brotherhood. Would you agree with that?

﻿Second, the aim of the revolution should be the elimination of the old regime. And when I say regime, I'm not only talking about political; I'm also talking about the cultural regime, the social regime and the political regime. 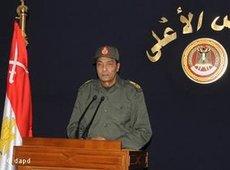 A threat to the democratic transition? Egypt's Supreme Council of the Armed Forces stands accused by some of trying to hold on to power at all costs

What do you think it will take to fulfil the demands of the January/February revolution?

Al Aswany: If you compare our revolution to other revolutions, you see that it takes time. You are eliminating an entire regime, and we were not lucky because the military council was not in favour of the revolution. But I am still very optimistic because in the beginning, no one could ever have imagined that Mubarak would be forced to step down.

We completed the most important and most difficult part of the job, but the revolution is not over. However, it is a step ahead because even with these people in the parliament – who I don't think are really revolutionary – the Islamic groups, the SCAF will have no legal grounds to rule the country.

Do you think the country's powerful military will start playing by democratic and parliamentary rules one of these days?

Al Aswany: The most powerful element in Egypt is the revolution itself. Here, I have to differentiate between the army and the military council. The military council is the political authority of the army; it is playing the role of president and parliament during the transition period. The army is different; it belongs to the Egyptian people and not to the SCAF. 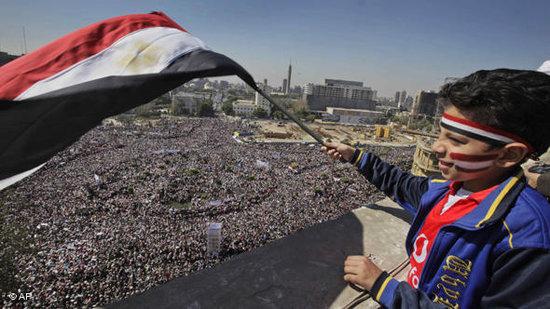 "The revolution wasn't just in Tahrir Square; it was in every city in Egypt," says Al Aswany

In your most famous book, The Yacoubian Building, you describe Egyptian society as being dominated by corruption and favouritism. What will it take to change this mentality? How can Egypt establish a spirit of solidarity of the kind people said was felt during the revolution on Tahrir Square?

Al Aswany: The revolution wasn't just in Tahrir Square; it was in every city in Egypt. I believe that whenever you have this revolutionary attitude – in the sense that you are willing to die for your freedom – all the positive things come out: you will be more courageous, more understanding and less judgmental; you will be less racist; you won't ever judge other people according to their social background or religion. I believe that the revolution as a psychological phenomenon is very positive.

When you participate in a real revolution – and that was the case with me – you really become a different person, your experiences and feelings change. You see attitudes you never imagined you would. I wrote about "the people" many times before the revolution, but it was only on Tahrir Square that I felt what the meaning of the word "people" is. You live with two million people on the square for three weeks and they feel they are members of one family

So you think this Tahrir Square spirit will be kept alive?

Al Aswany: Absolutely. It still exists on the streets. You saw it during the massacre of protesters on 19 November. You saw how brave those young people were, how brave the young doctors were. Two of them were killed simply because they wanted to express their political point of view.

Do you think Egypt's youth will ever back down again?

Home
Print
Newsletter
More on this topic
Interview with the Egyptian Activist Bouthaina Kamel: ''The Revolution Is Not Over as Long as the Military Rules''Alaa Al Aswany's "Friendly Fire": The Fall of Man RevisitedInterview with Alaa Al-Aswani: "Egypt Is In a State of Reserve and Backwardness"
Related Topics
Alaa Al-Aswany, Arab Spring, Arabellion, Arabic literature, Egypt Revolution 2011, Egypt's army, Egyptian literature, U.S. policy in the Middle East
All Topics

Tourists have been returning to Tunisia, Egypt and Morocco. But, given the global uncertainty caused by the Ukraine war, will the comeback be enough to save a struggling sector, ... END_OF_DOCUMENT_TOKEN_TO_BE_REPLACED

In this essay, renowned Lebanese journalist and writer Hazem Saghieh asks whether the Arab Levant, which stretches from Iraq in the east to Egypt in the west, will remain an ... END_OF_DOCUMENT_TOKEN_TO_BE_REPLACED

By 2050, the Middle East and North Africa could be dealing with many more elderly people suffering from dementia. A lack of facilities, specialists and local knowledge means the ... END_OF_DOCUMENT_TOKEN_TO_BE_REPLACED

With his fist bump greeting for a man he previously called a pariah, US President Biden has paved the way for Saudi Crown Prince Mohammed bin Salman's return to the international ... END_OF_DOCUMENT_TOKEN_TO_BE_REPLACED
Author:
Thomas Kohlmann
Date:
Mail:
Send via mail

END_OF_DOCUMENT_TOKEN_TO_BE_REPLACED
Social media
and networks
Subscribe to our
newsletter