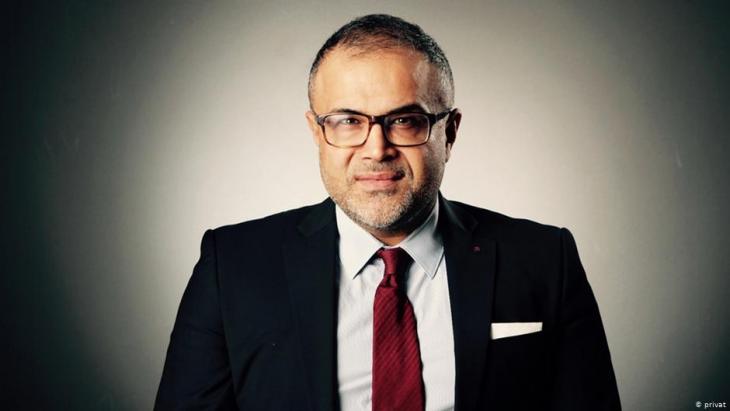 Ankara has begun its Syrian offensive. The Kurdish region is threatening to sink into chaos. The aim of the operation is to expel the Kurds, says Ali Ertan Toprak, chairman of Germany’s Kurdish community, in an interview with Daniel Derya Bellut

The third military operation in Northern Syria has begun. It is mainly directed against Kurdish militias such as the YPG. According to the Turkish government, they intend to "wipe out" terrorists in the Syrian-Turkish border strip. Do you accept this declared goal from Ankara?

Ali Ertan Toprak: The Turkish president Erdogan has always portrayed all Kurds as terrorists. Yet the Northern Kurds have never been a threat to Turkey's security – they have never attacked Turkey; they have always been far more concerned with defending themselves. The fact that his military mission is about fighting terrorism is just a pretext for justifying a war that contravenes international law.

If Ankara's operation is not about fighting terrorism, what are the Turkish government's concerns? 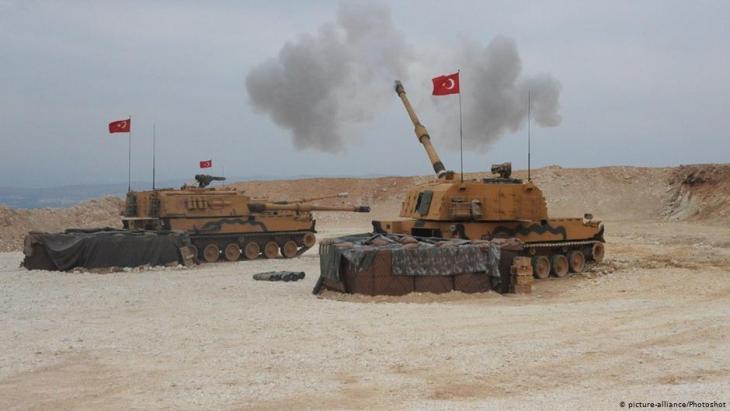 Brute force: at least 60 civilians have now died on the Syrian side of the border, with Turkish reports putting the number of civilians dead from Kurdish shelling inside Turkey at 18. Aid groups have warned of another humanitarian disaster in Syria's eight-year-old war if the offensive is not halted. The UN humanitarian agency OCHA said the exodus sparked by the fighting had grown to 130,000 people and it was preparing for that figure to more than triple

Toprak: First and foremost, it is a matter of preventing the creation of a Kurdish corridor on the Syrian-Turkish border from which a Kurdish state could emerge. Erdogan’s long-term goal is to annex the northern Syrian territories. It's crazy to hear what kind of neo-Ottoman rhetoric is being used: in some Turkish media people were even discussing whether one should march straight on to Jerusalem. As Turkish ground troops crossed the borders, Ottoman janissary music was played to the soldiers. What kind of absurd performance is this? The operation is a way of satisfying the nationalists' fantasies of being a great power. It is really a disgrace. We must not forget: Turkey is a candidate for EU membership and a member of NATO.

Of course, there is also a domestic dimension: Erdogan is under pressure. He wants a war to close the ranks behind him – even the opposition is being forced to position itself behind him, because the Turkish public expects all parties to support the armed forces during a war.

The military operation was preceded by the withdrawal of U.S. soldiers from northern Syria. Many critics argue that U.S. President Donald Trump paved the way for Turkey's invasion in this way. Do the Kurds now feel abandoned?

Toprak: Of course, Northern Syrian Kurds feel left alone – Kurds the world over feel abandoned. Our relatives and friends in the region are reeling – the disappointment is huge. After all, the Kurds did not just fight for themselves in the Syrian civil war. They fought for the security of the West and they stood up for Western values. One thing is certain: without the support of the Kurds, IS would not have been defeated. The Kurdish militias in Syria and Iraq were quasi the ground troops of the West.

A "peace zone" is supposed to emerge in the region after the military operation. Syrian refugees are to be settled in this northern Syrian buffer zone. What do you think of this plan?

Toprak: Prior to the settlement there will be ethnic cleansing. The aim is to expel the Kurds. This is a crime against humanity and contravenes international law. The military offensive on Afrin back in Januar 2018 was accompanied by ethnic cleansing and expulsion – now the Turkish armed forces have invaded the other Kurdish cantons as well. The whole world seems to have simply accepted this. We would do well to remember the war in the Balkans, when war broke out and NATO intervened as ethnic cleansing began. 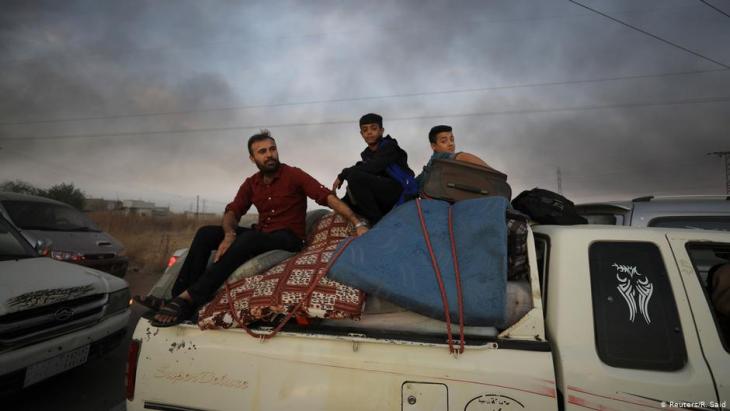 Renewed humanitarian catastrophe: according to the UN World Food Programme, more than 70,000 people have fled the border towns of Ras al-Ain and Tel Abjad. Both cities have been the focus of the Turkish attacks to date and are now said to be encircled

Does this mean that you want more solidarity from the West or even intervention?

Toprak: Yes. If the world continues to stand idly by, Erdogan will continue his policy of expansion indefinitely. Everybody likes to bash Trump, but Germany and Europe are partly to blame. The EU-Turkey deal has had no effect. It is absurd to support the Turkish government with billions of taxpayers' money, when this operation is likely to cause new waves of refugees. I am stunned by Europe's weak and inactive stance against Erdogan. By this week at the latest, the foreign ministers of the EU countries should have flown over to Ankara. Turkey’s NATO membership must be questioned immediately. The Turkish president only understands clear messages – the consequences must be made clear to him. This "appeasement policy" must come to an end, we need an active peace policy. The events in Northern Syria affect us all, new refugees will come and with them Islamists.

There is talk of civilian victims and tens of thousands of people fleeing because of the military operation. Is your community in contact with the victims on the ground?

Toprak: Many members of our community have relatives in the region. They have reported the first air raids. But at some point, the telephone connections collapsed – presumably cut by the Turkish authorities. I am convinced there will be a humanitarian disaster. Tens of thousands of people have already packed their bags and fled. They have their backs to the wall.

The interview was conducted by Daniel Derya Bellut.

Among the 24 squads at the Euros, dozens of players with African roots will turn out in the June 11-July 11 tournament. Several of them are top names at this pan-continental event ... END_OF_DOCUMENT_TOKEN_TO_BE_REPLACED

Reading Hassan Blasim's God 99 is an immersive experience of grief and exaltation, anger and disgust, writes Marcia Lynx Qualey. We join the Iraqi narrator as he sits around in ... END_OF_DOCUMENT_TOKEN_TO_BE_REPLACED

Turkey's parliamentary and presidential elections are scheduled for June 2023. But they are already casting a shadow. While the opposition is calling for early elections, ... END_OF_DOCUMENT_TOKEN_TO_BE_REPLACED

Recep Tayyip Erdogan, disappointed by the European Union’s reluctance to integrate Turkey into its ranks, has re-directed his country’s diplomacy toward the Maghreb and Africa to ... END_OF_DOCUMENT_TOKEN_TO_BE_REPLACED

A law is currently being debated in Morocco that would legalise the cultivation and export of medicinal cannabis. For many small farmers, this would bring considerable advantages ... END_OF_DOCUMENT_TOKEN_TO_BE_REPLACED
Author:
Daniel Derya Bellut
Date:
Mail:
Send via mail

END_OF_DOCUMENT_TOKEN_TO_BE_REPLACED
Social media
and networks
Subscribe to our
newsletter