Interview with Amel Grami
Onward to a Modern Islam?

Tunisia has long been one of the most progressive countries in the Arab world with regard to women's rights. But even here neoconservative and Islamist ideas have increasingly been finding a receptive audience among young women. Beat Stauffer spoke with Tunisian religious scholar Amel Grami 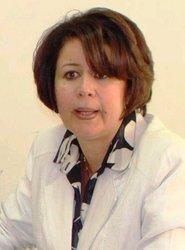 Amel Grami: "A whole generation of young people have no dreams, no ideals, no more hope. They simply sense that we have failed"

​​Is Tunisia still a role model for the Arab world in respect to women's rights?

Amel Grami: For several years now, unfortunately, Tunisia has no longer been a role model for the Arab-Islam world in this respect. There has been a clear regression. Since I am in direct contact with female students, I can observe how much of what we long fought to attain is being lost today.

Nowadays many female students are ready for a "retour à la charia". They call for the application of Sharia laws, even though they are unfavourable for women. They think, for instance, that the best way to solve the unemployment problem is for women to return to their stoves, and many wear the veil. They defend the traditional Islamic inheritance law and are convinced that much of value has been lost because of women's emancipation. Even polygamy does not really disturb them; instead, they see it as legitimate.

We emancipated women have obviously not done enough to disseminate our ideals and values. If you go strolling on the streets of Tunis today, you will see grandmothers and mothers typically not veiled, while the third generation is wearing headscarves. The return to religious thinking, the return to Islamic values is readily apparent. There are female doctors and engineers who proselytise for Islam – something nobody in Tunisia would have considered possible until recently.

How do you explain this re-Islamisation?

Grami: I think that the Arab media have played a very important role in this. We once used to be proud of our Tunisian culture, of our openness. But much has changed since we have come under the influence of the Arab media. Furthermore, there is a profound identity crisis that has been reinforced by the wars in Iraq and Lebanon. At present there is tremendous frustration in the Arab world, and people feel like they have been pushed up against the wall. In this situation they are seeking protection and support in religion.

The return to rituals and the strict observance of religious rules in this respect seems important to me. I see it as a kind of fetishism. For years they have been trying to "seduce women into wearing the veil". Here Arab TV stations have also played a decisive role. Today there is a headscarf vogue in Tunisia, something we have never witnessed before.

Don't young female Tunisians see the advantages that they enjoy compared to the women in most other Arab countries because of the relatively progressive women's rights situation in Tunisia?

Grami: To answer your question I must explain something. Ultimately, this all has to do with the fiasco of religious education in Tunisia. Religion has long been by far the least popular class in Tunisian schools, and the teachers have not been taking the lessons seriously. A whole generation of young people have not learned anything substantial about religion. 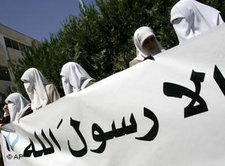 ​​Despite the reform initiated by former Education Minister Mohamed Charfi, not much has changed in this matter. He advocated a modern interpretation of the Koran, but his project failed, because the teachers were not convinced. They all had a very conservative understanding of religion and knew nothing about religious sociology, comparative religion, and the like.

Thus a whole generation has only a limited knowledge of religion, and young people have not learned much from their families either. If at all, they come into contact with religion in private circles, and here the Islamists play a central role.

Many religious programmes broadcasting over satellite TV convey a conservative or even a fundamentalist viewpoint. Aren't there any other TV stations that try to oppose this conservative content with a modern, secular viewpoint?

Grami: This is an important point. We find ourselves in this crisis because on the one hand many intellectuals have become indifferent to the issue and no longer want to get involved. They understand that their discourse, their worldview has little influence compared to the enormous influence of the TV preachers, for instance.

On the other hand, it seems to me that the Islamists are being actively encouraged to occupy this field. It has gone so far today that people who appear on TV discussion programmes are often made to look ridiculous if they hold liberal, moderate, secular views. For this reason many forward-looking intellectuals no longer want to participate in such programmes.

Why don't the governments in the Maghreb make an effort to oppose this religious conservatism? 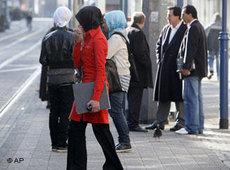 "Until a few years ago young people who felt scorned by their own societies could emigrate. Today the borders are tighter than ever, and those who still make it to Europe have a difficult time there as Arabs and Muslims"

​​ Grami: I have the impression that conservative Islamic circles are being encouraged and supported by the state. If you go to a book fair, you will see a vast quantity of religious literature. In contrast, critical books are often censored.

What, in your view, is the main reason for the increasing appeal of the neoconservative or even fundamentalist worldview in the Arab world? Is it primarily the feeling of being constantly humiliated by the West?

Grami: From the West, yes, but also from their own regimes. Such a development is not surprising when there is no freedom of speech, when it is impossible to openly discuss the key problems of a society, and when no progress is made on many issues. A whole generation of young people have no dreams, no ideals, no more hope. They simply sense that we have failed.

I have many students who know very well that a master's degree in Arabic literature is not worth much today. These young people feel humiliated in their own countries. Until a few years ago young people who felt scorned by their own societies could emigrate. Today the borders are tighter than ever, and those who still make it to Europe have a difficult time there as Arabs and Muslims. Today these young people know that there is no more hope for them. This is why they are seeking refuge in religion.

Let's talk about the role of women in religious institutions. Is this still a male domain in Tunisia?

Grami: For various reasons, feminists in the 1980s and 1990s did not even try to penetrate this sphere. Many female and male scholars in my generation studied Arabic language and literature as well as modern humanities. As a result, a number of interesting, new works on religious topics have been published. However, "Islamic feminism" – a movement that takes up feminist issues but supports them with Islamic arguments – has not been able to gain a foothold in Tunisia.

There was a very clear division among the women: Either you were feminist or religious. We emancipated women were not aware that we needed a project to oppose the Islamists and thus to defend modern, secular values. But this has now changed.

Do you consider the phenomenon of "Islamic feminism", which shows signs of turning into a movement, significant?

Grami: Yes, very much so. This movement will help young women develop a new, different idea of religion. As I mentioned earlier, moderate, progressive interpretations have very little influence compared to the orthodox and Islamist interpretations. The young generation does not even get the chance to find out that religious knowledge does not rest solely in the hands of men! There is no compilation of the works by female religious scholars, and many of these female authors have been silenced.

Grami: It varies from country to country. Female Islamists in Egypt have religious authority, while feminists are able to open new avenues in research. If both "camps" could join forces on a project, a synergistic force would be born.

Many obstacles could be overcome this way. This is also true of Moroccan feminists. They understand that they must at least selectively work with female Islamists. This is not possible in Tunisia, because here Islamist movements are banned and thus there are no self-confessed Islamists. They have to work in the underground and are afraid to step forward in public.

Interview with Asma Barlas
"It Is the Right for Every Muslim to Interpret the Quran for Themselves"
One of the scholars who try to offer a more emancipatory interpretation of the Quran is Asma Barlas. She closely examines the male-oriented interpretations of the Quran and offers an antipatriarchal alternative

Nahed Selim
The Prophet and the Women
What is the Koran's real attitude to women? Should every sura be taken at face value? Is it time for a change of attitude? Nahed Selim, a liberal Dutch Muslim, offers a female perspective on Islam's holy scriptures. Abdul-Ahmad Rashid reports

END_OF_DOCUMENT_TOKEN_TO_BE_REPLACED
Social media
and networks
Subscribe to our
newsletter