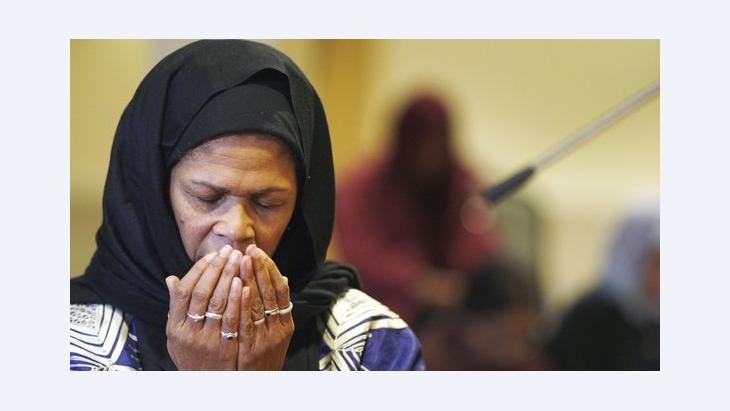 Interview with Amina Wadud
''Islam Belongs to All Its Believers''

Amina Wadud ﻿is an American scholar of Islam with a progressive focus on Koran exegesis. In 2005, she led Friday prayers in the US, which not only broke with tradition, it also triggered debate and Muslim juristic discourse on the issue of female imams. Interview by Abderrahmane Ammar

Your main fields of research include the Koran and gender. Does it matter whether the Koran is read by a man or a woman – and how do interpretations differ?

Amina Wadud: This is an important question, one that has not been asked in the history of Koranic interpretation until the present time. This is quite staggering because although our knowledge is very thorough and our intellectual tradition very strong, the question of whether it makes a difference if it is man or a woman reading the Koran was never posed. The issue was eventually raised in the 20th century and the answer is: Yes, it does make a difference. We can see this from the interpretation of the Koran generated by men until the 20th century.

Until the 20th century, not only do we not have any tafsir, i.e. exegesis generated by women, we don't even have a record of a Muslim woman writing anything in a journal that might serve as part of a legacy of women reading the Koran. 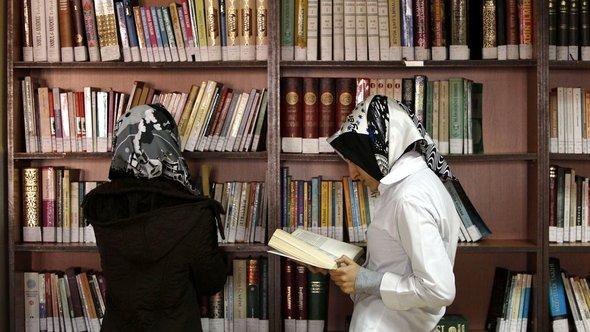 Call for religious justice: "We are a very intellectual community, Muslims have always had a strong history of intellectualism, but what we are doing now is challenging people to remember that Islam belongs to all its believers"

​​We know that women read the Koran, and that they have memorized the Koran from the time of the Prophet. But we don't know what women think about the Koran, we don't have any record of that. So we're trying to fill in the gaps and to construct a gender-inclusive reading that will open up the issue and give us a better understanding of what the Koran means for us as human beings. So yes, it does make a difference and the good news is that now we are aware of this, we can seize the opportunity to learn more about the Koran.

Do you think the ijtihad – independent reasoning in terms of the Koran and Islamic sources, may be revived?

Amina Wadud: I certainly agree with the need to respect those individuals who are experts. We are a very intellectual community, Muslims have always had a strong history of intellectualism, but what we are doing now is challenging people to remember that Islam belongs to all its believers, to all women and men. And if Islam belongs to all of us, then all of us have a stake in how Islam is articulated, how it is adjudicated, how it is used by governments and what kind of laws it produces.

And if Islam is not just and fair to all of us, to every single one of us, then it means Islam is not just and fair. So while each of us may not be an expert in every aspect of Islamic fiqh, i.e. jurisprudence, or tafsir, i.e. interpretation, the contribution we can make is to consider whether an understanding of Islam is being applied to our lives in a fair and just manner. In conclusion, even if we are not experts, we are not beyond influencing the discourse. 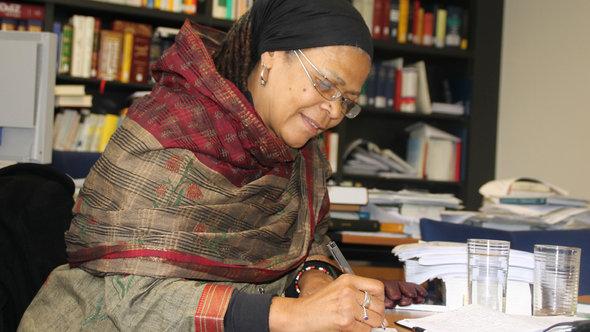 Progressive focus on Koran exegesis: As an Islamic feminist, Amina Wadud has lead Friday prayers in the US in 2005. These actions broke with established Islamic tradition which allows only male imams in mixed-gender congregations

​​There are ongoing debates in Germany and France on the subject of Islam as an integral part of the French or German identity. Do you believe this to be the case?

Amina Wadud: Yes, there is an authentic German and French Islamic identity. The problem is certain sectors of German society pretend that German culture is a homogeneous body of white people. This is unfortunate, in view of how multicultural most nations are these days. The world is much more dynamic, and basically I would advise them to accept the fact that tomorrow their son or daughter may marry someone from a Muslim, Turkish, Arab or Asian background – that this is absolutely a possibility.

So it's time to accept the reality that we are all sharing the planet, and that our citizenship is coincidently German, American, Indian or whatever. And our humanity is not going to be better because of our nationality.

Home
Print
Newsletter
More on this topic
Islamic Feminism and Reformist Islam: Against the Politicisation of the KoranReformist Islam after Nasr Hamid Abu Zayd: Who Will Protect the Koran from Itself?Dossier: Feminist Approaches to Islam
Related Topics
Feminism in Islam, Gender, Islam in Germany, Koran | Quran, Quranic studies | Koranic research, Sharia, Women in the Islamic world
All Topics

Sultana Khaya, 41, has been peacefully resisting the Moroccan occupation of Western Sahara for many years. Because of her campaign to assert the self-determination of the Sahrawi ... END_OF_DOCUMENT_TOKEN_TO_BE_REPLACED

Many Turks are dissatisfied with the international status of their country. At the same time, opinion polls reveal great scepticism among the Turkish population towards the USA. ... END_OF_DOCUMENT_TOKEN_TO_BE_REPLACED

Very different Western reactions to the suffering in Ukraine and the Arab world show that there is a profound rift among cultures. Essay by Michael Young END_OF_DOCUMENT_TOKEN_TO_BE_REPLACED

Tunisia's president has been carrying out a coup by degrees, demolishing the country's hard-fought democratic gains bit by bit. With an economy in turmoil and a splintered ... END_OF_DOCUMENT_TOKEN_TO_BE_REPLACED

Turkey is turning towards the Turkic nations of Central Asia, intensifying its economic, diplomatic and military relationships with these countries. So what is driving Turkey’s ... END_OF_DOCUMENT_TOKEN_TO_BE_REPLACED
Author:
Abderrahmane Ammar
Date:
Mail:
Send via mail

END_OF_DOCUMENT_TOKEN_TO_BE_REPLACED
Social media
and networks
Subscribe to our
newsletter