Peace Process as an Empty Phrase

Amira Hass is the only Israeli journalist who shares the day-to-day lives of the Palestinians she writes about. In this interview, she talks about her latest book ("Gaza") and about the situation facing Palestinians who live in the occupied territories. Lennart Lehmann talked to her

Amira Hass is the only Israeli journalist who shares the day-to-day lives of the Palestinians she writes about. In this interview, she talks about her new book (“Gaza”)and about the situation facing Palestinians who live in the occupied territories. Lennart Lehmann talked to her 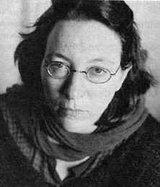 ​​How did it come about that you moved to Gaza in order to report from there?

Amira Hass: In 1991, the newspaper "Ha'aretz" suggested I should document the process of change in the Palestinian territories after Oslo. In my book, I portray the situation in the Gaza Strip between 1991 and 1996. Nonetheless, the book is still relevant, because it describes the feelings of frustration after the collapse of the Oslo talks – feelings that led to the second Intifada.

What exactly do you mean by "frustration"?

Hass: For the Palestinians, Oslo was not a peace process, but a new and indirect occupation by non-military methods - namely, by means of the systematic cordoning-off of the areas in which they lived. Open occupation was replaced by economic control of the autonomous territories and limitations on the local population’s freedom of movement. This process began in 1991. It had nothing to do with the suicide bombings and everything to do with the Israeli settlements. As Israel refused to change its policy on Jewish settlements, the Palestinian Authority broke off talks with Israel. And since 1991, every Israeli government, left or right, has maintained a certain political line that is leading, not towards two states, but towards demographic separation – in other words, towards apartheid.

How do people in the region view the peace process right now?

Hass: “Peace process” is seen as an empty phrase, because there is no process and because no justice is being created. Moreover, different people have different understandings of what peace means. The Palestinians cannot imagine peace without true independence; they have no desire to live in a protectorate. They would consent to a two-state solution - but how can they call their country free when no Palestinian can go more than three kilometres without encountering an Israeli tank? Israelis, on the other hand, feel that they’ve stuck by the literal wording of the Oslo agreements - and the settlements weren’t properly discussed in Oslo. Since then, Israel has felt that peace is possible without giving up the settlements, and that the Palestinians will simply have to get used to them. But the settlements were the reason the Intifada broke out in the first place. Israelis, however, think that Palestinians are fighting Jews just because they’re Jews – that the suicide attacks are designed to foment chaos, as a way of damaging Israel.

Did you encounter difficulties when you first went to Gaza?

Hass: No, it was very easy. Right at the start, I made contact with human rights organisations and with other journalists. I always immediately outed myself as a Jew, but there were never any problems. Many Arab men could speak Hebrew because they were working in Israel. At that time, I spoke no Arabic. These Palestinians also knew people in Israel, were capable of differentiating among them, and didn’t hold stereotyped views. Today, it would no longer be so easy. The cordoning-off of the Palestinian territories since 1991 means that contact has been lost, along with the ability to differentiate.

You criticise both sides. How do you deal with the situation on an emotional level?

Hass: Depending on the situation, I’m subject to spontaneous feelings of sympathy or aggression towards Palestinians and Israelis. For instance, when I see an Israeli soldier standing guard over a position in the Palestinian territories, I feel sorry for him, and I can see the fear in his eyes. I hate the Palestinian gun-nuts who patrol the streets so smugly. I have friends in Gaza, and in Israel. One has to distinguish between the ad-hoc situations and the larger framework I’m part of.

You have experienced hostile reactions from both sides. Why?

Hass: Certain people in Israel were not pleased when I reported on atrocities committed by the Israeli army, such as the shooting of children. And by the same token, certain circles in Gaza don’t like it when I describe how alleged collaborators are shot dead in the street by Palestinian militiamen.

What were your best and worst experiences in all this time?

Hass: In April 1995, I was almost forced to leave Gaza. Arafat had set up a Security Council in February of that year, in order to put pressure on Hamas. There were a lot of arrests as a consequence. People were taken into custody on trumped-up charges, and they were often sent to prison without any verdict having been spoken. Some trials lasted only 20 minutes and were conducted without any lawyers for the defence. After I wrote about this, I was summoned by the Palestinian Secret Services, who told me to get out within three hours. The intelligence officer told me this was necessary to ensure my safety – otherwise, he said, something might happen to me or my car.

I felt as if I had wandered into a bad spy film. I turned to some people I knew in Fatah and the People’s Front for the Liberation of Palestine, because I knew that this intelligence officer was a PFLP man. Later, the order [to get out] was rescinded. So there were people who risked their position in order to help me. That was a frightening experience, but also a good one. On another occasion, a Hamas activist told me, “The best thing you can do for Gaza is to write a book about it.” Not being read was another bad experience. During my entire time there, only two of my colleagues from Israel got in touch with me; and they both expressed their surprise: “Anyone who reads your books must think the occupation is still going on.”

How will the situation develop?

Hass: I am a journalist. I report on what has happened, not on what might happen tomorrow. Society has to change. The occupation is counter-productive for security, and a political solution must ultimately be coupled with an end to the occupation. And it is an occupation, even if Sharon doesn’t want to call it by that name. But as long as the terminology is misleading and things are not called by their true names, there can never be a solution of any kind.

This interview was first published in the German magazine Neues Deutschland.

END_OF_DOCUMENT_TOKEN_TO_BE_REPLACED
Social media
and networks
Subscribe to our
newsletter