"Polyphony and Contradictions Are Considered Indispensable in India"

Ever since Salman Rushdie's novel Midnight's Children won the prestigious Man Booker Prize in 1981, there has been a whole series of very successful Indian writers. Hans Dembowski discussed the significance of bestseller writers such as Aravind Adiga, Arundhati Roy and Shashi Tharoor with Anant Kumar 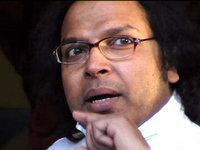 "Topics that cry out for literary attention": Anant Kumar, Indian author, currently based in Kassel, Germany

​​Who is the audience of Indian authors that write international bestsellers?

Anant Kumar: Well, on the Indian subcontinent, there is only a small stratum of society that has a sufficient command of English to read these books in their original version. Authors who write in one of the Indian languages reach a much larger number of people. In India, the authors of international bestsellers are often only known by name, either from the news¬papers or the radio – yet the books themselves are hardly taken notice of. Commercial success is something that the authors in question primarily enjoy in English-speaking countries abroad.

Indian authors attract global attention to critical observations about their own country. Are they considered with scepticism? Only recently, I listened to an Indian literary critic who was upset about Aravind Adiga's White Tiger. I, for my part, appreciated the vivid depiction of the violence-prone relationship between rich and poor.

Kumar: Indeed, many Indians feel that people abroad are only interested in India's poverty and the country's immense social disparities, and both phenomena, of course, are real. Whenever writers choose such topics, some people are swift to accuse them of slander. Often, they merely notice that dark sides of Indian reality have become the subject of literature, and they fear for the country's image. 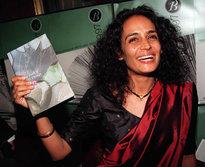 "International street worker": Arundhati Roy won the 1997 Booker Prize for first and, so far, only novel, The God of Small Things

​​These topics, however, actually cry out for literary attention. The tendency was obvious in the late 1990s, when Arundhati Roy won the Booker Prize for The God of Small Things. Her book tells of poverty and violence between religious communities – and straight away, she was accused of denigrating India. The book itself, that I happen to rate quite high, didn't play a major role in India.

I remember an Indian friend sneering at Roy because she was mostly seen in blue jeans in Delhi, but chose to wear a sari at the Booker Prize ceremony in London. My friend considered her an opportunist.

Kumar: To conservative people, women's traditional clothing is a sign of appreciation of Indian culture. Ideas of dignity and respectability hinge on clothes too. These people will not understand how others can handle clothing in a more playful way. They were not entirely mistaken about sensing a bit of rebellion in Roy's jeans in India. If the same woman then wears a sari at a solemn celebration in the West, they do not see that as a pledge of allegiance to India, but rather as an attempt to curry favour with the West – as if Roy had needed to remind anyone in England of her roots.

​​By the way, I find it quite fascinating that after her big literary success, Roy hasn't written any fiction whatsoever. She now writes political essays – about the WTO, nuclear weapons, major dams, the Kashmir region and other topics.

She appears to me like a child of globalisation, even though she will certainly consider herself a sceptic of globalisation. My impression is that Western counter-culture and non-governmental organisations approve of her more than Indian readers do.

Kumar: That is certainly so. Roy has become something like an international street worker. I see myself the same way. She interferes and argues in a very passionate way. Of course one does not have to share all her views in order to recognise her as a forceful essayist.

Let's return to my first question: who is the international audience of successful Indian authors?

Kumar: Most of the books are sold in the United States and the countries of the Commonwealth. Countries like Germany or France are not particularly important markets. Indeed, English-language literature from South Asia – not only from India, but from Pakistan or Bangladesh too – has become part of the mainstream in Britain, the USA, Canada and Australia.

Is this about the experience of migration and clashing cultures? In the books of Chitra Banerjee Divakaruni or Jhumpa Lahiri, that is quite evident. 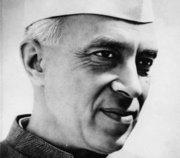 ​​Kumar: Yes, both women write beautiful stories, but they don't really have much to do with everyday life in India. However, they have a lot to do with the reality of life as experienced by the huge Indian diaspora, which is scattered over many wealthy countries. Every year, the US issues many thousands of student visas to Indian citizens. It should not be underestimated how many Indians from the educated middle classes are gaining experience abroad, or have done so earlier – and these people tend to read the authors we are talking about now.

Isn't this an audience that will have an impact on India's development in the long run?

Kumar: Maybe so, and I hope that the impact will be positive; but I cannot make the assessment yet. Perhaps we should discuss the issue again in 20 years.

But don't successful authors benefit from a romantic idea of India that is prevalent in the West?

Kumar: Important representatives of the genre would object, and quite strongly so. Shashi Tharoor, the former deputy of Kofi Annan at the UN and now a minister of state for external affairs in Delhi, is a brilliant author besides being a brilliant diplomat. He once said that what sets him and his colleagues apart as authors is that they write about India without any sense of romanticism. In a way, he sees himself as an ambassador of India who is driven by his country's reality rather than dwelling on palaces, tiger hunts or sunsets over jungle clearings.

​​I find it remarkable that Tharoor is now an MP for the Congress Party and a top-level diplomat in the Foreign Ministry. The Congress doesn't come off well in his novel about the independence movement and India's first decades after liberation from colonialism.

Kumar: Most of his fellow MPs probably do not even know his books. They do not have to, his writing does not matter in their constituencies, nor does it matter in national politics. On the other hand, I have no doubt that Tharoor belongs in the tradition of Jawaharlal Nehru, independent India's first prime minister. Nehru always stressed India's culture and its values, while insisting on enlightenment and modernisation at the same time. Basically, he resented the British for blocking enlightenment and modernisation for so long. Nehru's goal was a cosmopolitan nation with modern technology and strong ties to its cultural foundations.

In The Great Indian Novel, the book I just mentioned, Tharoor mocks Nehru as a blind visionary who succeeds in convincing everybody else of his visions, even though they are able to see reality for what it is.

Kumar: The metaphor is beautiful in literary terms, and it doesn't change anything about Tharoor being quite close to Nehru. He is Indian and cosmopolitan at once, he is rooted in our classical culture and happily twitters digital messages.

I don't think that a German political party, like the Christian Democrats, would tolerate an author in its ranks who mocked Konrad Adenauer, their leader after World War II. Nor would the Social Democrats tolerate an MP that made fun of their hero Willy Brandt the way Tharoor does of Nehru, and, by the way, his daughter Indira Gandhi too.

Kumar: In many things, India is a lot more tolerant, pluralistic and indulgent. In the Vedas, the Hindus' holy scriptures, it is unmistakably stated that there always is more than one point of view and that this is the way it has to be. Polyphony and contradictions are accepted, they are considered indispensable and irrefutable.

Tharoor's Great Indian Novel is based on the Mahabharata, a big mythical oeuvre. Tharoor even rewrote its religiously relevant poem, the Bhagavad-Gita. Why doesn't he get in trouble with fundamentalist forces?

Kumar: (Laughs.) Maybe the Hindu-supremacists haven't noticed yet; but it is more likely that they tacitly acknowledge his literary competence. In order to avoid looking churlish, they don't argue with him on these lines.

This kind of tolerance, however, is not what Salman Rushdie experienced with the Satanic Verses.

"Salman Rushdie's artistic relevance cannot be over-stated": According to Anant Kumar, the scandal evolving around The Satanic Verses substantially damaged Rushdie and his literary work

​​Kumar: The scandal revolving around that novel was a catastrophe, yes; but it did not start in India, nor was it started by Indian Muslims. It was Iran's spiritual leader and totalitarian ruler of 20 years ago, Ayatollah Khomeini, who pronounced the fatwa and called upon Muslims all over the world to kill Rushdie because of his "blasphemy". This cruel prosecution policy has substantially damaged Rushdie and his literary work. It is admirable that he never caved in to the pressure. Instead, he kept on writing one great novel after another.

The Satanic Verses are banned in India. Midnight's Children, however, his sarcastic and trenchant novel about the Indian history of the 20th century was not, even though he ridiculed the Congress Party.

Kumar: The Congress was in power at the time, and it is always very sensitive about anything that regards or merely might regard the Muslim minority in India. On the one hand, the Congress simply ignores criticism by novelists. No doubt, the Indian establishment doesn't particularly like Rushdie. He is quite an exhausting character, sparking literary fireworks about everything and mocking everyone. He is inconvenient and also quite hard to read. But thanks to his elaborate plots and the sheer force of his vocabulary, he has added real treasures to English-language literature. His artistic relevance cannot be over-stated.

In India, however, people are mostly aware of him bashing India.

Kumar: Indeed, he often expresses critical views about India, but I think it matters much more that, in all of his books, he reveals the power of Indian culture, which unites Hindus and Muslims and is not even diminished by poverty.

Shashi Tharoor's Nehru Biography
India's Secular Legacy
In his book "Nehru: The Invention of India", Shashi Tharoor, who has worked at the UN in New York since 1978 and was tipped as a possible successor to UN General Secretary Kofi Annan, goes in search of India's first prime minister. By Gerhard Klas

END_OF_DOCUMENT_TOKEN_TO_BE_REPLACED
Social media
and networks
Subscribe to our
newsletter