According to André Azoulay, advisor to Morocco's King Mohammed VI and head of the Anna Lindh Euro Mediterranean Foundation, cultural dialogue plays a key role in cooperation between the EU and the southern Mediterranean countries. Moncef Slimi talked to him 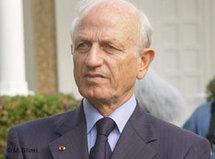 Founded in 2005, the Anna Lindh Foundation aims to promote intercultural dialogue between the EU and the southern Mediterranean states

​​Can the newly established Mediterranean Union correct the mistakes made during the Barcelona Process and provide new impetus for efforts towards peace in the Middle East?

André Azoulay: The "Union for the Mediterranean" will help to correct the problems of the Barcelona Process, particularly improving the chances of a peaceful solution to the Middle East conflict. A union that brings together the Israelis, Palestinians, Syrians and Egyptians – almost all the Arabs plus Israel around one table - lends clear legitimacy and acceptance to the efforts towards a wide-ranging and just peace. And I think Europe can play a responsible role in this solution.

Azoulay: In my opinion, the European Union ought to be making more efforts to push the peace process ahead – especially to compensate for the current vacuum in Middle Eastern diplomacy partly due to the US election campaigns. In this context, we must not forget that the Barcelona Process was born from the dynamics of the Madrid Conference in the early 1990s. 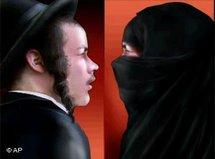 If dialogue between Muslims and Jews can work in Morocco, says Azoulay, it should work in other regions too

​​To what extent do economic interests dominate relations between the northern and southern Mediterranean countries?

If the "Union for the Mediterranean" succeeds in formulating new visions for a genuine, all-encompassing partnership on equal terms around the Mediterranean, it would be significantly more legitimate than other initiatives.

What understanding of security should a policy on the Mediterranean based on partnership adopt?

Azoulay: As I see it, one cannot reduce the security issue to purely technical measures nowadays. A state's security is primarily based on how well it is accepted by those around it. It is also the product of the overall development of the economy, civil society and democratic consciousness. The "Union for the Mediterranean" will take us closer to this understanding, as it is based on the three pillars of policy, the economy and culture.

What is the significance of combating extremism and terrorism in the current debate on revitalising Mediterranean policy?

Azoulay: Again, neither extremism nor terrorism are security or justice problems alone. Combating these radical phenomena is a task for the whole of society and the international community. 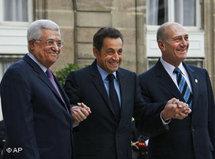 ​​The role of cultural dialogue in institutionalising a wide-ranging architecture of Euro-Mediterranean cooperation seems to be unclear. What is the Anna Lindh Euro-Mediterranean Foundation for the Dialogue between Cultures doing to close this gap?

Azoulay: I don't agree. After all, the Paris Declaration on the foundation of the Union for the Mediterranean expressly emphasizes the key role of cultural dialogue - as an important instrument for bringing nations together and increasing understanding between them.

Apart from that, the Anna Lindh Euro-Mediterranean Foundation’s activities and projects call attention to the need to integrate numerous stakeholders in civil society and public figures in Europe and the southern Mediterranean states. Only with the aid of cultural dialogue can a productive dialogue come about between the civil societies on the two sides of the Mediterranean.

To my mind, the key aspect is ultimately winning people for these projects, so that we can implement viable and sustainable cooperation strategies. The Anna Lindh Euro-Mediterranean Foundation will be focusing on this task over the next three years.

André Azoulay was previously an advisor to the Moroccan King Hassan II, and now advises his son and successor Mohammed VI. In addition to his many professional activities, Azoulay has been promoting peace and dialogue between the Arab Muslim world and the Jewish communities in Europe, North America and Morocco and in the Arab and Jewish diaspora for more than 30 years. He has received many awards for his achievements, including France's highest decoration, the "Légion d'Honneur".

Mediterranean Union
First Partner, Then Neighbour, Then Member State?
Now that Germany and France have settled their differences about the "Union for the Mediterranean", the conference marking the establishment of the union will show whether the project is a coherent concept for the future of Euro-Mediterranean co-operation. By Isabel Schäfer

Learning about Cultural Diversity
Mind the North-South Gap
In 2004, Traugott Schöfthaler was appointed to set up the Anna Lindh Foundation in Alexandria, Egypt, in order to create new forms of dialogue between North and South. In this article he takes a look at the lessons learnt during the past three years

END_OF_DOCUMENT_TOKEN_TO_BE_REPLACED
Social media
and networks
Subscribe to our
newsletter