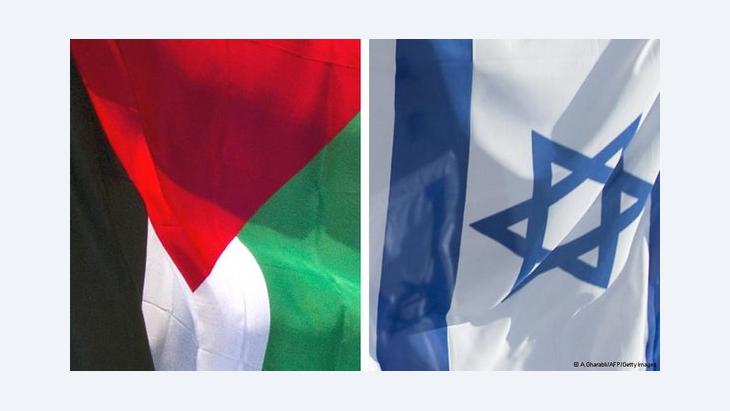 Interview with Andreas Reinicke
''A Phase of Strategic Reorientation''

Andreas Reinicke, the EU's Special Representative to the Middle East Peace Process, believes that Egypt will continue to play a constructive role in the region in the future. He also urges Israel's new government to agree to a two-state peace solution. Michael Knigge spoke to him about the situation in the Middle East

An estimated 70,000 people have died in the Syrian civil war so far. Following an alleged Israeli airstrike, Iran and Syria recently threatened retaliation. Egypt faces continued violent clashes between the Muslim Brotherhood and the opposition ... Over the past few weeks, have you ever considered giving up your job as EU Special Representative to the Middle East peace process?

Andreas Reinicke: On the contrary, I have considered doubling the job or the working hours. But of course, you are right. The situation in Syria in particular is worrying and tragic. The air strike on a site near Damascus is just another indication of how difficult the security situation is in Syria, also relating to its neighbours. We have the additional problem of the Syrian poison gas potential, which everyone is worried about, and the problem of the Palestinian refugees. There are about one million Palestinian refugees in Syria who are trying to remain as neutral as possible because they have no alternative, nowhere else to go. Some have fled to Jordan and Lebanon; one can only imagine the additional problems that that will generate.

In the past, Egypt has often played a very constructive and important role not only in the Israeli–Palestinian peace process, but also in the wider Middle East in general. Do you believe that Egypt – with a government headed by the Muslim Brotherhood – can assume this role in the future? Egypt's President Morsi recently made remarks that make it seem unlikely.

Reinicke: It is important to remember that the entire Arab world and the region are going through a phase of strategic reorientation. Previous coalitions are no longer working properly, and the players have changed. We've already mentioned Syria, Morsi and Egypt are another area, Saudi Arabia is seeking a new role, and the Gulf States also wonder what the future will bring in relation to their ties with Iran. This all adds up to many new constellations.

One thing is clear, however: Egypt will play a major role even under the new president. I am in touch with the Egyptians, discussing the possibilities, and it is a long-drawn out discussion process. Egypt realises that it has to be constructive, and in the case of the Gaza conflict, it has already shown that it is willing to play a constructive role. 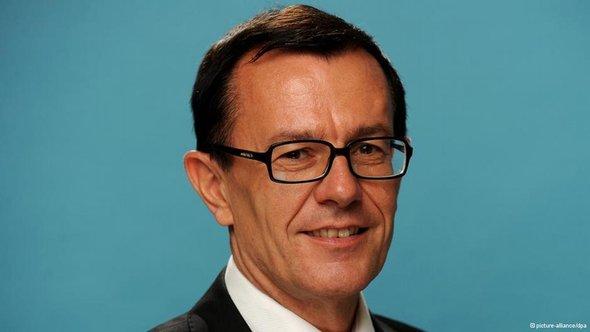 According to Andreas Reinicke, a solution to the Israeli–Palestinian situation is "in everyone's interest, also in Egypt's". He hopes that with the will of the US administration, with its new secretary of state, John Kerry, and the EU, progress can be made in the coming four years

So you're not afraid that Egypt will hamper rather than drive the Middle East peace process?

Reinicke: I believe that all states, including Egypt, realise that the Israeli–Palestinian conflict is a problem that has to be solved. They know their actual problems are domestic. They also know that the Palestinian conflict is a problem that causes unrest in the entire Arab world. A solution is in everyone's interest, also in Egypt's. But it is a difficult process and we hope that, with the new US administration and the willpower of the EU and its 27 member states, we can make a new attempt this year and make some headway.

You've mentioned the US, whose commitment is generally regarded as indispensible for a chance at success in the Israeli–Palestinian peace process. Do you see any signs and are you hopeful that President Obama will make a fresh start in the peace process during his second term in office?

Reinicke: The US plays an important and decisive role in the solution of the conflict, we all know that. But the Europeans will also play an increasingly important role in the future; the European Foreign Ministers have repeatedly made remarks along those lines over the past months.

We've heard US Secretary of State John Kerry's remarks at the Senate hearing, showing the significance he attaches to the issue. The coming weeks and months will show how things develop. In any case, the EU, the EU's foreign policy chief, Catherine Ashton, and I are in close contact with the US administration to explore how we can take these steps together.

What do you expect from the new Israeli government, which is itself an important part of any solution to the Middle East conflict?

Apart from the Israeli–Palestinian conflict, the debate about the Iranian nuclear program is another hotspot for the entire region. Recently, the US and Israel once again said that they would not tolerate Iranian nuclear weapons and would not exclude a military option. What is the EU's position on this issue?

Reinicke: You know that the EU and EU foreign policy chief Catherine Ashton have a Security Council mandate to hold talks with Iran. We have been negotiating with great patience and seriousness for quite a while now. We will continue in that vein for the time being and hope the Iranian government will understand how serious the situation is and recognize the chances and opportunities the new US administration is offering it.

Andreas Reinicke served as Germany's ambassador to Syria from 2008 to 2012. He was appointed the EU's Special Representative to the Middle East Peace Process in February 2012.

Egypt hopes to jump-start the action needed to face a warming world when it takes the presidency of major UN climate talks in November, but warns that countries need a "reality ... END_OF_DOCUMENT_TOKEN_TO_BE_REPLACED

A ceasefire has been in effect in Libya for the past year and a half. Yet after Russia's attack on Ukraine, another proxy war looms in Africa's most oil-rich country. Mirco ... END_OF_DOCUMENT_TOKEN_TO_BE_REPLACED

It is the biggest order in the history of the Siemens Group: a 2,000-kilometre railway network for high-speed trains is to be built in Egypt. But the project raises numerous ... END_OF_DOCUMENT_TOKEN_TO_BE_REPLACED

Archaeologists have discovered 250 sarcophagi and 150 bronze statues during excavations in the necropolis on the western bank of the Nile. ... END_OF_DOCUMENT_TOKEN_TO_BE_REPLACED

The lack of grain supplies from Ukraine is forcing Egypt to act. Now even the Toshka project is being revived to grow grain in the desert. Birgit Svensson travelled to see it END_OF_DOCUMENT_TOKEN_TO_BE_REPLACED

END_OF_DOCUMENT_TOKEN_TO_BE_REPLACED
Social media
and networks
Subscribe to our
newsletter