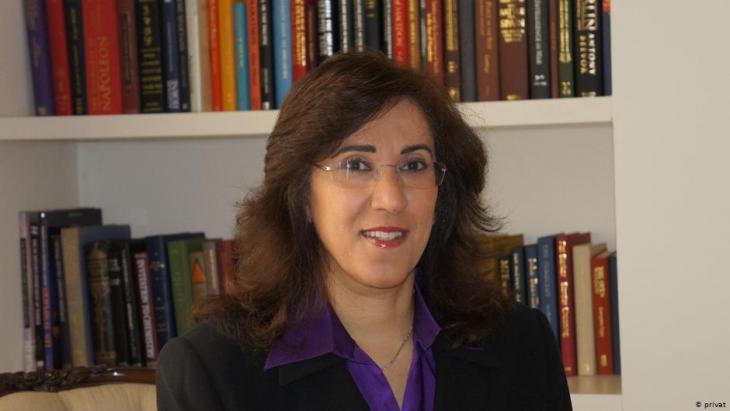 "Death penalties are the norm in Saudi Arabia"

The Middle East Eye is reporting that religious activists are once again to be executed in Saudi Arabia. Mass executions continue to increase in the country, says Saudi social anthropologist Madawi Al-Rasheed in an interview with Nermin Ismail and Hassan Hussain

Middle East Eye, an online platform devoted to news from the region, has reported on Saudi plans to imminently execute three religious activists. Clerics Salman al-Odah, Awad al-Qarni and Ali al-Omari are expected to be put to death once Ramadan, the Muslim month of fasting, ends on 4 June. The German branch of Reporters Without Borders, along with Human Rights Watch head Kenneth Roth, immediately shared the news on Twitter. The report has also been picked up by Al-Jazeera and other Arabic media.

Can you confirm the report that three Muslim clerics are about to be executed in Saudi-Arabia?

Madawi Al-Rasheed: Based on what I know, Saudi courts have not yet handed down the death sentence. But the public prosecutor is clearly considering the death penalty. The judiciary has brought 37 charges against cleric Salman al-Odah alone. The Saudi regime could exploit the tense political climate in the region to carry out the death sentences – especially when it comes to allegations concerning ties to Qatar or conflicts with Iran. The three clerics are accused of terrorism and espionage, as well as being members of the Muslim Brotherhood. So once again, we're expecting to see death sentences – though nobody can know for sure.

Following the murder of dissident journalist Jamal Khashoggi, the Saudi regime saw that the international community was in no way prepared to impose sanctions or jeopardise its own economic interests. The U.S. government, in particular, ignored its own CIA reports about the killing, as if President Donald Trump were simply trying to exonerate Saudi Arabia.

The report in Middle East Eye cites anonymous sources, making them almost impossible to verify. Is it possible that someone is deliberately trying to tarnish Saudi Arabia's image, as argued by regime loyalists?

Al-Rasheed: It's true; the report doesn't name its sources. But that's nothing unusual. Saudi dissidents often speak to international media under condition of anonymity. Otherwise, they risk facing reprisals by the regime. In this respect, the Saudi regime is not doing itself any favours by undermining transparency and shrouding its practices in secrecy.

But Saudi Arabia's approach toward executions speaks for itself. A month ago, 37 individuals were suddenly put to death. And the mass arrests that took place over the past three years are unprecedented. The Saudi regime is responsible for the lack of information concerning these incidents, not non-governmental organisations that make every effort to publicise these facts. The figures speak for themselves: according to Human Rights Watch and Amnesty International, Saudi Arabia has executed more than 100 individuals in the past six months.

Some exiled dissidents have argued the Gulf monarchy may be disseminating such information ahead of time – as a sort of test, to see how the international community reacts to the death sentences, or to slowly prepare people for what's to come. Do you think this is plausible? 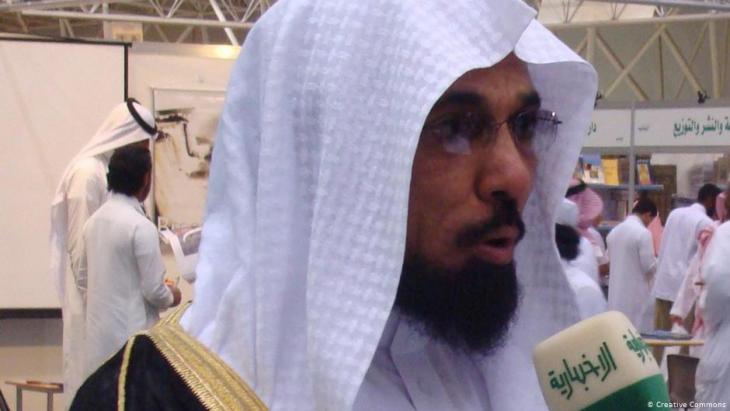 Currently in custody and facing the death penalty: Saudi preacher Salman Al-Odah has millions of social media followers. Saudi Arabia announced at the end of April that it had executed 37 men for "forming terrorist groups". The executions took place in six regions – one of the victims was subsequently crucified. This punishment is imposed for particularly serious crimes. According to Human Rights Watch, 33 of the 37 execution victims were Shias. According to the UN, three of them were minors at the time of their conviction

Al-Rasheed: I can't confirm this. News of a death sentence always comes as a shock. Cleric Salman al-Odah, for example, is very well known. Even though no Saudis would protest in streets over the ruling, Salman al-Odah's execution would not go unnoticed. He can't be called a terrorist; it was his ties to Qatar that were his undoing.

Why is there so little international criticism against the Saudi state of affairs?

Al-Rasheed: Plenty of criticism is expressed on the non-state level by western NGOs and the media. They have focussed on the arrested female activists and have managed to make an impact. But the three men facing the death sentence have long been known to be clerics. Maybe that makes them less interesting. Or maybe they're seen as representatives of political Islam, even though they have stood up for democracy.

So it's just a question of time until the next wave of executions?

Al-Rasheed: Yes, that's what I fear. Death penalties are the norm in Saudi Arabia – but recently, mass executions have become a regular event. Last month, the 37 individuals were executed at the same time; peaceful activists and even teens were among them. Young people are being put to death because they joined the Arab Spring protests, demanding reforms. They were only 16 years old when they were arrested. It's appalling that the Saudi state lumps them all together and executes them – as if human lives are worth nothing.

Madawi Al-Rasheed is a social anthropologist and a visiting professor at the London School of Economics and Political Science (LSE) Middle East Centre.

As Qatar prepares to host the 2022 FIFA World Cup, the country has come under fire for its treatment of migrant workers, with some nations calling for a boycott of the contest. ... END_OF_DOCUMENT_TOKEN_TO_BE_REPLACED

German Middle East analyst Guido Steinberg and television journalist Ulrich Tilgner have both published new books on the conflicts in the Middle East. Their analyses and their ... END_OF_DOCUMENT_TOKEN_TO_BE_REPLACED

Televised Turkish dramas are all the rage in the Middle East. A young Ottoman TV Empire has been expanding its soft power by harnessing regional dialects, Arabic names and viewers ... END_OF_DOCUMENT_TOKEN_TO_BE_REPLACED 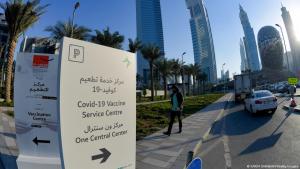 Despite media reports to the contrary, travel agents say there's no such thing as vaccine tourism in Dubai right now. Currently only residents and nationals may access ... END_OF_DOCUMENT_TOKEN_TO_BE_REPLACED

END_OF_DOCUMENT_TOKEN_TO_BE_REPLACED
Social media
and networks
Subscribe to our
newsletter