Interview with Archbishop Desmond Tutu
"We Must Not Disparage Another Faith"

Desmond Tutu was one of the twenty spiritual and political leaders from around the globe who compiled a United Nations report on the assumed divide between the West and the Muslim world. Peter Philipp talked to the Nobel Peace Prize laureate about the report's outcome 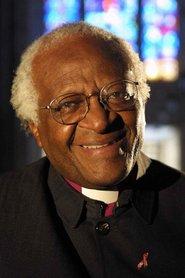 ​​You were one of the signatories of the document that was presented to Kofi Annan, and you were very optimistic that this would promote understanding among civilizations. What is it that makes you so optimistic.

Desmond Tutu: I am not optimistic – I am hopeful! I am filled with hope. One of the reasons is that we ourselves that produced the report as a group were a diverse group. And yet we were able to come to a considerable consensus on very many points that we discussed, and that is – I think – a very important paradigm, an example for the rest of the world.

Secondly, my belief is that no religion is inherently violent or encourages violence. Just think of the fact that in many cases, and for so long, people have existed side by side. I mean, here in Germany you have had many Turks for a very long time – many of them being Muslims – and there was no violence. In England, there were people from Asia for many, many, many years. And what you need to ask is: why were they able to live happily, amicably, all these many years? And why (are we in a crisis) now? And our report says that most of the crisis is due to political, economic factors – not religious factors.

But how come, then, that religion is brought into the game by almost every side?

Tutu: Well, it's not the first time. Constantine hoped to be able to use religion to unite all of his empire. And religion is a very important part of people's lives, an important Reverend Desmond Tutu is a South African cleric and activist who rose to worldwide fame during the 1980s as an opponent of apartheid. Tutu was elected and ordained the first black South African Anglican Archbishop of Cape Town, South Africa, and primate of the Church of the Province of Southern Africa. He was awarded the Nobel Peace Prize in 1984 for his fight against apartheid. part of who they are. If you are a Christian and I say to you, "The Bible says…," you stand up and you take notice. And this is why we are getting so many controversies.

Religion gets to be abused quite often – it's not the first time – to justify slavery, to justify even the holocaust, for instance. It was used to justify apartheid. So we have to be aware that people are trying to manipulate the public.

What is the best remedy against this?

Tutu: What we said in the report. (laughs) Well, mainly we have to respect different faiths. We mustn't despise, disparage or speak ill of another faith. And we have got to try to be sensitive to what other people consider to be important. And some of us sometimes get a bit reckless.

When we were fighting apartheid, I had a Jewish rabbi on the one side and a Muslim imam on the other side. So how is it that we were able to cooperate together against that particular evil if our faiths are inherently hostile to one another?

You singled out one political problem as the central problem – the Middle East problem. And without finding a solution for that you agreed that it will not be possible to promote dialogue between civilizations.

Tutu: Especially between the West and the Muslim world we were very careful right at the beginning to stress that what we're talking about is not bipolar; it's not just "the West" and "the Arab world" – it is multi-polar. People in different parts of the world, who are not Muslims, also feel sidelined. People in the so-called "Global South" feel the same sense of humiliation, of being disempowered, and they share some of the resentments that are felt by people in the Muslim world.

But we concentrated on (the Muslims world) because, clearly – whether you like it or not – it is in the forefront of the consciousness of most people. And we said if we try to resolve the tension between the West and the Muslim world we are not going to achieve anything if we ignore the Middle East. Because the Middle East, for all kinds of reasons and for all sides, tends to exacerbate difficulties, problems.

We are all aware of what happened when Lebanon was invaded, and even more recently, what has happened in Gaza with the killing of 18 civilians. I mean, you would have to be blind not to see that this is the issue. And if that issue is dealt with we don't think that every other problem will disappear. But then the other problems will tend to be seen in their proper dimensions.

Was this everything, this document that you published, or is there a next step? What are you going to do next?

Bishop Margot Käßmann
No Integration without Common Values
Bishop Margot Käßmann of the Lutheran church in the German state of Lower Saxony argues that young German Muslims will have an influence on the nature of European Islam. Peter Philipp spoke to her

END_OF_DOCUMENT_TOKEN_TO_BE_REPLACED
Social media
and networks
Subscribe to our
newsletter