"Integration Is a Top Priority"

Armin Laschet of the conservative CDU party is North Rhine-Westphalia's first Minister for Integration, the first minister of that kind in Germany. In this interview with Petra Tabeling, he talks about the headscarf and the necessity of integration 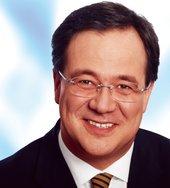 ​​What, for you, would be a "serious integration policy" – aside from questionnaires, "Leitkultur" debates and making German obligatory in schoolyards?

Armin Laschet: The real question is, what is the goal of integration? And the goal of integration is to make the people living among us into equal participants in our society. They don't all have to become German citizens. But they should have the same opportunities to work here, to contribute toward the GNP and to play a role in this society.

That is integration: when they don't stay in their 'parallel societies', but maintain their cultural identity while keeping up their contacts to mainstream society, also cultivating their own language, but not becoming isolated. Integration policy tries to support this.

In the government's statement Minister-President Rüttgers said that integration policy determines the cohesion of society. If 25 percent of the people in North Rhine-Westphalia come from an immigrant background and do not join with the other 75 percent in a common society, an explosion is possible at any time, as in Berlin or in France. Integration must come to be the crucial task of every government.

Why does North Rhine-Westphalia need a ban on headscarves? How much sense does a ban make when it only affects a minority?

Armin Laschet: That is a bill proposed by the coalition parties. I believe it's correct to make it clear that a teacher has a special obligation to be neutral. When there are three girls in the class and three are wearing headscarves and two aren't, there is often a lot of pressure on the girls without headscarves. Here the teacher functions as a role model. In this sense, I find it quite justifiable to make a law establishing the teacher's obligation to be neutral.

It only affects teachers, not public servants. The question is simply: does a teacher have a special obligation to be neutral? A teacher can't even wear an Angela Merkel sticker, because that would overstep the bounds of neutrality.

Alice Schwarzer [one of Germany's leading feminists] once said to me that she even wishes the headscarf law could be extended to schoolchildren as well to give girls the freedom to decide for themselves one day whether they want to wear it or not.

Ten or twenty years ago there wasn't this tendency for headscarves to be worn at an earlier and earlier age – we are now talking about seven- and eight-year-old girls. Here women's rights are colliding with cultural traditions that aren't necessarily based on religion.

Shouldn't every German state have an Integration Ministry like North Rhine-Westphalia does?

Armin Laschet: The states will have to decide that for themselves. But we've seen that this kind of ministry that is also responsible for children, young people and women has visible effects. I believe other states will follow suit. Berlin has already responded by making the Commissioner for Foreigners' Affairs a minister of state in the Chancellery.

How important do you consider dialogue and cooperation with associations such as the Central Council of Muslims, the DITIB (DİYANET İŞLERİ TÜRK İSLAM BİRLİĞİ, Turkish Islamic Union of the Institution for Religion) and similar institutions? Are you calling for an umbrella association as a discussion partner?

Armin Laschet: We have set ourselves the goal of introducing religion lessons in the schools. However, at the moment we do not have a partner with whom we could have a binding discussion about the curriculum. That is why we have called on the associations to agree on common representatives. That is not easy.

For example, there's the DITIB, which is very closely tied to the Turkish state, and they'd be a good discussion partner, but we can't discuss religious classes here in Germany with another state. I think in the long run we will find a solution, however.

On the whole we have good chances of making integration succeed. The Turkish Muslims who live in Germany are familiar with the separation of church and state and may be more reconciled to the western world than others.

You are also the chair of the Federal Expert Panel on International Cooperation and Human Rights. Wouldn't it be possible to recognize and naturalize refugees who have an exceptional leave to remain (as shown by Spain's example)? As it is, only two percent are given the right to stay in Germany...

Armin Laschet: That's a discussion that is already going on. We have many, many cases in which highly-educated students who speak perfect German are just about to take their school-leaving exams and are then deported. And others are brought to Germany with a huge effort and taught German. I see a certain illogic there. And that is why North Rhine-Westphalia is pushing for a solution to the right to stay.

Germany's Minister of the Interior, Wolfgang Schäuble, has also announced that he wants to make this an issue. I believe he will be more flexible in his office and on this issue than his predecessor. I hope we will agree on a regulation for the right to stay this year.

Integration in Germany
"Immigrants Still Feel Like Guests"
France is facing the worst racial unrest in decades. Could the same happen in Germany, home to a large immigrant population which has been spared violence so far? Experts are skeptical. Mathis Winkler reports

Commentary Zafer Senocak
A Disastrous Marriage with No Hope of Dissolution
The relationship between Germans and Turks in Germany is on the rocks. The public discourse on the matter is characterised by mutual prejudice and misunderstanding. A commentary by Zafer Senocak

Integration Debate in Europe
Liberal Disclaimers
Citizenship tests are all the rage from Stuttgart to Vienna, from the Hague to Frankfurt. They posit a laissez-faire culture – and promote the very opposite, as Robert Misik argues in his opinion piece.

END_OF_DOCUMENT_TOKEN_TO_BE_REPLACED
Social media
and networks
Subscribe to our
newsletter