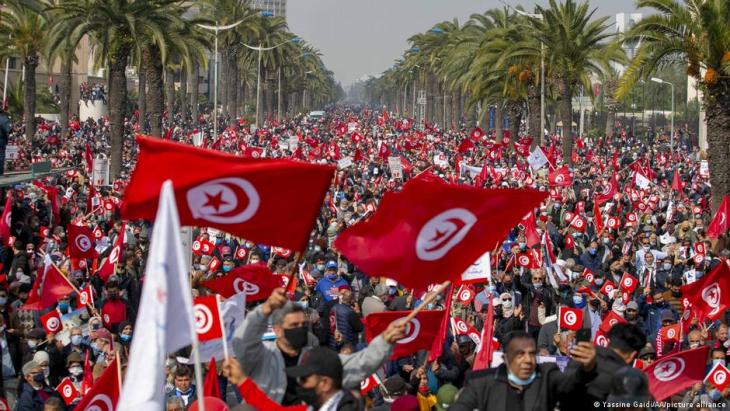 Interview with Asef Bayat
Examining the Arab Spring revolutions from within

Asef Bayat, professor of Sociology at the University of Illinois, Urbana-Champaign, has been studying revolutions and how they affect people since 1979. In his recent book, "Revolutionary Life: The Everyday of the Arab Spring", Bayat takes a new approach to studying revolutions by focusing on how they affect citizens in their everyday lives. Tugrul von Mende spoke to him about how his understanding of revolutions has changed over the past 20 years

Prof Bayat, in your book, you write that "we need to know what revolution means at the base of society, how it plays out in the social realm, in everyday life, and among the grassroots". How did revolution manifest itself for the people with whom you spoke and how much does theory reflect everyday life in reality?

Asef Bayat: Let me be clear that a narrative of revolution at the top – about political power, the state or regime change – remains indispensable for any reasonable understanding of revolution. But it is not sufficient. We need to know what it means at the base of the society. In the cases I have examined, revolutions came to permeate everyday life; they were articulated in distinct sentiments and practices at grassroots level and significantly impacted on the social realm.

"You Have Not Yet Been Defeated", a collection of essays by Alaa Abd El-Fattah, was recently published in English. How much did this book influence your own thinking and those to whom you spoke? 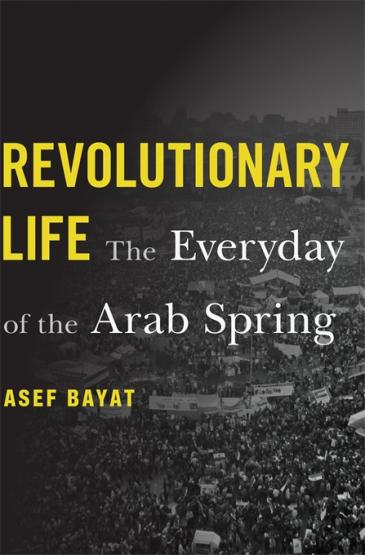 In his new book, "Revolutionary Life: The Everyday of the Arab Spring" Asef Bayat describes the Arab Spring as a case of a "refolution", a revolution that engenders reform rather than radical change

Bayat: I am eager to read Alaa's book soon. In my book Revolutionary Life, I engaged with Alaa's wonderful poem, which was published on the eve of the uprising. His hope and his vision are inspiring, especially as many in the region and in exile are experiencing despair. If we look at these revolutions through the prism of democratisation, we can say that they are failures. In fact, in some countries, there is more repression now than before the revolutions. But if we change the lens and look at the base of the societies to see what has happened in the social and cultural realms, it is difficult to simply declare the end of these revolutions because, as I said earlier, so many ideas have changed, people have developed new visions and expectations that even the counter-revolutionary regimes cannot ignore and so have to adjust their policies to address this emerging consciousness and these expectations.

Even though the focus of your books is on Tunisia and Egypt, in what way are the events in Lebanon, Iraq and Sudan a continuation of 2011 and have an impact on the wider region?

Bayat: It is fair to say that all of these events belong to the family of "refolutions", a new generation of the twenty-first century revolutions that are rich as movements but quite feeble in terms of change. They all have the potential to establish some kind of pluralist polity, but are dangerously vulnerable to the whims and intrigues of the incumbent elites and their allies, whether within the government or in the region. But as much as counter-revolutionary elites learn from each other, so too do the revolutionaries. Revolutions in Lebanon, Iraq and Sudan or Algeria came later and so have had a chance to observe and possibly avoid the shortcomings of the earlier ones. A good example is Sudan, whose management of its revolution has been quite inspiring, even though the military rulers, who are encouraged by Egypt, are poised to undo the whole revolutionary enterprise.

Turning to the role of the West and the European Union, do you think the West understood the process of the revolutions? Moreover, what are your expectations regarding their role in fostering democracy in the region?

Bayat: I think that the Western powers view these revolutions fundamentally from the perspective of their own national interests. If establishing democracy was in their interest, they would support it; otherwise they would oppose it. In fact, the Arab Spring showed how inconsistent certain Western countries – notably the US – were in supporting or opposing the revolutions. Tunisia largely escaped from the attention of the US – although France was deeply worried about what was happening there. The US remained ambivalent with respect to Egypt. It supported the uprisings in Syria and Libya, but disapproved those in Bahrain and other Persian Gulf states.

Today, in North Africa, people who care about democracy and human rights are very disappointed, if not outraged, by the practical complicity of the US and the EU with respect to the counter-revolutionary coups in Egypt, Tunisia and Sudan. Many people in Sudan feel that the military is dismantling their democratic revolution and yet the reaction of the US and the EU does not go beyond simply paying lip service to a "democratic opening" in these countries. No serious action has come from these Western governments.

People in Arab countries have been talking more openly about sex and sexuality for some time now, especially on social media. And for the first time ever, they have the vocabulary ... END_OF_DOCUMENT_TOKEN_TO_BE_REPLACED

Alaa Abd el-Fattah, arguably Egypt’s most prominent democracy activist, has just been handed another lengthy prison sentence. Despite this, a book of his writing has recently been ... END_OF_DOCUMENT_TOKEN_TO_BE_REPLACED

A prominent rights group in Egypt, the Arabic Network for Human Rights, is ending operations just as the country braces for a controversial NGO law. Is this the beginning of the ... END_OF_DOCUMENT_TOKEN_TO_BE_REPLACED

Moncef Marzouki was Tunisia's first democratically elected president after the fall of dictator Ben Ali. Today he is the most prominent critic of increasingly counter- ... END_OF_DOCUMENT_TOKEN_TO_BE_REPLACED

Every year in December, the team at Qantara.de takes a look back at the articles that proved most popular with our readers. This year is no different. Here is a run-down of the ... END_OF_DOCUMENT_TOKEN_TO_BE_REPLACED

In this new bilingual edition, translated by Humphrey Davies, al-Jawbari, one of the thirteenth century's leading experts in skullduggery reveals all there is to know about the ... END_OF_DOCUMENT_TOKEN_TO_BE_REPLACED
Author:
Tugrul von Mende
Date:
Mail:
Send via mail

END_OF_DOCUMENT_TOKEN_TO_BE_REPLACED
Social media
and networks
Subscribe to our
newsletter