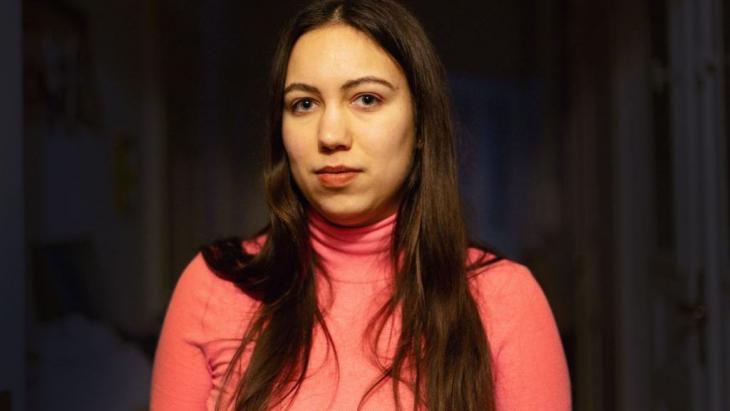 Ronya Othmann's novel "Die Sommer" (The Summers) tells the story of Leyla – the daughter of a German and a Yazidi Kurd – who visits her grandparents' Yazidi village in northern Syria every summer until the village ceases to exist. Schayan Riaz spoke to the author

Ms Othmann, in your debut novel, the main protagonist, Leyla, is the daughter of a German woman and a Yazidi Kurdish man – just like you. Leyla recalls the summers she spent as a child in her grandparents' Yazidi village in Syria. Are these your memories too?

Ronya Othmann: Naturally, the things that Leyla knows, I know too. I also travelled to Syria as a child and I remember well that we weren't allowed to say that we were going to Kurdistan. I was aware that there were intelligence agencies, spies. My father was often unable to come with us, because he'd escaped and wasn't allowed to return. There were pictures of Assad everywhere. I registered that as a four-year old and always found it alarming. But essentially, Leyla is just a character I'm working with. She's very passive. It's not a carbon copy of my story or that of my family. It's like telling something in the subjunctive. What would happen, if…

So how do you ensure the necessary distance? After all, you're trying to write a fictional story, but the events are similar to your own experience?

Othmann: I think Leyla and I have a very similar life experience, but our personalities are totally different. And I also wrote in the third person. That gave me plenty of distance.

How did you conduct your research?

Othmann: The book begins at a time when all that's left are memories. The world that Leyla knows is no longer the way it used to be. Her grandparents' village no longer exists as it once was. I noticed that in this kind of situation, it's important to hold on to certain things, to record them. But errors occur in the process. When I spoke to my sister, for example, she had quite different recollections of certain things.

I just had the one perspective, but I realised that that's not enough when you're writing a novel. So I did a lot of reading and also spoke to my father. He has a very detailed memory of things. And he loves to talk. His oral narratives have a particular dramatic quality, which is part of Kurdish-Yazidi tradition. 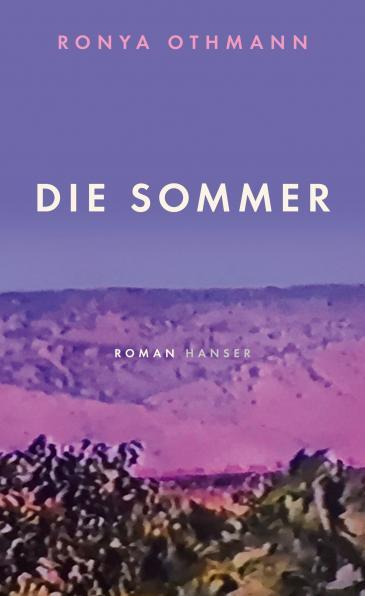 Author and journalist Ronya Othmann, who recently published her debut novel, "Die Sommer" (The summers), is the recipient of a number of awards. She says that the Kurdish-Yazidi identity and the Kurdish language are being erased and adds that writing a novel like "Die Sommer" is "perhaps a form of resistance against this obliteration, against this re-naming, against homogenisation"

As the daughter of a German and a Yazidi Kurd, how do you deal with the question of identity?

Othmann: I get annoyed with all the questions about identity, because they seek to homogenise all identities. Die Sommer will probably be read as a German or Kurdish story, but that's just one aspect of it. Identities such as Leyla's cause a stir. Leyla is queer; she's a lesbian. That alone isn't really supposed to be part of her Kurdish-Yazidi identity. In other words, she's a combination of several identities and things.

What I actually meant was that Kurdish-Yazidi culture isn't really present in German society, let alone in literature. Is Die Sommer an attempt to create more space for this identity?

Othmann: On a political level, perhaps. In Turkey and Syria, Yazidi life has been all but obliterated. In Iraq too, by the genocide in Shingal. Most Yazidis there are no longer living in villages, but in camps. Many are still on the run. Their identity is being erased, it's disappearing. It's the same for Kurdish. The Kurdish language is disappearing. Kurdish cities in Turkey are being renamed. Kurdish isn't an official language and isn't taught in schools. This re-naming process – this suppression – is still ongoing. So, writing a novel like Die Sommer is perhaps a form of resistance against this obliteration, against this re-naming, against homogenisation.

In the book, it's primarily Leyla's white friends who don't appear to be interested in the genocide. How do you deal with such disinterest in real life?

Othmann: Some of my friendships have been destroyed by it. When your own family is directly affected by genocide, then your level of involvement is totally different. The date 3 August 2014 is ingrained in my mind. I have white friends who show their solidarity every year, who are interested and ask questions. And then there are those who somehow can't do that. For them, it was an issue in 2014 because it was on the news, but somehow, they have forgotten it now. I can't forget it. There's no compromise for me. Then you feel as though you're in some kind of different reality.

And yet it's also a German problem.

Othmann: Islamic State member Jennifer W. is on trial in Munich and her Yazidi victims are also here. One can't just ignore that; one is part of this racism. People here need to realise that. Germany's been a country of immigration for decades, but in my view, foreign policy is sometimes treated as less important. Because it's all just so far away.

Do you also experience racism as a person of mixed German-Kurdish heritage?

Othmann: I pass as completely white. But certain people say that I only win prizes because of my immigrant background. Or they praise me for how well I write in German. I write about political matters. I'm writing a book about this genocide because it's an actual part of my reality. But then there are people – and I find this absolutely horrendous – who say to me that the war in Syria and the genocide are actually a good thing because now everyone wants to read what I'm writing. I think that's outrageous. It's so grim. I would give anything to stop the war. This envy of the white majority society is just so perfidious. What a thing to say! As a writer, you work with language; you write about subjects such as racism, genocide, war and displacement. But I would give back all the literary prizes in the world, exchange them all to end this war.

Does the media lack a certain sensitivity when addressing the subject of war and genocide?

Othmann: I think it's very important to write about it and report on it. The images hurt, but not showing them isn't a solution. What I find difficult is when victims are exploited. For example, I personally find it disgusting to describe IS survivors as "sex slaves". Why aren't they simply described as "survivors of the genocide" or "activists"?  The very fact that they talk about what happened makes them activists. They regain control of the interpretation of their own identity.

As far as the Middle East goes, everything is shrugged off as normality. I can still remember the attack on the "Charlie Hebdo" offices in Paris and how the citadel in the Kurdish city of Erbil was lit up in the colours of the French flag. This should also be happening in reverse. Deaths outside Europe shouldn't be dismissed as collateral damage. Imagine if 2,800 German women had disappeared, instead of Yazidis! Do you think the world would have remained just as silent? I don't think so.

Any reconciliation between Turkey and Syria’s Assad regime would have disastrous consequences for many Syrians, explains Syria expert Kristin Helberg END_OF_DOCUMENT_TOKEN_TO_BE_REPLACED

Iraq bears the scars of decades of conflict and has seen its antiquities plundered, yet the House of Manuscripts' collection has managed to survive END_OF_DOCUMENT_TOKEN_TO_BE_REPLACED

As Syrian camps housing families of Islamic State fighters get more dangerous, there are calls to bring children out, even if the mothers don't want to go. The idea of separating ... END_OF_DOCUMENT_TOKEN_TO_BE_REPLACED

Morocco has taken the 2022 World Cup by storm, with the northwest Africans reaching the semi-finals for the first time in their soccer history. As the knockout match approaches, ... END_OF_DOCUMENT_TOKEN_TO_BE_REPLACED

The Islamic Republic has been unable to quell the civil unrest that erupted three months ago, after Mahsa Amini died after being detained for violating hijab rules. Now the ... END_OF_DOCUMENT_TOKEN_TO_BE_REPLACED

The Kurds are under attack from two sides: from Turkey, and from Iran. The situation in their territories in northern Iraq is becoming increasingly desperate. Birgit Svensson ... END_OF_DOCUMENT_TOKEN_TO_BE_REPLACED
Author:
Schayan Riaz
Date:
Mail:
Send via mail

END_OF_DOCUMENT_TOKEN_TO_BE_REPLACED
Social media
and networks
Subscribe to our
newsletter