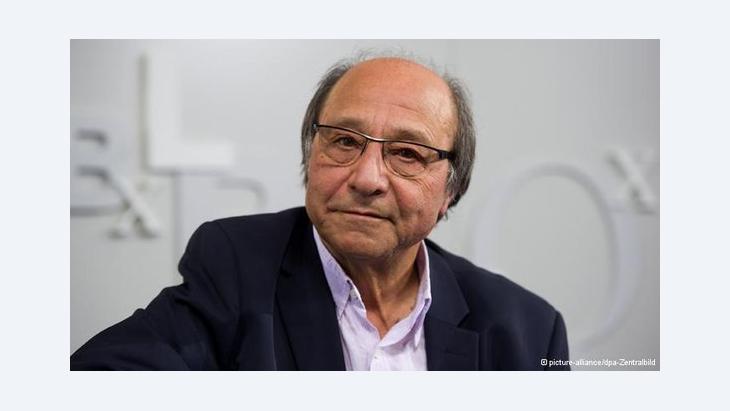 Interview with Bahman Nirumand
The Pasdaran Holds the Reins of Power

﻿Many consider the Pasdaran, Iran's Revolutionary Guards, to be the real centre of power in Iran. In this interview with ﻿Shahram Ahadi, Bahman Nirumand talks about how the role of the Pasdaran in the Islamic Republic has changed in recent years and its possible influence on the presidential election

﻿Mr. Nirumand, the "Sepah Pasdaran", ﻿the Revolutionary Guards in Iran, was founded in 1979. It functions separately from the regular army and its mission – at least officially – is "to protect the values of the Islamic revolution and the basis of the Islamic state." Since then, its mission and powers have been extended enormously. Can the ﻿Revolutionary Guards be described as the true rulers in Iran?

Nirumand: Yes. In fact, there has never been such a concentration of power as this in Iran's entire recent history. Today the "Sepah Pasdaran" is the most powerful authority in Iran – politically, economically, and militarily.

The regular army plays a very secondary role to the Pasdaran, which is armed with the most modern weapons. It is very powerful and it decides on all military questions, while the regular army has receded completely into the background.

So the Pasdaran is well-armed. Is it also prepared for a potential military strike by Israel? After all, there have been plenty of verbal threats in the past few years. 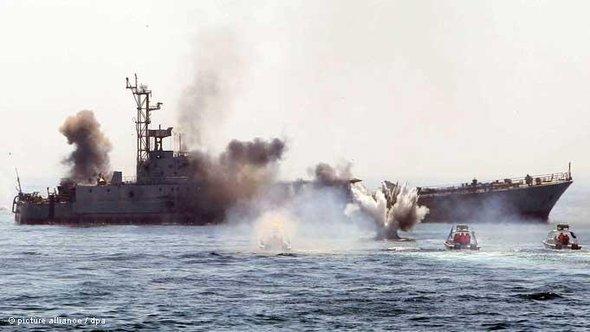 "Today the 'Sepah Pasdaran' is the most powerful authority in Iran – politically, economically and militarily. The regular army plays a very secondary role to the Pasdaran," says Bahman Nirumand

​​Nirumand: I think it is prepared. Iran has many, many ways of defending itself. It's obvious which targets might be attacked. It has modern rockets and warships and is very capable of inflicting damage on the US or  other states.

The Pasdaran has always had a military presence, but how has its economic power changed?

﻿﻿Nirumand: It is now considered the biggest economic power in the country. For one thing, the Pasdaran receives concessions for all large infrastructure projects in Iran. Whether it's dams, road-building or the construction of ports or airports, the Pasdaran is involved in all major projects.

On top of that, it controls the ports and airports – and therefore the whole market – imports and exports and above all the black market. It can bring goods into the country or take them out without paying duties or taxes. The Pasdaran is also involved in oil projects. It's incredible the things that the Pasdaran has brought under its economic control.

What role does the Pasdaran play in the conflict with the West over Iran's nuclear ambitions?

﻿Nirumand: The Pasdaran is directly involved in decision-making, not only on the nuclear power conflict, but also on all other important political matters. It is very deeply involved in the nuclear programme, and I don't think any decisions are taken on it without the agreement of the Pasdaran. 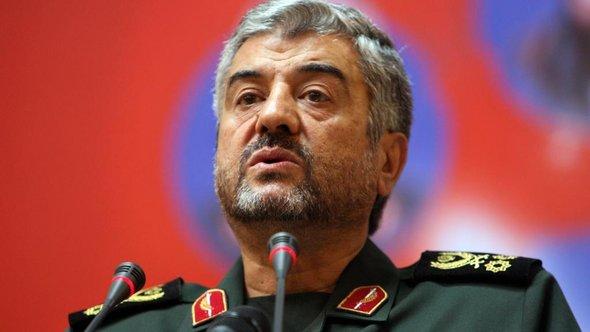 ​​It also determines Iran's negotiating policy. The Iranian negotiating delegation officially takes instructions from the revolutionary leader, Ayatollah Khamenei, but behind him is the Pasdaran, which really makes the decisions.

Is there any area at all where the Pasdaran doesn't wield any influence?

﻿Nirumand: No. It is also the most powerful political force in the country. Its former commanders sit at the levers of power. In 2005, when Mahmoud Ahmadinejad was elected president for the first time, he put Pasdaran commanders in most of the government positions, and all the key ones.

Mahmoud Ahmadinejad also relied on the support of the Pasdaran for his highly controversial re-election in 2009, but now their relationship seems very strained. Why is that? 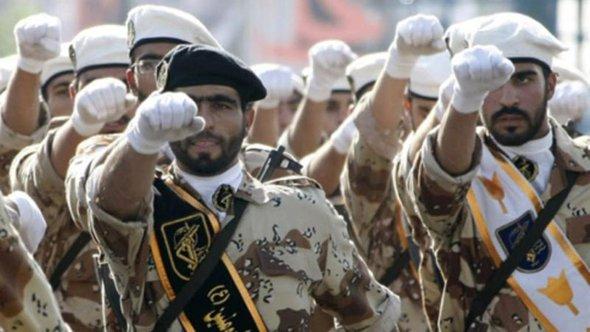 A force to be reckoned with: the Pasdaran began consolidating its position of power in the Islamic Republic after the Iran–Iraq war. Since then, it has built up a veritable economic empire and acquired unprecedented political influence

​​Nirumand: That's down to the differences of opinion between the revolutionary leader and the president. Khamenei has actually given Ahmadinejad a lot of support, not just during his first tenure, but also during the 2009 election. Even the electoral fraud that took place then must have happened with Khamenei's consent. So Khamenei felt that Ahmadinejad would simply receive his instructions and do everything that the revolutionary leader wanted.

But since 2009, the president has become defiant and started to plot new courses – particularly against the conservative clergy in Iran. The friction between Khamenei and Ahmadinejad continues to grow, especially with regard to the election, and the Pasdaran seem to have taken Khamenei's side, at least its leading generals have.

﻿The Pasdaran has made that very clear. It says that it wants to ensure "healthy and correct" elections, which means that it wants to be directly involved and aims to get Khamenei's candidate elected. How the Pasdaran's grass-roots feel about this is hard to say. I'm sure Ahmadinejad still has his supporters there.

Bahman Nirumand is an Iranian-born journalist, political analyst and author of several books. He lives in Berlin.

The protests in Iran have entered their third week with no indication that Tehran is prepared to address the demands that are echoing through the streets. Radio Farda’s Hannah ... END_OF_DOCUMENT_TOKEN_TO_BE_REPLACED

Just as the Islamic Revolution fundamentally changed Iran 43 years ago and had an impact far beyond the country's borders, the current wave of protests sweeping the country is set ... END_OF_DOCUMENT_TOKEN_TO_BE_REPLACED

The death of Mahsa Amini at the hands of Iran's "guardians of morality" is only the latest, tragic example – in a neverending chain of state repression and excessive police ... END_OF_DOCUMENT_TOKEN_TO_BE_REPLACED

In "Iran. Die Freiheit ist weiblich", journalist Golineh Atai describes the dogged resistance of courageous Iranian women against the Islamic Republic and the mullahs who have ... END_OF_DOCUMENT_TOKEN_TO_BE_REPLACED

Iranian artist Parastou Forouhar has lived in Germany since 1991. Full of rage, just like the protesters, she hasn't yet given up on the idea of justice. By Julia Hitz END_OF_DOCUMENT_TOKEN_TO_BE_REPLACED

Fariduddin Attar’s "The Conference of the Birds", one of the seminal works of Islamic mysticism, has recently been published in sumptuously illustrated German translation. It ... END_OF_DOCUMENT_TOKEN_TO_BE_REPLACED
Author:
Shahram Ahadi
Date:
Mail:
Send via mail

END_OF_DOCUMENT_TOKEN_TO_BE_REPLACED
Social media
and networks
Subscribe to our
newsletter