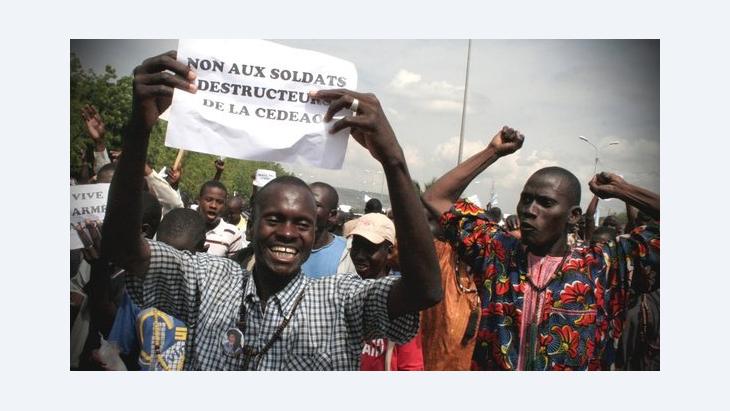 ''In the Arab World, We Africans are Viewed as Inferior Muslims''

The French military intervention in Mali has triggered controversial reactions among Muslim intellectuals in West Africa. While there is almost universal rejection of jihadism, opinion about France's political motives is divided. Charlotte Wiedemann spoke to the Senegalese political scientist Bakary Sambe

Dr Sambe, you have consistently spoken out in favour of the French intervention in Mali. The war has now been going on for three months. Can there be a military solution to the problem of militant Islamism in Mali?

Bakary Sambe: Of course the problem cannot be solved by military means alone. But general security in West Africa was under threat from the armed jihadists in Mali. This is why I supported the intervention.

There is now a great deal of debate over the role of France, and I certainly do not support any neo-colonial interests that France might possibly associate with its course of action. Politically speaking, I grew up with the criticism of European colonialism and imperialism. But it is important that people understand that there is now such a thing as Arab imperialism, and we have to fight that too.

What exactly do you mean by 'Arab imperialism’?

Sambe: For some time now, the proponents of international Wahhabism have been working on a plan to establish a Wahhabi zone of influence that extends right across the entire Sahel region, from Niger, northern Nigeria and Mali through to Senegal. This represents a huge threat to our brand of Islam, which has always lived in harmony with local cultures. 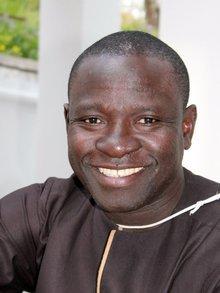 Dr Bakary Sambe teaches and researches at the Centre for Religious Studies at the Université Gaston Berger in Saint-Louis, Senegal. His specialist subjects are the trans-national networks of militant Islamism and Arab-African relations

​​Organisations that are financed by Arab nations such as Kuwait, Qatar and Saudi Arabia are attempting what could be described as an "Islamisation" of our region; they want to bring their idea of "true Islam" to sub-Saharan Africa. This is pure ideology motivated by an Arab paternalism that I vehemently oppose. The attempt to "Arabise" us is based on a total denial of our culture as African Muslims. The destruction of the mausoleums in Timbuktu was an extreme example of this.

In Mali, the leaders of the Islamist occupation in the North came from abroad, but they were also backed by a local minority. What is the reason for this? Poverty, as some claim, or an altered understanding of religion?

Sambe: Poverty is certainly a factor. The African state is weak and does not operate any kind of social policy. But above all, the state has withdrawn too much from the education system, leaving the field to non-state organisations that are financed out of Kuwait, Qatar and Saudi Arabia.

This is especially true of Mali, where the state education system is impoverished and religious players have been given too much room to manoeuvre. This gives rise to a parallel education system with an ideology that comes from abroad and over which the state has absolutely no control.

Although you denounce this Arab influence, you are also opposed to the term "Islam noir" – or "black Islam" – that some westerners are fond of using.

Sambe: This term was introduced during the colonial era and sought to infantilise us, the African people. Allegedly, we were so emotional because we were not as spiritually mature as the Arabs, who were consequently viewed as more dangerous. France has always tried to establish a barrier between the Maghreb and the sub-Saharan region, to prevent any intellectual exchange from taking place.

You speak of an inferiority complex that still affects African Muslims to this day. Where does this come from?

Sambe: In the Arab world, Muslims from sub-Saharan Africa are viewed as second-class Muslims, as sub-Muslims. Imagine this: in the fifteenth century, Timbuktu was an important city of scholars, and now, in the twenty-first century, Arab organisations come here, exploit our young people and tell them that it is their job to Islamise their societies! My response is this: Africa must stop importing ideologies from abroad and regarding itself as a kind of inferior Zone B.

Arab Muslims and sub-Saharan Muslims must at last develop a relationship built on mutual respect. It is still a relationship based on dominance. However, conversion has never been a one-way street. Each and every people that adopted Islam also gave something back to Islam. This was the only way that the universality of Islam could arise.

German Middle East analyst Guido Steinberg and television journalist Ulrich Tilgner have both published new books on the conflicts in the Middle East. Their analyses and their ... END_OF_DOCUMENT_TOKEN_TO_BE_REPLACED

On 7 March, Switzerland became the latest European country to vote in favour of a so-called "burka" ban. It was yet another feather in the cap of the right-wing populist Swiss ... END_OF_DOCUMENT_TOKEN_TO_BE_REPLACED

In Grenoble, France, two professors have been pilloried in a dispute over the use – or otherwise – of the term Islamophobia. Is freedom of speech in jeopardy? By Stefan Dege and ... END_OF_DOCUMENT_TOKEN_TO_BE_REPLACED

In his controversial book published in 2020, French author Pascal Bruckner describes anti-Muslim sentiment as a fiction, claiming that the term "Islamophobia" is being used to ... END_OF_DOCUMENT_TOKEN_TO_BE_REPLACED

Several media reports in recent weeks have focused on the potential threat presented by Islamist groups in Germany. The discourse is fraught with generalisations, both sides ... END_OF_DOCUMENT_TOKEN_TO_BE_REPLACED

END_OF_DOCUMENT_TOKEN_TO_BE_REPLACED
Social media
and networks
Subscribe to our
newsletter