The Syrian intellectual Burhan Ghalioun considers President Bush's first visit to the Middle East to be an attempt to isolate Iran and contain its increased influence by reaching out to other players in the region. Rashid Butayb spoke to Burhan Ghalioun 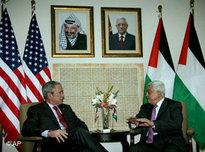 George Bush realised that Iran has successfully used the Palestine issue to its advantage. He now cheerfully announced the creation of a Palestinian state before he leaves office in 2009

​​Mr. Ghalioun, after seven years in power, the American president, George W. Bush, is finally paying a visit to the Middle East. What are your thoughts on the timing of this visit and what do you think Bush hopes to achieve by coming to the region?

Burhan Ghalioun: The sole purpose of this visit is to contain and limit Iran's increased influence and to lay the groundwork for the isolation of that country in the region. I believe that the Americans correlate the isolation of Iran with the push for a solution to the conflict in the Middle East, which includes the Palestinian question.

Moreover, Bush may hope that his visit will encourage Arabs not to lose faith in his administration even if the current negotiations for a peace settlement for Palestine should falter. This would help Washington isolate Iran.

Does that mean that the promises made at the summit in Annapolis were conditional?

Ghalioun: If there had been any palpable progress in the negotiations in Annapolis, the American President wouldn't have felt it necessary to make this visit. However, quite apart from the many obstacles that exist, the fact is that negotiations are very slow. It is even possible that no progress whatsoever is being made. Bush hopes that his visit will result in a guarantee of Arab support for his policy of isolating Iran in the region.

Ghalioun: Despite its mistakes, the influence of the United States in the Middle East has not diminished in any way. Nevertheless, it has not succeeded in making any progress in the peace process for one very simple reason: it does not want to exert any pressure on Israel. 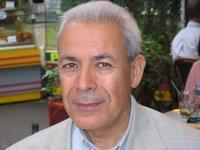 Burhan Ghalioun is presently the Director of the Centre d'Etudes sur l'Orient Contemporain, Paris, and a Professor of Political Sociology at the Universite de Paris III (Sorbonne Nouvelle)

​​We all know that the Palestinian issue has been at the heart of the crisis in the Middle East for over half a century now. The United States' unconditional support for Israel has impacted negatively on its position as an honest broker, on its policies, and even on the Arab regimes that have been linked to American support.

America's foreign policy in the region is undergoing a crisis and Washington is unable to reconsider its trajectories. Even if it did reconsider its policy after the invasion of Iraq, this policy is still very limited as far as the Palestinian issue is concerned.

Is there any sign of a project of Arab reconciliation that would include a peace initiative for both the Palestinian and Lebanese issues?

Ghalioun: Under the current circumstances of poor co-operation, there is nothing to suggest that Arab reconciliation is on the horizon. The efforts we see these days have no real substance. This policy is deeply flawed and these weaknesses are partly connected to the American administration's inability to make genuine progress in the peace process in the Middle East – whether it be with regard to the occupation of the Palestinian territories or the situation with Syria.

Will Europe continue to play a marginal role in the search for political solutions in the region or do you think that Europe will ever in the future play a role that is commensurate with its economic and political weight?

Ghalioun: Apart from the United States, the Europeans are capable of playing a more proactive role with regard to Lebanon and Syria because that is the only window of opportunity for them in the region. Their efforts – and their policies – have not been effective. It is difficult for them, firstly because Europe as a whole is not in a position to put pressure on either Israel or Washington in the region, nor does it have the capacity to launch a large initiative.

Secondly, Europe is made up of many nations that do not completely agree on foreign policy, especially one that relates to the Middle East. Europe is not a heavyweight in the region and to date, all that it has offered are weak initiatives that complement the American role, but are not independent of it.

US President Bush in the Middle East
German Expert: Bush Waited Too Long With Mideast Trip
As US President George W. Bush embarks on a multi-country tour of the Middle East, a prominent German expert says that his chances to achieve something are fairly slim

America's War on Terror
What Went Wrong?
The failure of the United States's global policy since 9/11 can be measured in the chasm between the dreams of 2001 and the reality of 2007. Paul Rogers takes stock of six years of "war on terror"

Arab-Israeli Conflict
Middle East Modesty
Avoiding failure is sometimes a better objective than achieving great success, argues Richard N. Haass in his commentary. Ignoring the reality that the Middle East conflict is not even close to being ripe for resolution will lead to failure or worse, says Haass

END_OF_DOCUMENT_TOKEN_TO_BE_REPLACED
Social media
and networks
Subscribe to our
newsletter