If George Bush had his way, the principle under which Western policy in the Middle East is pursued should be: where violence doesn't help, try more violence. Syrian-born Burhan Ghalioun, told Mona Sarkis why he believes this approach has polarised the region 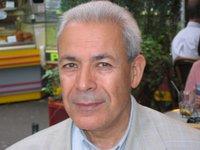 ​​President Bush continues to rely on military strength to fight what he sees as "Radical Islam." Contrary to the recommendations of the Commission led by James Baker, he refuses to view either Iran or Syria as partners, but continues to issue undisguised threats. How do you see the current situation?

Burhan Ghalioun: As criminal colonialist policy. The key to bringing peace to the region lies in the hands of the USA and the West, not in the hands of Syria and Iran. The West must change fundamentally the colonialist policy which it has been pursuing – not just now, but in principle over the last fifty years. The proof is in the Baker Report, which merely strikes a more polite tone, but does not change anything in the old imperialist way of the thinking. But the "axis" of resistance is not to be diverted from its path by force or by sanctions.

Whether it's Hezbollah, Hamas, Iran or Syria – all of them want to defend their legitimate interests. It's a matter of rights which are being trampled on by the West – whether it's Iran's nuclear programme or the Palestinian state. Bush didn't even mention Palestine in his speech on 10th January.

The "Palestine Problem" is seen as the fundamental conflict of the Middle East. But there have been other problematic epicentres which have joined it over the last five years.

Ghalioun: We are indeed living in a time of unimagined escalation: Palestine, Afghanistan, Iraq, perhaps also Lebanon. In addition, the issues have become linked to each other across borders – as you can see from the increasingly serious conflict between Sunnis and Shiites. The so-called moderate axis, led by Saudi Arabia, encourages this division in order to restrict the power of Iran in Iraq and in the whole region.

And the West seems to follow the vision that it could one day withdraw from Iraq and leave behind a Muslim society which would be hopelessly split into enemy camps.

But the religious communities also form alliances across the divide, such as that between the Sunni Hamas and the Shiite Hezbollah.

Ghalioun: Both sides want to keep their weapons. As far as Hezbollah is concerned, what has absolute priority from them is their resistance to the international tribunal investigating the assassination of Rafik al-Hariri. The Lebanese prime minister, Fouad Siniora, has to insist on the tribunal because it was the demand for a tribunal which was the main impulse behind the formation of his own government.

If he officially said he wasn't interested in finding the assassins – whatever comes out of the investigation – It would be the same as saying, "We're really only in government in order to act as Israeli agents."

But in spite of this increase in tension, I don't think there'll be a civil war. I expect the Hezbollah will get the blocking minority it wants in the cabinet. With that it will be able to veto any political or economic decision apart from the one calling the tribunal. Hezbollah could put up with that as long as it could be assured that the Syrian regime would be let off in the final judgements.

That would be a temporary solution which would not solve the domestic conflicts within Lebanon in a way which would have a longer perspective.

Ghalioun: There won't be solutions for the domestic conflicts within Lebanon any more than there will be solutions for Iraq or Syria. The West has infiltrated the whole area too much and, above all, has relied on violence to such an extent that many people in the region believe that nothing else will work. Muqtada al-Sadr, for example, has said that non-violent resistance is useless.

The Syrian president, Bashar al-Assad, also seems to have given up on the idea of negotiations with the Bush administration. Instead he's trying to put pressure on his enemies wherever he can – in Lebanon via Hezbollah, in Palestine via Hamas and in Iraq via the insurgents.

At the same time he declares repeatedly that he's prepared to negotiate with Israel.

Ghalioun: He doesn't want to exclude any possibilities. But because he exerts pressure, he sends the message: if you refuse even to think about our demands, we will continue our struggle.

You say that the various issues have become linked to each other. But in fact it's the Syrian opposition which calls for the issues to be unlinked so that they can concentrate on domestic problems without having to deal with Hezbollah's fight in Lebanon.

Ghalioun: The Syrian opposition was united against Hezbollah during the war in July, because Hezbollah didn't support the elected – anti-Syrian – government in Lebanon. It's understandable that the opposition, which is subject to such repression under Bashar al-Assad, should want to get rid of its dictator.

When his father was president, at least people weren't persecuted for writing an article. But the opposition seem unfortunately not to have realised that there can be no "Syria and Syria alone" policy. By criticising Hezbollah so clearly, they lost sight of the pan-Arab dimension which the war developed in its 34 days.

But many people are sick of exactly that pan-Arab dimension.

Ghalioun: That's the real dilemma: for decades the national struggle was regarded as the priority for all the Arab dictatorships, above all in Syria. It was used as an excuse to put off domestic reform. But isn't it possible to criticise this hypocrisy at the same time as criticising imperialist policies? The Syrian opposition is to a certain extent falling into the same trap as the Syrian people.

It's a trap which has been laid by the regime. Whoever looks longingly at democracy and freedom of expression, and thus would like to see the achievements of the West for his own country, is seen as an imperialist agent. Either you're "nationalist" and thus "anti-democratic," or vice versa. Instead of considered opinions, there are only polarised positions, and that only helps the dictatorships – as well as the imperialists.

Polarisation of the Islamic and Western Worlds
Us against Them
The longer we talk about identity conflicts in the West and the Islamic world, the more certain we can be that they will come about, writes journalist Robert Misik in his anatomy of a war psychosis

An International Force for Lebanon?
No Sustainable Stabilisation Without a Political Conflict Settlement
A stabilisation force only makes sense under certain conditions. For a start, all regional actors and their legitimate interests will have to be taken seriously, writes Muriel Asseburg in her analysis

Violence in Islamic and Western Societies
Mutual Anxiety
Germany's Institute for Foreign Cultural Relations has brought forward an intercultural study on political violence in the West and the Islamic world, past and present. This study, worked on by one German and two Arab scholars. Mona Naggar read the study

END_OF_DOCUMENT_TOKEN_TO_BE_REPLACED
Social media
and networks
Subscribe to our
newsletter