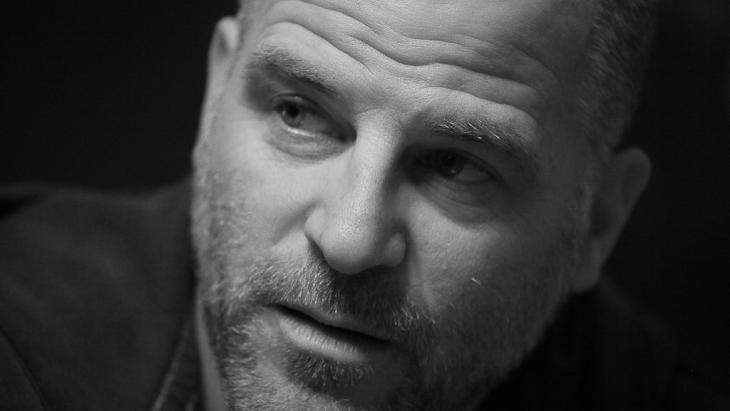 Chen Alon is a teacher at Tel Aviv University, theatre director and co-founder of the NGO Combatants for Peace. In an interview with Fabian Ebeling he talks about how politics in Israel are affecting the cultural sphere and the work of left-wing organisations

Just recently, Defence Minister Mosche Jaalon resigned because, he said, Israel was being taken over by dangerous and extreme elements. What's your take on the current political climate in Israel?

Chen Alon: The situation is extremely sad and honestly frustrating. All debate in Israel, whether in academia, the arts or the media, has moved far right. Here′s one example of this horrendous development: the Jewish settlements in the West Bank used to be controversial because they pose an obstacle to peace between Israelis and Palestinians. Nowadays, all the state-funded repertory theatres perform in the settlements. There used to be heated public debate about this; it wasn't an obvious thing to do. Those artists, reporters and other cultural agents who ten years ago could be heard saying that the settlements were controversial and a violation of human rights have done a complete about-turn. Remember the Berthold Brecht saying about the difficulty of telling the truth? Truth is the first thing people give up when it becomes dangerous or you have to pay a price. I′d say that in terms of freedom of speech, we′ve pretty much hit rock bottom.

How does this debate affect you as co-founder and theatre director of an Israeli-Palestinian NGO?

Alon: For one thing, my existence proves that organisations like ours don't get any funding from the state.

For another, the minister of justice, Ayelet Shaked, proposed legislation in late 2015 that would mean that representatives of left-wing organisations would have to wear a badge – for purposes of identification – when they visited the parliament. She claimed she only wanted parliament members to be able to identify which lobbyists were being backed by foreign states.

Yet there are lobbyists who promote Jewish settlements in the West Bank. Will they also have to wear badges?

Alon: Those lobbyists are generally Jewish individuals based overseas and not foreign governments. Left-wing organisations are supposedly backed by foreign governments who are pushing their own agenda. According to Shaked, it is unbearable that they get to interfere in our democracy. You can really feel this attitude at grassroots level. It's not just pie in the sky. The government and the coalition are constantly promoting various kinds of racist and undemocratic pieces of legislation. The unquestioning obedience of the artistic establishment and the so-called elite is truly painful to watch. Just because they are afraid of not being able to continue their work.

You teach theatre at Tel Aviv University and up north at Western Galilee College in Acco. Are you feeling the pressure in the academic sphere as well?

Alon: In academia it's a little less explicit, less direct – which is why I am still here. Were I to work in state-funded repertory theatre, which answers to the Ministry of Culture under Miri Regev, I would never survive with my opinions and practices. The only reason I can continue my work here is because the academic sphere is slightly more capable of maintaining its autonomy. There is more protection here, but I am not completely safe.

At the core of all those problems is the ongoing conflict between Palestinians and Israelis, which has recently escalated, with a rise in attacks on Jewish people and the killing of Palestinian attackers. How is this conflict reflected in your daily work with students?

Alon: It's a good but difficult question. In Tel Aviv, there is only one Arab student in one of my seminars. At Western Galilee College in Acco, it's completely different. Acco is one of the biggest mixed cities in Israel. Arab and Israeli students each make up fifty percent of each Bachelor class. The relevancy of your question differs according to the context. There, it's mostly about the conflict. They hardly ever address a different topic. Sometimes I really have to intervene, saying, ″Enough talk about that! Let's try to create our own Tower of Babel and do some theatre!″ Most Israelis there have right-wing backgrounds. As soon as they start competing as to who has suffered the most – who is the bigger victim –  they really rub each other up the wrong way. If you exclude Jaffa, Tel Aviv is more homogeneous, Israeli-Jewish oriented, somehow more left-wing. The situation is extremely nuanced, something foreigners have a hard time understanding.

Combatants for Peace was founded by Israeli ex-soldiers and former Palestinian insurgents. Your organisation tries to overcome the mutual obstacles you have described, while dealing with the very delicate concept of normalisation between Israelis and Palestinians. Can you describe how it affects your co-operation?

Alon: I always quote a Palestinian co-founder of Combatants for Peace who once said, ″Never forget that normalisation is our goal, it is our vision – that people will live a normal life.″ As far as normalisation is concerned, we follow the needs of the Palestinians in the movement. If they say performing theatre at an Israeli checkpoint can be defined as a legitimate tool of non-violent struggle against the occupation, then that's not normalisation, since it can be interpreted as accepting the status quo. It's always a matter of contextualisation and how those taking action define the situation. I would say it is currently our greatest challenge because it is dynamic. Yet, it's also the product of constant dialogue between the two sides. We can only achieve peace and reconciliation if we acknowledge one another′s pain and appreciate each other′s culture.

Home
Print
Newsletter
More on this topic
Breaking the Silence: The ″turncoat″ sons of Israel The Palestinian minority in Israel: Systematic discrimination Avraham Burg: "The Holocaust Is Over": Caught in a national trauma
Related Topics
Israeli-Palestinian conflict, Israeli-Palestinian dialogue, Performing arts, Theatre in the Arab world
All Topics

Hamas in Gaza, the Palestinian Authority in the West Bank, and Israel: Palestinians have fewer and fewer rights, says Khaled Elgindy. The Middle East could escalate at any time. ... END_OF_DOCUMENT_TOKEN_TO_BE_REPLACED

Joe Biden promised to make democracy and human rights central to US foreign policy. But that means not insisting on Israel's right to defend itself without mentioning its ... END_OF_DOCUMENT_TOKEN_TO_BE_REPLACED

As the Biden administration attempts to promote democracy and human rights in the Middle East, it will confront the deep-seated belief among Arabs that U.S. policies are unfair to ... END_OF_DOCUMENT_TOKEN_TO_BE_REPLACED

Ben Aylon’s debut international album sees him elevate the traditional music and instruments of Senegal and Mali into a fresh contemporary setting. Seven years in the making, " ... END_OF_DOCUMENT_TOKEN_TO_BE_REPLACED

Years ago, the International Holocaust Remembrance Alliance formulated how hatred of Jews can be recognised. Now a new definition is causing controversy. By Sarah Judith Hofmann END_OF_DOCUMENT_TOKEN_TO_BE_REPLACED

When it comes to talent, Palestine may well be able to compete with other football teams in the region, but growth and development are hampered by the situation in the Palestinian ... END_OF_DOCUMENT_TOKEN_TO_BE_REPLACED
Author:
Fabian Ebeling
Date:
Mail:
Send via mail

END_OF_DOCUMENT_TOKEN_TO_BE_REPLACED
Social media
and networks
Subscribe to our
newsletter