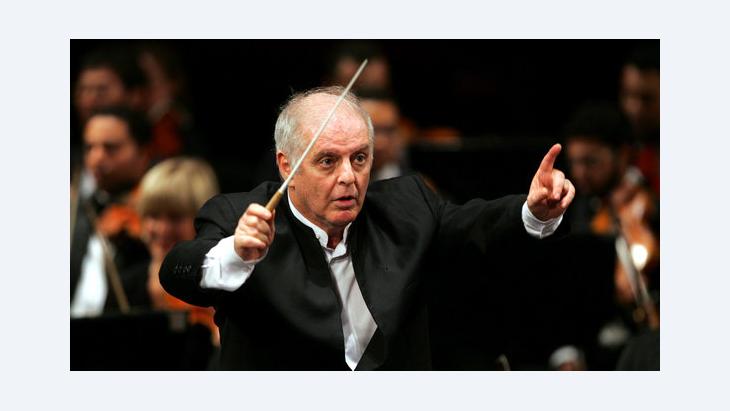 ﻿Pianist and conductor Daniel Barenboim has founded an academy in Berlin for musicians from the Middle East, an effort at easing decades of conflict. Peter Zimmermann talked to him about the background and his hopes for the project

﻿Mr. Barenboim, even as a kid, you wanted to make music central to your life. But as you always say: Going from what you want to what you can do - that can be a long way indeed. What do you want to pass on to the scholarship recipients from Israel and Arab countries during their stay in Berlin as they go down their own paths?

Daniel Barenboim: Of course, I'd like to teach them that high technical quality in playing is definitely necessary. But it goes much further than that. Music is not a profession. Music is a way of life - one that requires much professionalism. 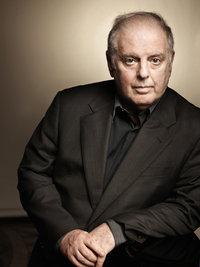 Barenboim, a supporter of Palestinian rights, is an outspoken critic of Israel's conservative governments and the Israeli occupation of the Palestinian territories. In an interview in 2003, Barenboim accused Israel of behaving in a manner which was, "morally abhorrent and strategically wrong"

​​Back when young students came to visit Franz Liszt in Weimar, the composer and pianist hoped that through his training, they would become better people. That's not just 19th century rhetoric; it's really the case. We need to take music out of the ivory tower - both for musicians and for the public. Otherwise classical music will not survive the 21st century.

Music is unfortunately no longer part of our culture. Children in schools need to have something to do with music and learn it the way they do literature, geography and biology. When we talk about music, we talk about our reaction to it. One person might say that music is so poetic, while another says it's all mathematics. Yet another might say it's about sensuality, and so on.

That's all true. But music is not just one of these things. It's everything all at once. And each of us can find in it what we're looking for.

The Italian composer Ferruccio Busoni gave the best definition by saying: "Music is melodious air." That says everything. And nothing at all. But it means that we have to show young people this spiritual, reflective and soulful aspect of music.

Your academy has a clear political dimension. How exactly does that work in your view?

Barenboim: That's not politics - it's the opposite! Being political would be to say: I'm going to stand up for this or for that. I say: We're not involved in political negotiations. We must simply try to understand and appreciate one another.

And is there a political message being sent to the Middle East by way of the German capital?

Barenboim: Yeah, I am, of course, very thankful to the German government for financial aid. Because they're saying: There's a difficult situation here. We need to help everyone in this conflict, not just pit people against one another. 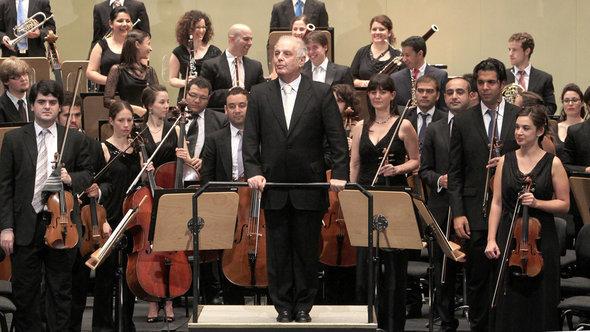 In 1999, Barenboim and Palestinian-American intellectual Edward Said jointly founded the West-Eastern Divan orchestra. It is an initiative to bring together a group of young classical musicians from Israel, the Palestinian territories and Arab countries to promote mutual reflection and understanding

​​I am full of admiration for how multiple generations of Germans have examined and confronted the past. Otherwise I could not live here as a Jew. But now we have to think about the present and the future. And in my view, Germany may have additional obligations there.

In five years, the Barenboim-Said Academy of Orchestral Studies in Berlin aims to be training up to 80 students from the Arab World and from Israel. The project that serves as its basis is your West Eastern Divan Orchestra. What do you hope to see come out of these plans?

Barenboim: The full scale of the project will only be realized once the orchestra plays in all countries that are represented among its members. Once we've gone on tour and played in Istanbul, Beirut, Damascus, Tel Aviv, Amman, Jerusalem, Ramallah and Cairo - then we'll know we've reached our full potential.

﻿The Barenboim-Said Academy of Orchestral Studies is a unique educational institution in Berlin, combining music training, the humanities and international relations into a wide-ranging curriculum. It is named in part after Palestinian professor Edward Said, with whom Barenboim founded the West-Eastern Divan Orchestra.

In a former facility of Berlin's Unter den Linden opera house, classrooms and rehearsal spaces will be built for the scholarship recipients from Israel and Arab states. Star architect Frank Gehry and acoustic engineer Yasuhisa Toyota have volunteered to design an 800-seat concert hall named after Pierre Boulez, in which members of the West-Eastern Divan Orchestra and the Staatskapelle Berlin will perform contemporary music. German parliament has already approved 20 million euros ($25.5 million) for the academy. An additional 8 million have been donated by private sponsors.

A Tunisian farmer attaches a machine to a cow's udder and sets the pump whirring, but he only expects to fetch less than half the normal amount of milk amid soaring fodder prices END_OF_DOCUMENT_TOKEN_TO_BE_REPLACED

Food prices doubled, salaries halved, banks restricting withdrawals: Egyptians now have the same problems as the Lebanese. But if things get worse here, the fallout will be far ... END_OF_DOCUMENT_TOKEN_TO_BE_REPLACED

Any reconciliation between Turkey and Syria’s Assad regime would have disastrous consequences for many Syrians, explains Syria expert Kristin Helberg END_OF_DOCUMENT_TOKEN_TO_BE_REPLACED

Iraq bears the scars of decades of conflict and has seen its antiquities plundered, yet the House of Manuscripts' collection has managed to survive END_OF_DOCUMENT_TOKEN_TO_BE_REPLACED

Chinese President Xi Jinping's visit to Saudi Arabia in December 2022 may have rattled Washington, but it simply highlighted the Arabs’ desire to diversify their foreign relations ... END_OF_DOCUMENT_TOKEN_TO_BE_REPLACED

There are signs of an imminent normalisation of relations between Turkey and Syria. This would allow Erdogan to score political points domestically before the upcoming elections ... END_OF_DOCUMENT_TOKEN_TO_BE_REPLACED
Author:
Peter Zimmermann
Date:
Mail:
Send via mail

END_OF_DOCUMENT_TOKEN_TO_BE_REPLACED
Social media
and networks
Subscribe to our
newsletter