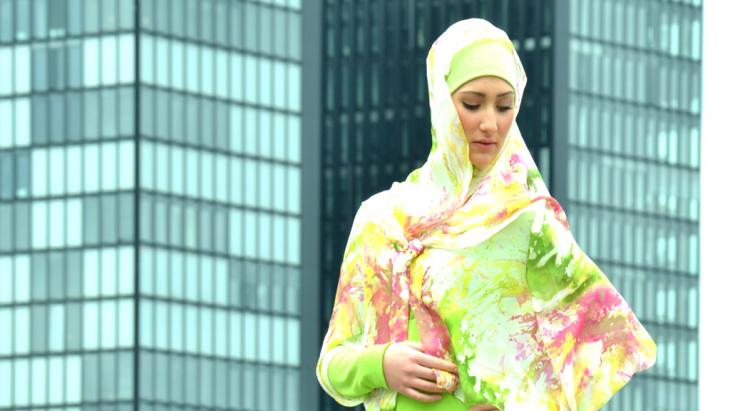 Fashion for the modern Muslim woman

Belkis Baharcieva came to Germany as a refugee in 2001. At the age of 30, she began studying fashion design in Trier. Baharcieva recently set up an online fashion shop, selling her own designs to Muslim women who want to wear high-quality, beautiful Islamic clothing. Falah Elias spoke with the designer

How did you become a fashion designer? And how is it that you decided to specialise in the design of contemporary fashion for Muslim women?

Belkis Baharcieva: I've been interested in fashion since I was a child. But I only really began to turn my hobby into a profession in 2006 when I discovered that the Trier University of Applied Sciences offers a programme in fashion design. I have to admit that when I began my studies, I had no plans to design clothing for Muslim women. That idea came later.

When did you begin to design headscarves?

Baharcieva: After I decided to wear a headscarf myself. This is when I discovered that the fashion market had nothing to offer Muslim women who wore headscarves.

You simply can't find any quality fashion items in this market niche. The garments that you see in Turkish or Moroccan stores will certainly provide covering, but they are dreadfully inadequate in terms of quality, style and colour. Muslim women want clothing that is beautiful, modern and of good quality. No one wants to wear the stuff you see in stores!

This means that you only began wearing a headscarf recently. How did that come about and why did you decide to do so?

Baharcieva: It was a long road. I was born a Muslim, but I knew next to nothing about the religion for a long time – probably no more than I did about Chinese culture. After coming to Germany, I gradually became interested in Islam and began to learn more about it. I came to the conclusion that wearing a headscarf is an Islamic duty prescribed by God.

Did you encounter any difficulties after you made this decision?

Baharcieva: Yes, I had a bit of a struggle – both with society and with my own family. My parents grew up under communism in the Soviet Union, where religion was very much marginalised. Where I come from, women did not wear headscarves. 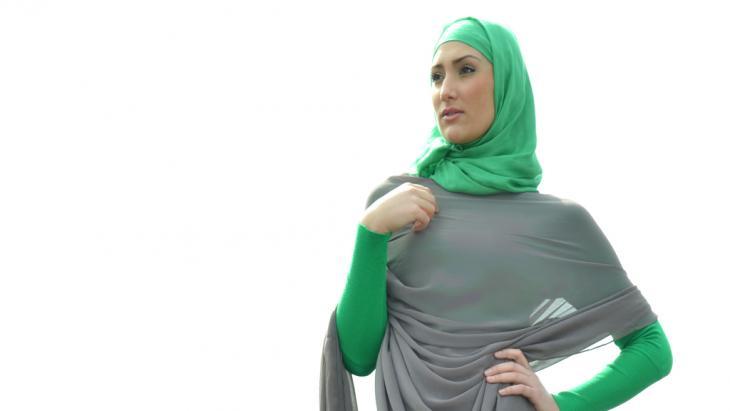 Why did you leave your homeland?

Baharcieva: I came to Germany in 2001 during the Second Chechen War. The barbarism of that war forced me to take this step. What can be worse than war? Nothing!

How has your work been received here in Germany? Is there a great demand for your designs?

Baharcieva: I've been self-employed since November 2012. I set up my fashion shop and developed the entire chain: from design to sales and distribution.

The demand for my designs has been higher than expected. The reason for this is that up until now, this fashion niche has been completely neglected. There are no other designers in Germany making fashion for Muslim women, and it is still quite rare in Europe as a whole.

In the beginning, I only got bad prognoses and negative feedback. But, over time, it became clear to me that this project is going to be a success. My diploma project was very well received and my collection has proved very popular. This idea to design fashion for women that conforms to Muslim precepts came from the heart; maybe that is why it has been successful.

Is it only for Muslims?

Baharcieva: That is a really interesting question. The thing is, non-Muslim women also like my designs. For instance, they find the pants very practical. I play with cuts and sometime this leads to beautiful pieces of clothing. Women say, "Wow, I like that. And I want to have it."

Where can one buy your designs?

Baharcieva: On the Internet, at my website, zabbary.eu. Up until now, I have only made ready-to-wear garments. In the future, however, I hope to be able to offer individual designs as well. This is not possible at present, because I work alone – except for the sewing. Because the quality of the work is very important to me, I have contracted a workshop in Cologne to do my sewing work.

Last March, I organised my first fashion show in Düsseldorf. It turned out beautifully. I would like to hold such events twice a year.

Baharcieva: I would like to give Muslim women who live, work and study in Western cities, the opportunity to wear modern, beautiful and practical clothing that conforms to the precepts of Islam.

Some companies in Germany are reluctant to hire Muslims. But it is not only the Muslim applicants who are losing out, so too are the companies. After all, there are multiple ... END_OF_DOCUMENT_TOKEN_TO_BE_REPLACED

The European Court of Justice has given its backing to companies that don't allow female Muslim staff members to wear headscarves – as long as they don't permit the wearing of ... END_OF_DOCUMENT_TOKEN_TO_BE_REPLACED

Ayaan Hirsi Ali’s new book "Prey" claims to examine how Muslim immigration threatens the rights of Western women. Indeed the injustices women face only seem to matter to her when ... END_OF_DOCUMENT_TOKEN_TO_BE_REPLACED

The Saudi national team is set to play the German Olympic squad at the Olympics in Tokyo later this month – a chance for the outsiders to make their mark. At the same time, and ... END_OF_DOCUMENT_TOKEN_TO_BE_REPLACED

I regret very much that I worked for the Bundeswehr. If the Taliban knock on my door, I hope they shoot me right away. Guest article by Ahmad Jawid Sultani END_OF_DOCUMENT_TOKEN_TO_BE_REPLACED

END_OF_DOCUMENT_TOKEN_TO_BE_REPLACED
Social media
and networks
Subscribe to our
newsletter