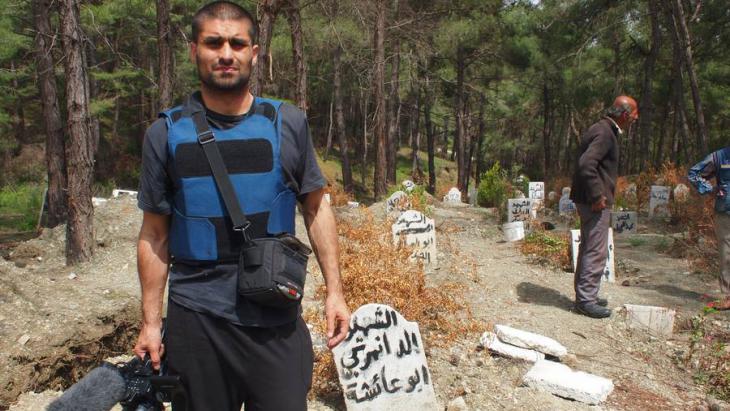 ″Believe in the importance of your work″

Documentary maker Danish-Afghan journalist Nagieb Khaja regularly reports from the crisis regions of the world. His work is frequently to be found on media outlets such as VICE or Al Jazeera. He talked to Emran Feroz about his dangerous experiences and what motivates him to keep going

You′ve been making war zone documentaries for a couple of years now. What made you get involved in such a dangerous field?

Nagieb Khaja: My first report from Afghanistan was in 2005 for a national daily broadcaster. I originally became involved because I was dissatisfied with the way western media cover events in countries like Afghanistan and Iraq. My goal was to present a more nuanced perspective.

You once said in an article that your work is not easy for your family. You wrote about how your wife feels when you leave. How do you cope with that side of the job?

Khaja: It is really tough. Covering wars while being married with children is complicated. I have two kids –nine and ten years old – and they′re just beginning to understand what I do. Of course, it is also very difficult for my wife. She knows that I take a lot of risks and go to dangerous places. She already knew that I was heading down this path before we got married. It was really important to me that she could understand and accept that. But she′s always been really supportive. I know that she would love to see me working as a "normal journalist" in Denmark, but she never tries to stop me. My mother′s different. She has not accepted my work. I never tell her when I′m leaving the country.

Your family has reason enough to worry about you. You are often in areas of Afghanistan controlled by the Taliban. You have already been kidnapped there once. Recently you were beaten by Turkish border guards and a few months ago, you reported from Idlib and Aleppo while Russian bombs were falling on the city. What motivates you to keep going? 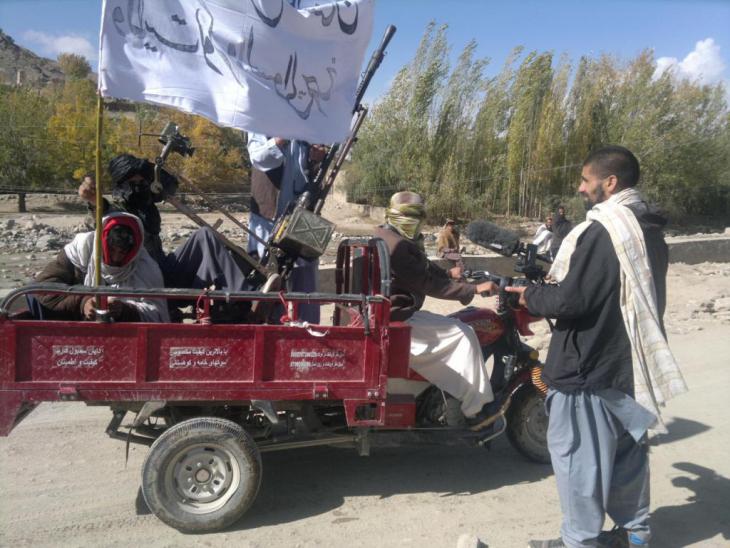 A risky yet rewarding occupation: "editors do not want to be held responsible for your security if you go to these places. None of my recent work in Syria was commissioned by an editor. I did everything myself, including taking all the risks. This is the case in seventy percent of my work. Nor do I like to get paid before I finish a project. Get paid in advance and you are bound to someone who might want to influence your work. My aim is to remain stay independent and free," says Khaja

Khaja: If there are certain areas that need more coverage, areas that are maybe being ignored, I simply feel an urge to go there. People sometimes say it is impossible or too dangerous. And of course there are risks, but they are calculated ones. With the right experience, the right network and the right people around you – not to mention courage, which is essential – it is always going to be possible to do such work. Believing in what you are doing is also hugely motivating. The reason I went to the northwest of Syria recently, for instance, was because for nigh on six months, we had barely had any journalists in the area. Just a handful of civilian reporters and activists. That′s why it is really important for independent journalists to travel there and cover what happens. When Syrians themselves spread images, a lot of people don′t trust them and tend to smear them as anti-Russian or anti-regime propaganda. So we need to be there to verify them. When I was in Syria, the Russians were still saying that they were just targeting IS. But this was not the case. They bombed civilian areas and non-IS targets too.

People, especially freelancers, who do related work from such regions, know from experience that editors in Western countries are often just keen to get a story. They are not really interested in the lives of the journalists and the dangers they are facing. Is this something you can relate to?

Khaja: To a certain extent. Most of the time, I take the risks by myself. Editors do not want to be held responsible for your security if you go to these places. None of my recent work in Syria was commissioned by an editor. I did everything myself, including taking all the risks. This is the case in seventy percent of my work. Nor do I like to get paid before I finish a project. Get paid in advance and you are bound to someone who might want to influence your work. My aim is to remain stay independent and free.

You have already described something of your experience in Syria. Can you tell me a little about your work in Afghanistan? What was it like to work there and what was your experience of the country?

Khaja: My last project on Afghanistan focused on the situation in Kunduz, which was captured by the Taliban in last September. My actual aim was to cover the fighting, but when I arrived, the fight was already over. So I was embedded for some time with the Taliban on their return from the battlefield. It was okay to be with them. They did not impose any restrictions on me. I was allowed to film whatever I wanted.

I had already made a documentary on them previously, so they trusted me. We also filmed with the Afghan National Army (ANA) and some civilians in the area. For a moment, I thought I was going to get into trouble with the ANA. One of them noticed me immediately and said, "Watch out, that's the guy from Al Jazeera." He suggested that I was working with terrorists. But fortunately, one of the commanders interfered and I the subject was dropped.

I am always interested in the stories other people ignore. Of course, it′s important to see journalists embedded with American, British or Afghan soldiers. But stories from the other side are so rare. Often, you won′t get a single report from the other side for a whole year. So I want to fill any gaps in the coverage and present different perspectives. In Afghanistan, I spent most of my time in the rural areas of the country. You almost never see people from the villages. Most Afghanistan coverage is focused on the situation in Kabul or the other big cities.

Both Western and many Afghan journalists portray the life in the cities as the reality in Afghanistan. But the majority of Afghans live in villages and especially in southern and eastern Afghanistan; they have borne the brunt of the military presence in recent years – unlike the people in the big cities. Aerial bombings and other military operations occur in these rural areas and not in the cities.

Can you tell us what you have got lined up next?

Khaja: I have a couple of things on the go. Unfortunately, having been caught at the border last time, I have been banned from Turkey. I hope the ban will be lifted soon. I have also promised myself some time out, too – a year or so – since my recent work was extremely tough on my family. And then there′s a book waiting to be written about my experiences in Syria.

In his book "Ground Zero: 9/11 und die Geburt der Gegenwart" (Ground Zero: 9/11 and the Birth of the Present) Islamic scholar Stefan Weidner analyses the consequences of the ... END_OF_DOCUMENT_TOKEN_TO_BE_REPLACED

To Afghans, the name "Panjshir" evokes associations with the Tajik resistance against the Soviets during the 1980s. But the special charm of the province lies in its landscape. ... END_OF_DOCUMENT_TOKEN_TO_BE_REPLACED

The USA and NATO plan to withdraw from Afghanistan by September. The operation is risky, the outcome uncertain. Many Afghans fear civil war. The quake on the Hindu Kush will also ... END_OF_DOCUMENT_TOKEN_TO_BE_REPLACED

Even in times of war and pandemic, refugees are still being deported to Afghanistan. Several deportation flights have taken place in recent weeks alone. Since those affected often ... END_OF_DOCUMENT_TOKEN_TO_BE_REPLACED

The Prophet Muhammad never executed anyone for apostasy, nor encouraged his followers to do so. Nor is criminalising sacrilege based on Islam’s main sacred text, the Koran. In ... END_OF_DOCUMENT_TOKEN_TO_BE_REPLACED
Author:
Emran Feroz
Date:
Mail:
Send via mail

END_OF_DOCUMENT_TOKEN_TO_BE_REPLACED
Social media
and networks
Subscribe to our
newsletter