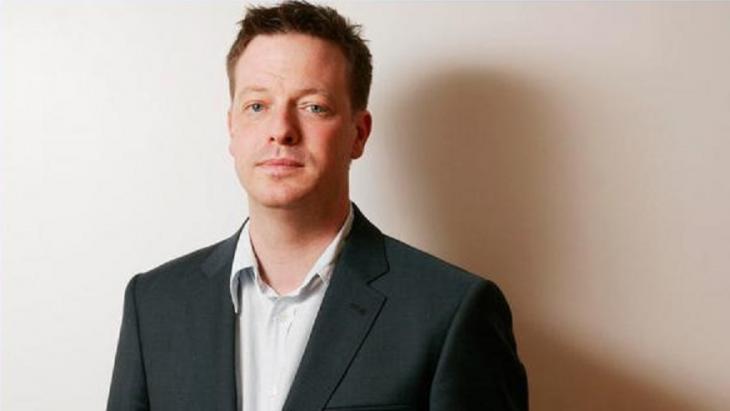 Interview with Doug Saunders
''Muslim infiltration is a myth''

In his book "The Myth of the Muslim Tide", Doug Saunders puts theories from critics of immigration under the microscope. He talked to Aygül Cizmecioglu about extremism, xenophobia and successful integration

﻿Mr. Saunders, prominent public figures such as Thilo Sarrazin in Germany and Geert Wilders in the Netherlands believe that the West is being overrun with Muslims – at least demographically. Is that true?

Doug Saunders: No, I think the facts clearly contradict that. I've spent a lot of time in the largest Muslim countries, in Iran, in Bangladesh, in Pakistan, doing various forms of journalism and research into migration and urbanization. And I hired a research team, people who are not partisans and weren't activists, but who are good scholars, who know demographics, who know radicalism, who know the history of integration. And first of all, what we found out was that these countries have the fastest falling reproduction rates in the world. Bangladesh now has a population growth rate falling very quickly toward a European level. The situation in Turkey is very similar.

Moreover, in Europe and North America, Muslims are not the largest group of immigrants at all. And what we're seeing is the pattern that poor religious minorities always – after some time – follow the trend of the majority society. The second generation of immigrants has considerably fewer children than the first generation, and by the third generation they have almost completely adapted to their environment, in terms of the birth rate.

Since the September 11 attacks in 2001, the image of violent Muslims with extremist tendencies is ingrained in many people's psyches… 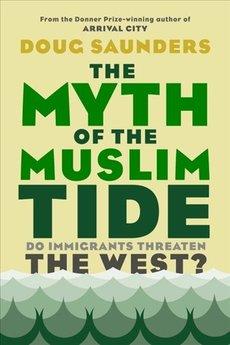 "The myth of the Muslim tide": Doug Saunders says that his book is not a defense of Islam, which he does not admire or endorse, but an impartial look at the beliefs and activities of immigrant groups

​​Saunders: I didn't use any data that was supported by only one organization. I'm talking about universities, government bodies, United Nations bodies, intelligence agencies. And the big surveys of extremism done by the CIA and MI5 were extremely useful for this book. Those surveys found that almost all Islamic extremists and terrorists do not come from tightly clustered immigrant neighbourhoods. Extremists don't usually come from communities of strong belief.

First of all, the most religious groups of people do not produce extremism and terrorism. And second of all, if you survey all people who have become extremists and terrorists, religious faith is almost never a big cause. They use the language of religion as part of their extremism.

The New York police department just wasted something like six years investigating tens of thousands of ordinary Muslims in New York who had strong Islamic believes in the hope of finding some evidence of terrorism. And they had to admit that they had not found after this enormous spying program one piece of useful evidence for extremism.

But where do these fears come from?

Saunders: I passed through that set of views myself. I had deep fears, certainly when extremism and terrorism hit my own neighbourhood – when my local mosque was taken over by one of the most extreme al Qaida supporters around, when one of my neighbours had both of her legs blown off in the July 7, 2005 London transport bombings. Of course I wondered, of course I thought, is the western liberal world threatened by Islam?

What factors make it difficult for us to overcome these prejudices?

Saunders: I would not say that Muslims are an average. Now, you're talking about very different people. There's no generalizing about Muslims. You're talking about extremely moderate practices like Alevi next to very ascetic, and rigid practices like Wahhabis and Salafists. And we can also show that immigrants from the same place of different religions have the same problems and difficulties. So religion is not a major causal factor.

Are areas populated mainly by Arabs or Turks, such as those in Berlin, parallel societies?

Saunders: Most of the successful immigrant groups in western history who have become very well integrated into the society around them have been clustered into ethically concentrated neighbourhoods. For instance, the Lower East Side of New York has seen about five different ethnic groups pass through it: eastern-European Jews, Irish, southern-European Catholics, Latin Americans, Greeks. All of whom have passed through and formed these densely clustered neighbourhoods, and their neighbourhoods were widely seen as being criminal. 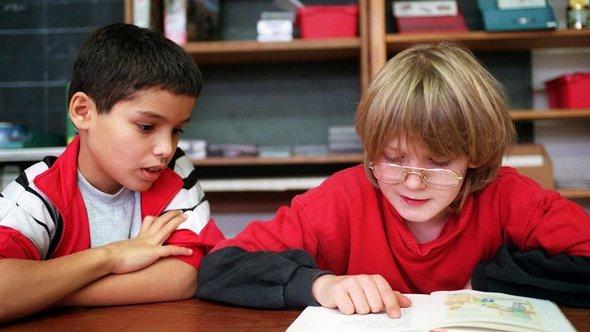 "Exclusion is dangerous": In his book, Saunders provides a set of concrete proposals to help absorb immigrants and make immigration work

What differences are there in immigration policy between different European countries?

Saunders: Some of the Scandinavian countries, especially Sweden but also Norway, have started granting citizenship earlier and in some cases did some early educational intervention and so on.

In my book "Arrival City", one of things I did was I looked at Turks who came from the villages in Anatolia, some of whom had moved to Germany in the late 60s and early 70s, and some of whom had moved to London. Those who went to London tended to become shopkeepers and so on, poor but stable, and their children did okay in the educational system, compared to other poor immigrants.

Those who went to Germany, however, through the guest worker program, tended to get stuck. After generations they were seen as being a parallel society and it is because for a full 30 years they had no legal access to citizenship.

So integration comes down to education and affluence?

Saunders: The way we've turned around marginal neighbourhoods that are poor and so on, is through better education policies, through better urban policies, and an effort to include people in the economy. It is not a good thing to have a large number of people living around you who don't have access to citizenship, who are not part of the economy and the educational system. That form of exclusion is dangerous.

Born in 1967, Doug Saunders is a British-Canadian author and journalist. He has received the National Newspaper Award, the Canadian equivalent of the Pulitzer Prize, for his reportages and columns four times. His book "The Myth of the Muslim Tide" was published in 2012 by Vintage.

Algeria‘s regime is again cracking down on anti-fracking activists and the unemployed in the country‘s south. Yet EU countries remain keen to scale up their energy cooperation ... END_OF_DOCUMENT_TOKEN_TO_BE_REPLACED

Bachtyar Ali sends the hero of his latest novel – "Mein Onkel den der Wind mitnahm" – literally flying. Jamshid is so thin after his years as a political prisoner that a gust of ... END_OF_DOCUMENT_TOKEN_TO_BE_REPLACED

For a century, the Kurds and other minorities in Turkey have been subject to state repression. With his dissertation "The Kurdish Question in Turkey", political analyst Ismail ... END_OF_DOCUMENT_TOKEN_TO_BE_REPLACED

Anti-Semitic motifs have no place at Germany’s documenta art show or anywhere else in the world, stresses Meron Mendel, director of the Anne Frank Educational Centre in Frankfurt ... END_OF_DOCUMENT_TOKEN_TO_BE_REPLACED

A new exhibition, "Syria – Against Forgetting", at Cologne’s Rautenstrauch-Joest-Museum focuses on Syria's artistic and cultural heritage and pays tribute to the country before ... END_OF_DOCUMENT_TOKEN_TO_BE_REPLACED
Author:
Aygül Cizmecioglu
Date:
Mail:
Send via mail

END_OF_DOCUMENT_TOKEN_TO_BE_REPLACED
Social media
and networks
Subscribe to our
newsletter