If you could point to one thing that is missing in the current popular debate on climate change, what would that be?

The current debate focuses almost exclusively on the need to abandon fossil fuels. It rarely ever questions the prevalent materialistic values that drive consumerism across the world. It fails to see that while modern science is good at monitoring developments is and thus able to tell us much about what is wrong outwardly, the benefits of modern science and its purely materialistic world view has misled our souls. Science is at the root of a value system and economic system that has generated the environmental crisis in the first place.

Most environmental voices today operate within that very scientific and secular framework. Can we save the earth without God?

From the Islamic point of view, the loss of the sacred vision of nature is the deepest cause of the environmental crisis. Many Christian saints in the Middle Ages also spoke of nature in similar terms as the Koran. After the advent of modern science in the 17th century, Europe gradually rejected its traditional Christian reverence for nature in favour of the purely materialistic view of nature as portrayed by modern science. 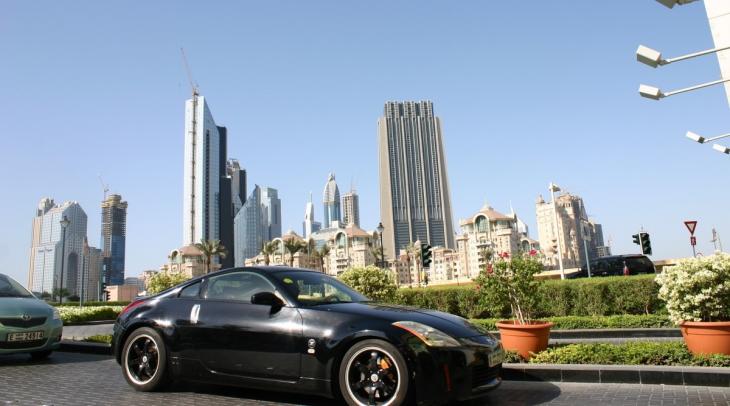 The servants of the Compassionate are they who walk upon the earth humbly: "Muslims need to wake up and realise how grave the current environmental crisis is. They need to rediscover how the Koran and the Prophet want us to treat nature. Those who call themselves Muslims must take heed and act accordingly, with kindness to the earth"

We must understand that how we view something largely determines how we interact with it. This shift in world view from a sacred to a purely material one is at the root of modern capitalism and the Industrial Revolution that took off in the second half of the 18th century.

If we try to escape the impending environmental chaos within decades by purely secular solutions, without reviving a sacred view of nature, we will only delay the disasters. Without applying ourselves far more to the path of God or Highest Reality, we will not regain sufficient control of the flame of greed fanned for over 200 years to spare the world from wanton exploitation. The environmental crisis is not a product of faith, but rather the product of our unbridled greed in ignorance of the Divine. This is the first time in human history that we have faced a global environmental crisis – this secular age, characterised by everyone feeling they can do what they like with nature.

What role can Islam play in changing people's attitudes towards the environment?

In Islam human duty towards nature is explicit in its holy scripture, the Koran, and in the sayings and examples set by the Prophet Muhammad. Muslims need to wake up and realise how grave the current environmental crisis is. They need to rediscover how the Koran and the Prophet want us to treat nature. Those who call themselves Muslims must take heed and act accordingly, with kindness to the earth: “The servants of the Compassionate are they who walk upon the earth humbly, and when the foolish address them, they say ‘Peace!’” (25:63). Muslims are called upon to set an example of kindness to nature for others to follow.

A Bangladeshi by origin, how do you see the future of your home country in the face of the impending environmental threat?

The situation in Bangladesh is extremely bad, fundamentally for the same reason that it is bad in most other developing countries, Muslim or otherwise. Bangladesh, like all ‘developing’ nations, is trying to catch-up with that model of development which has been successfully advertised globally by the West.

However, many non-Muslim countries that are doing more in terms of projects to reduce carbon emissions or by recycling are also burning more fossil fuel and producing more goods that go on to pollute the earth. For instance, Bangladesh’s carbon footprint would pale in comparison to that of England, France, Germany or Japan, though it has a much bigger population. Nevertheless, Bangladeshis must realise that their current course of ‘development’ is seriously jeopardising the lives of their children now and those of future generations.

Every nation needs to question what it means to be truly ‘developed’. People need to take bold action and set examples for others. They need to harness the power of schools, media, and the mosques for regular discussions about the causes and consequences of the environmental crisis.

Tarik Quadir is an assistant professor at the Department of Philosophy at Necmettin Erbakan University in Konya, Turkey. He is the author of “Traditional Islamic Environmentalism: The Vision of Seyyed Hossein Nasr”.

Unflattering terms were used at a German Football Association human rights congress aimed at "intensifying the discussion" ahead of the World Cup. One speaker in particular made ... END_OF_DOCUMENT_TOKEN_TO_BE_REPLACED

While the ongoing legal dispute between Qatar Airways and European aircraft manufacturer Airbus has sent shockwaves across the entire global aviation sector, it may also threaten ... END_OF_DOCUMENT_TOKEN_TO_BE_REPLACED

Like Christianity, Europe's history is one of migration. Both have strong roots in the Orient and in cultures thousands of years old. Cultural historian Bernhard Braun invites us ... END_OF_DOCUMENT_TOKEN_TO_BE_REPLACED

END_OF_DOCUMENT_TOKEN_TO_BE_REPLACED
Social media
and networks
Subscribe to our
newsletter