Interview with Eytan Fox
Falling in Love with the Enemy

"The Bubble" is the story of three young Israelis in Tel Aviv, and a tragic love affair between one of them and a Palestinian. This Israeli film won the Panorama Award from the International Confederation of Art House Cinemas. Igal Avidan spoke with director Eytan Fox 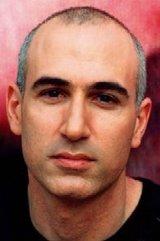 ​​In your film, the Palestinian Ashraf and the reserve duty soldier Noam meet at a checkpoint. Shortly thereafter, we see them in the most daring homosexual love scene ever shown in Israel. How difficult was it to film this scene?

Fox: Extremely difficult, but Youssef (Sweid, who plays Ashraf) had an easier time with it than Ohad (Knoller, who plays Noam), although Youssef comes from a conservative Arab cultural background. Both of them are heterosexual, by the way. Although he had already acted in my film "Yossi&Jagger" (a love story between two Israeli soldiers), he failed again and again and we had to shoot the scene on the roof for eight hours in a tense atmosphere.

Ohad is in many ways a very traditional Israeli. That's funny because he's an artist. He insists, for example, on serving his reserve duty at the front. After we talked in detail about his difficulties, the second love scene was much easier to shoot.

How did you finally manage to convince the Israeli military to cooperate with you?

Fox: The army's cooperation saved us a considerable amount of money. In "Yossi&Jagger" they refused to assist us, not because the film would have portrayed homosexual soldiers, but because we show an illegal relationship between a soldier and his superior.

Other films have been supported, even though they showed a relationship between an officer and his secretary. Everywhere in the world we were asked if the army supported us and we had to say no. Perhaps "Walk on Water" has made us more widely recognized and people realize and understand that, despite our criticism of Israel, we show a great deal of understanding and love for our country.

We told the army we intended to shoot the film anyway, and if they didn't help us, we would tell the world for years to come that they refused to give us any help whatsoever for the checkpoint scene. Two days later they agreed and gave us armored vehicles, weapons, uniforms and permission to shoot.

Why didn't you film in the Palestinian territories?

Fox: The insurance was complicated and we didn't want to have a lot of soldiers on the set protecting the crew. Some of the actors were afraid of filming there. So we shot the film in the Arab town of Kalanswa in Galilee.

The main criticism of your film is directed at the final scene with the suicide attack. What would move a peaceful apolitical Palestinian like Ashraf to blow himself up along with a number of other Israelis, and of all places in front of the restaurant where he had a part-time job?

Fox: The final scene was clear to us right from the beginning. Our model was tragedies like Romeo and Juliet and other lovers in times of war who fall in love with "the enemy".

But they committed suicide without murdering innocent people.

Fox: I've never believed that suicide bombers were crazy or fanatic Muslims. Most of them are in many ways like you and me, just normal people, some have families, some also have children. I've researched the topic very thoroughly.

What interests me is how someone can be pushed into a corner so hard that this is his only option. He does it in front of this specific restaurant to protest against the total rejection that he feels from all sides. As a gay man in Palestine, he has to prove that he's not a traitor who sleeps with the Israeli enemy. But he also does it in front of a place that is so familiar to him in the hope that someone will stop him at the last minute, someone who loves him. Noam tries. Only when he realizes that he can't prevent the attack does he decide to die together with Ashraf in a moment of love.

Ashraf indicates that he loves him with a sign that he and Noam saw in a play about homosexual love in a concentration camp.

Fox: I was deeply influenced by a stage production that I saw in a Haifa theater during the 1980s. The play "Bent" (1979) by Martin Sherman was a huge success on Broadway and a work of genius. On the stage, the two characters were able to use this barely discernible hand signal to say "I love you". The Israeli and the Palestinian also use this secret language.

Your film is called "The Bubble", but there is definitely a connection to Arabs and Palestinians.

Fox: Political issues surface in all my films and in the TV series "Florentin". But I can't say that I demonstrate every day at the Security Fence, or claim that I have dedicated my life to political struggle. Tali Fachima (a 30-year-old left-wing Israeli activist who was sentenced to three years in prison for supporting militant Palestinians, I.A.) does it in her way and I do it with films that influence Israelis and Jews in the Diaspora who flatly reject all criticism of Israeli policies.

"The Bubble" is a term used by Israelis to describe life in Tel Aviv, but perhaps it's not Tel Aviv but rather Israel that is a bubble of hysteria, and Tel Aviv is the country's only oasis of relative normality?

Fox: That's true. Gal (Uchovsky, Eytan's longtime companion and screenwriter, I.A.) and I have been living in a French village for a few months now. Now that we see it all from a distance, we can comprehend to what extent Israel is a bubble and how much this influences the collective psyche of the Israelis.

We were raised to believe that Israel is a small country that is surrounded by enemies. Physically, geographically and mentally, this is true. Israel is a bubble and Tel Aviv is a bubble within Israel. Tel Aviv shuts itself off from the rest of the country in order to preserve some semblance of a normal cosmopolitan city. It's a besieged Jewish enclave that is detached from all Middle Eastern psychoses.

Tel Avivians want to be civilized people who are connected with the outside world and go to theaters and cinemas, people who are in tune with the latest music and fashion trends, and appreciate good restaurants. We just want to drop the struggle for survival for a while.

You've said in the past that without Tel Aviv many Israelis would leave the country.

Fox: A lot of Israelis have told me that. That kind of talk would have been unthinkable before, but now it's easier. Without this pleasant, international and cool retreat called Tel Aviv many Israelis would leave the country.

Interview with Hany Abu-Assad
Shooting "Paradise Now" amid Israeli Rockets
The film "Paradise Now" by Hany Abu-Assad, which was shown in competition at this year's Berlin Film Festival, is the first feature film to take on the theme of suicide bombers. Igal Avidan interviewed the Palestinian filmmaker

Interview with Eran Riklis
The Making of "The Syrian Bride"
Eran Riklis' latest film, "The Syrian Bride", deals with a young Druze woman from the Golan Heights who marries a man from Syria. After the wedding, she is not allowed to visit her family in Israel anymore. Interview by Igal Avidan

END_OF_DOCUMENT_TOKEN_TO_BE_REPLACED
Social media
and networks
Subscribe to our
newsletter