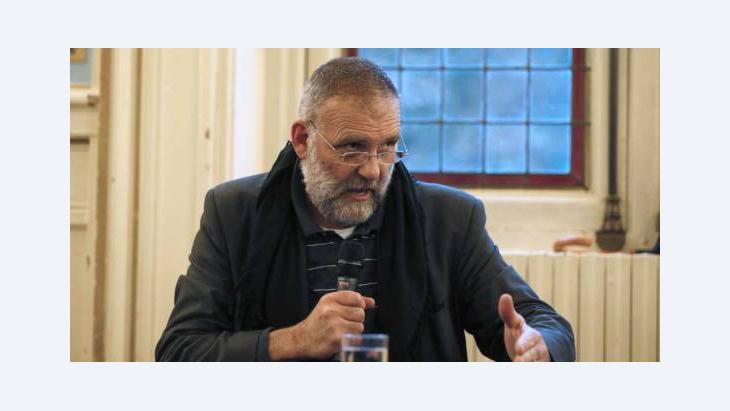 Hoping for a Victory without Revenge

Paolo Dall'Oglio has lived in Syria for over 30 years. Founder of the Deir Mar Musa monastic community north of Damascus, he has always been committed to interreligious dialogue with the Muslim world. Last June, he was banished by the regime. Father Paolo Dall'Oglio talks to Antonella Vicini

A recent United Nations report claims 60,000 people have died since this conflict began. What are your thoughts on this?

Father Paolo Dall'Oglio: I cannot assess the number of people who have died, nor am I competent on this subject. What I have observed, however, is that uprisings usually tend to report a high death toll for propaganda reasons. The UN, however, is using reasonably reliable sources and has come up with an even higher number of deaths (15,000 more than the 45,000 already reported, Editor's note). This does not surprise me, but I fear that when all is said and done, when the dead are counted, the death toll will be even higher.

It is not possible to drop bombs month after month on civilians and then report just a few victims; this is even worse from a moral perspective. In Syria, no action is taken to target individual resistance leaders, only to kill Syrians en masse. The Assad regime's ethical code is "either you're with us, or without us" – and the latter means the destruction of the country.

How do you explain the fundamental absence and foot-dragging of the international community with regard to Syria?

Paolo Dall'Oglio: Once the Islamist danger in Syria had been highlighted by the regime and its supporters, the international community saw no reason to encourage the democratization of Syria and felt justified in maintaining a wait-and-see approach. 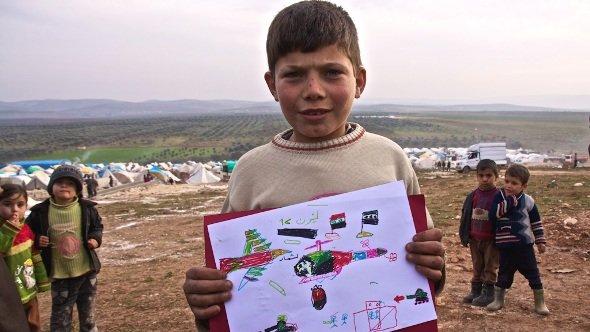 More than 670,000 Syrian refugees are estimated to have fled to surrounding countries during the uprising. A recent UN report claims 60,000 people have died since the conflict began. Dall'Oglio believes the actual death toll to be even higher

​​We are faced with a paradox - this attitude has created the conditions for the spreading of radical Islamism.

Overall, the revolution judged the initial operations of these groups to be a plot against the Syrian state. I never fell into this trap, but manipulation guided by television is no novelty in the Syrian scenario, and extremist cells have been manipulated by the regime. Without oversimplifying matters, I would say that the activities of Islamic extremists were, from the very beginning, part of the state's hypothesis that the uprising was simply terrorism funded by foreigners.

It was an incredible miscalculation and those same groups have now blown up in the hands of the regime.

The report from the United Nations International Commission of Inquiry for Syria says that given the situation on the ground, a military solution to this conflict is now virtually impossible and expresses a hope that negotiations will take place.

Paolo Dall'Oglio: At the moment a negotiated solution seems improbable. The regime wants negotiations, thereby entering phase three - an attempt to regain control of the country. I expected the regime in Damascus to try and divide the country along the Orontes River having acknowledged that it cannot control everything. Faced with a widespread uprising, the only possible solution would have been a Syrian Kosovo, relying on the loyalty of the Alawites and other minorities in the area such as, for example, the Christians.

Such a solution would be acceptable to lran's Shiites as the lesser evil. This hasn't happened for the moment, and as far as the revolutionaries are concerned it won't ever happen, because the area has been infiltrated by rebels, meaning a division of this kind is no longer an option for the regime.

Why was the secessionist option not chosen when it was still a possibility?

Paolo Dall'Oglio: In my opinion there are two reasons. One is psychological. Bashar al Assad has always said: "I am a man from Damascus and not from the Alawite mountains." His cultural and mental framework consists of the whole of Syria. Paradoxically, in this sense Assad is "non-sectarian". He uses his sect for his own power, but power that does not extend to the whole of Syria is of no interest to him. There is a rift between his perception of himself and reality. 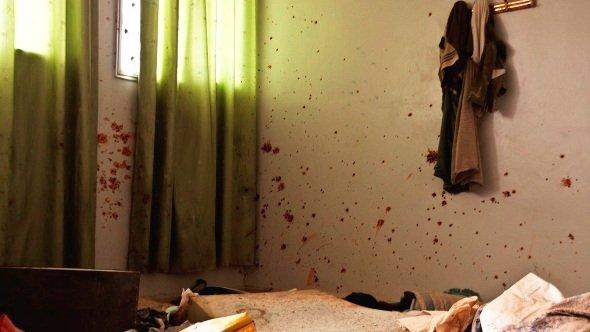 Bloodshed and reconciliation: "We need to find an ideological and also a theological way of preventing all revenge attacks," Dall'Oglio says. Pictured: Blood on the walls in a school room on the outskirts of Aleppo, 25 October 2012

​​The second hypothesis is based on the idea that the regime is a complex organisation, divided between the Baath ideology, which is obviously not pro-secessionist, and the beliefs of the Alawites. These two ideologies have been distancing themselves one from the other for some time, but not to the extent of geographically dividing the country.

You have spoken of the need to at least govern the areas that are now free...

Paolo Dall'Oglio: Just two days ago I posted a message in Arabic on Facebook asking the coalition's leader to set up a transitional government immediately in liberated territories. This should be done straightaway, since it would avoid giving the impression that the revolution in Syria is now entirely in the hands of illegal and clandestine Islamic extremists, and would begin the process of returning the state to the Syrians. There are practical issues to be addressed such as the lack of water, electricity, jobs and salaries....

In your opinion, is it too soon to discuss the future of minority groups in Syria?

Paolo Dall'Oglio: It is not too soon, on the contrary we should discuss it now, but it is hard to predict the future precisely due to the lack of international assistance. It is hoped that the revolution will have self-governing capabilities allowing the country to remain united within the framework of the reconciliation effort that all Syrian democratic insurgents yearn for. There are only a few extremist military groups that appear to pose a danger to minorities, although they have never attacked Christians specifically.

In recent days, however, there was a report on this subject from Sister Agnes Mariam, a Carmelite and the Mother Superior at the Deir Mar Yocoub monastery in Qara, well-known for her serious criticism of the insurgents…

Paolo Dall'Oglio: Sister Agnes is very careful when she speaks and this is – and I wish to repeat and emphasize this – nothing more than a clever example of the lying, manipulative work of the Syrian regime. Sister Agnes states she is the head of a movement that is not present in the country and is called Musalaha or "Reconciliation". This is a serious problem because her interpretation of events is selective and she believes the revolution is terrorism!

In your view, what will a post-Assad Syria look like after almost two years of war?

Paolo Dall'Oglio: I believe that the profound nature of a democratic Syria will be an extremely interesting backdrop for the civilised evolution and political development of the Arab Islamist region. Syria has a cultural dignity that differs from Gulf Islamism.

That is my hope. That is what I am committed to. At the end of January 2013, I will take part in revolutionary committees established in an attempt to avoid massacres when victory comes. I hope to return to Syria in February. Syria cannot win this revolution leaving 100,000 dead Alawites on the battlefield. We need to find an ideological and also a theological way of preventing all revenge attacks against the Alawites and all criminals must be judged fairly.

Home
Print
Newsletter
More on this topic
The Opposition and the Church: A Slap in the Face for the Pro-Democracy MovementFather Paolo Dall'Oglio: ''We Know We Have Brothers and Sisters in the Islamic Tradition''Massive Conflicts within Syrian Churches: Confessional In-Fighting
Related Topics
Arab Spring, Arabellion, Christians in the Islamic world, Human rights, Syrian Civil War, Syrian opposition
All Topics

They’ve already got the Louvre; they’ll soon have a Guggenheim Museum as well – and now the Emirates have added literature to their quest for cultural supremacy in the Arab world ... END_OF_DOCUMENT_TOKEN_TO_BE_REPLACED

The rollout of coronavirus vaccines in the Middle East and North Africa is already taking place on a massive scale, with the United Arab Emirates leading the way. Nevertheless, ... END_OF_DOCUMENT_TOKEN_TO_BE_REPLACED

A childhood and youth in Beirut, a life lived between Lebanon, Switzerland and Germany, and a unique voice in Arabic-language literature: "Beirut für wilde Mädchen" sees Lebanese ... END_OF_DOCUMENT_TOKEN_TO_BE_REPLACED

Surging coronavirus cases in many parts of the world have overshadowed the start of this year's Muslim holy month of Ramadan, with festivities once again curtailed by contagion ... END_OF_DOCUMENT_TOKEN_TO_BE_REPLACED

German Middle East analyst Guido Steinberg and television journalist Ulrich Tilgner have both published new books on the conflicts in the Middle East. Their analyses and their ... END_OF_DOCUMENT_TOKEN_TO_BE_REPLACED
Date:
Mail:
Send via mail

END_OF_DOCUMENT_TOKEN_TO_BE_REPLACED
Social media
and networks
Subscribe to our
newsletter