A Collective History for Lebanon

Lebanon is characterized by complex confessional divisions. Now the Lebanese historian and political scientist Fawwaz Traboulsi wrote a collective and, unifying history book for all Lebanese. Mona Sarkis spoke with the author 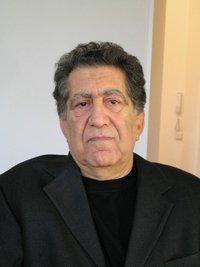 ​​Mr. Traboulsi, you include an enormous number of facts, names, and dates in your book. What sort of readership were you aiming at?

Fawwaz Traboulsi: I was giving lectures at the American Lebanese University in Beirut on the topic and began to record the content matter. This finally resulted in a book published in both Arabic and English, which is directed at Lebanese as well as non-Lebanese readers.

Do you believe that the Lebanese reader really requires such a detailed history lesson?

Traboulsi: The last time a book was written on the topic was way back in 1965 by the Lebanese historian Kamal Salibi. In addition, I wanted to provide a comprehensive historical context integrating the wealth of literature that has been published since the 15-year long civil war from 1975-1990.

But these weren't my only reasons. It is simply inexcusable that most historical tracts on Lebanon, as has existed since 1920, only cover the Mount Lebanon region. All of the country's other regions have to be reintegrated into our history. One also can't illuminate the country's history merely under the motto of confessionalism, while ignoring important socio-economic factors that have been a major contributor to conflicts for centuries – and even to this day, although they hardly receive any attention.

This simultaneously implies that Lebanon is in no way merely a plaything or battleground for external powers. Instead, any account has to include homemade factors – both past and present.

As a whole, the book is an attempt to realize the initial plan of the Taif Agreement of 1989 – namely, to write a collective and, thereby, unifying history book for all Lebanese. Until now, the diverse Lebanese communities present only their own interpretations of history in their schoolbooks.

Traboulsi: The Maronites trace their supposed origins to the supposedly non-Arab Phoenicians, while the Sunnis claim their heritage in an Arab context. The Christians regard the Sunni Emir Bashir Schihab II, who ruled Mount Lebanon under the Ottomans and who converted to Christianity, as the founder of their reign, while the Druze portray him as the individual who ended their supremacy. The urban Sunnis stress the Ottoman era, while the Christians depict this time as sinister period in their history. And so on.

Whoever attempts to confront Lebanon's history runs up against suppression, censorship, and half-truths time and again – especially when dealing with armed conflicts. French colonial historians were already portraying the civil war of 1860 as a massacre of Lebanese Christians, an account that was then later used against Muslims. Ignored here was the fact that the supposedly passive victims were in fact more heavily armed than their Druze opponents at the time.

You stress that confessionalism isn't or ever was the only defining characteristic of Lebanon. However, it is clearly tempting to debate the country's history on the basis of such divisions.

Traboulsi: The block-like confessional formations that confront us today only came into being in the middle of the 19th century. And only in the second half of the 20th century did the confessions unite under one or two political leaders, as is the case today. Previously, this kind of homogeneity did not exist nor did religious leaders have such powers of control. On the contrary, until around 1850, leaders were secular. One can think back to 1820, when Christian, Druze, Shi'a, and Sunni citizens together rebelled against the unjust tax policies of Bashir II.

What led to the confessional solidification that seems to have reached its highest level at present?

​​Traboulsi: First, there was French colonialism; the French legitimised their colonisation of Syria in the name of defending the
religious minorities - Christians, Druze, Alawis and Shiis - against the sunni majority.

Finally, the Taif Agreement institutionalized sectarianism by creating a system in which each confession lays claim to a top government position. The president has to be a Maronite Christian, the prime minister a Sunni Muslim, and the speaker of the parliament a Shi'a Muslim. This system managed to function one way or another as long as the president of Syria acted as the ultimate arbitrator, as envisaged by Taif.

Yet, when this final refuge ended in 2005, the weakness of the system became apparent. Its whole logic was based on the principle of unanimity. Everyone had to be in favor of a proposal, or any single party could veto it. This is a completely schizophrenic system that necessarily leads to a dead end.

Your book ends with Taif. Why didn't you include the post-war era of Rafik al-Hariri?

Traboulsi: This epoch is far to close to the present to integrate into a history book. I will deal with this period separately and intend to cover with the horrors of the civil war from 1975 to 1998, as these have never before been appraised. Those who don't know their own history, usually run the risk of repeating it.

Here you have tackled some of the most sensitive of all topics. Mr. Traboulsi, I wish you success and thank you very much for the interview.

"A History of Modern Lebanon" was published in 2007 by Pluto Press, London.

Lebanon
A Country Divided
In the wake of recent events, Lebanon is now confronting a new crisis that is splitting the country into two camps. This time, however, it's not different faiths that are squaring off, as in the civil war of the 1980s. Bernhard Hillenkamp reports

Lebanon
Dialogue Through Deeds – More Important than Ever
Following the basketball club Hikme's (Wisdom) victory over Riyadhi (Sportsmen), an auto procession formed and headed westward. Here, the Christians are in the East, and the Muslims are in the West. What happened during this procession had nothing to do with wisdom or sportsmanship. Sports are simply more honest than politicians' speeches.