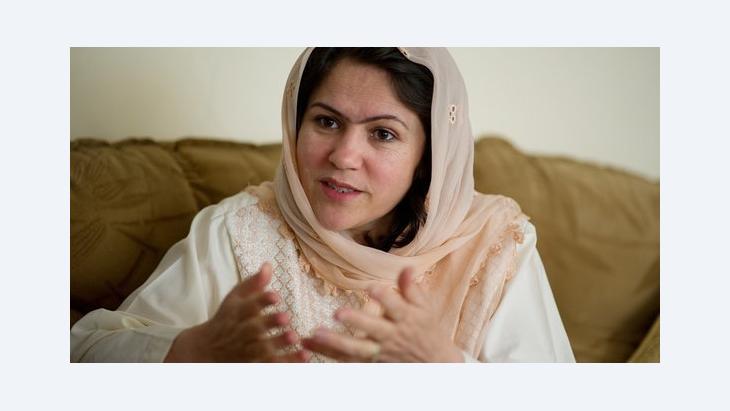 Fawzia Koofi is an Afghan women's rights activist and MP. She has already declared that she will run for president in 2014. In this interview with Martin Gerner, she outlines the two policy areas closest to her heart and explains why some Afghans view the timeline for the withdrawal of international troops from Afghanistan with trepidation

You are the 19th child in a family of 23 children. Did this teach you how to fight for power?

Fawzia Koofi: Certainly. If, like me, you come from a big family, you learn how to become a leader. Especially as a girl, you have to learn how to be visible and how to stand up to the elder members of the family.

You will run for president in 2014. Let us dream for a moment; let us imagine that you win: what would you change?

Koofi: Why dream? Why not think of it as a reality? My focus will basically be on two areas. One is improving the wealth of the Afghan people. Afghanistan is not a chronically poor country; we have lots of mineral wealth, something that the current government has not been able to use. We basically rely on foreign aid. What we need is a real transition that will see the potential of our mineral resources being realised, while creating accountability and the rule of law at the same time.

That would mean reducing corruption. How do you intend to do that?

Koofi: I think that as leaders, we need to be role models in the fight against corruption. The fight has to start within our own families. In doing so credibly, this could have an effect on the public sphere. In government and at the top level, where we have lots of cases of corruption, nobody has been sentenced up to now. This needs to change.

What do you want to do for women?

Koofi: This is my cause. Women account for 55 per cent of the Afghan population. They can make a difference in the upcoming elections. We speak of them as the forgotten half of the population. But let us remember that in 2004, 44 per cent of women voted for president Karzai. He got a large part of his legitimacy from women, but forgot them again straight after the election.

I think women's rights have become a matter of revenge in this war. The Taliban are trying to undermine whatever the international community and the Afghan government consider a success in this field. Recently, there have been horrible cases of violence against women. The case of Najiba for instance, a woman who was shot dead in front of a public crowd in an area controlled by the Taliban. Some of the people who witnessed her execution were cheering as she was killed. This is not part of my identity and culture.

Do you think that you, as a female politician, can go against society and tradition and change things?

Koofi: It certainly takes a long time to fight the wrong aspects of tradition. It is not a matter of overnight change. 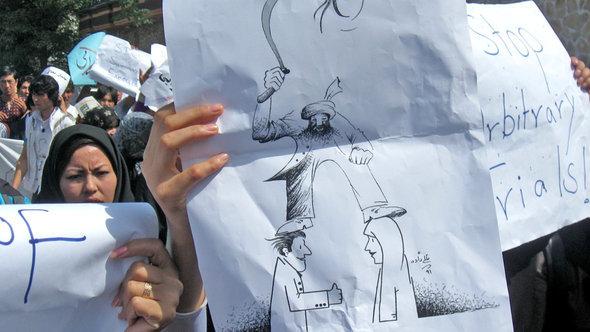 ​​Many Afghans think that the international forces are being withdrawn too soon. What are they afraid will happen?

Koofi: The fear is that the Taliban might come back when the international forces leave. Parts of the Afghan government sympathise with the Taliban too. Some elements have an interest in bringing them and other insurgent groups back to power and in undermining the electoral process.

Are you afraid that the West might abandon the Afghans?

Koofi: Yes. That is what it is all about. The countries of the West came to Afghanistan to bring security and stability. Now, 12 years later, where is this security? Withdrawing too soon makes the situation worse, and the Afghan institutions are not able to become strong and stable.

Will the Afghan army survive the withdrawal?

Koofi: There are problems in this respect. The international community only started focussing on establishing strong security forces in 2008. But four years are just not enough when it comes to standing up to a phenomenon like international terrorism. Also, the salaries of the Afghan security forces are almost exclusively paid by international donor countries. So a withdrawal, in the financial sense too, might seriously affect the stability of the newly built Afghan forces.

Do you think Afghanistan is facing an economic crisis?

Koofi: Yes, very much so. Up until now, the flow of international donor money has created a certain amount of jobs. Most of this money actually leaves Afghanistan again through other channels. But now, many people will lose their job. If they have no alternative, they might become criminals or fundamentalists. I have seen some of my friends, young university graduates, who came and asked me for a job. I could not help all of them. Later, some of them joined the Taliban.

There has recently been a growing number of so called "green on blue" attacks, with Afghan security personnel killing their international counterparts. Why is this happening?

Koofi: The screening of new recruits to the army and the police is very poor. Sometimes guarantee letters are just issued randomly without the person who wants to join the forces being checked at all. It has happened more than once that someone has come to me with a guarantee letter asking me to sign it. They would claim to be from my constituency. Many of my MP colleagues would sign these letters without knowing who these people actually were and what their affiliation to the Taliban was.

There are other cases where a lack of culture and tradition is involved. Most of these cases stem from arguments between both sides, from cases where they did not respect each other or the other's beliefs. Especially in the Afghan context, i.e. in the relative absence of education, people tend to react more aggressively. On the other hand, it would be good if international troops were better trained before coming to Afghanistan. They should know more about the cultural sensitivities of Afghans so as not to cross red lines. 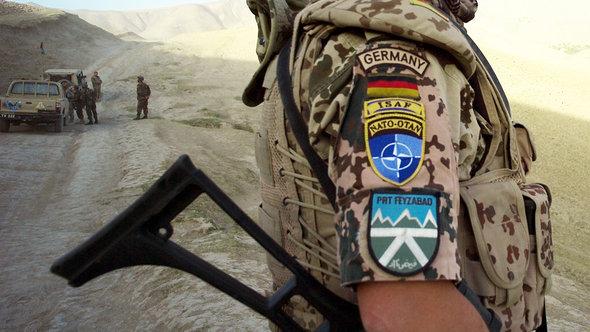 Starting in mid 2013, control of the provinces will gradually be handed over to the Afghan security forces; the NATO-led International Security Assistance Force (ISAF) will end in late 2014 with the withdrawal of almost all military forces from the 50 states involved

Koofi: They should be taught how to respect the holy Koran, for example, or not to take pictures of Afghan women without permission. In other words, the same things that we demand in any human society. Sometimes foreign troops think that because they come from abroad, Afghans are nobodies to them. If they showed more respect, clashes could be avoided.

We witnessed an eruption of violence after the recent anti-Mohammed film. Where do you stand in the dispute between freedom of expression and religious sensibility?

Koofi: We are living in a global village. We all have rights and responsibilities. Freedom of expression needs to be dealt with responsibly, not with the aim of creating clashes. The filmmaker in question could have addressed the issue in many other ways than the one he actually chose. I strongly condemn disrespect of any religion, but I also condemn the outbursts of violence that occurred.

We should not give those who want to react by destroying things, reasons to do so. Fortunately, the negative consequences in Afghanistan were less severe than in previous, comparable cases.

So far, Fawzia Koofi is the only woman to have declared her intention to run for president in Afghanistan in 2014. Born in 1976, Koofi is a married widow with two daughters. She has worked as an English teacher and UNICEF officer for child protection in her home province of Badakhshan, which she has represented in parliament since 2005. She currently sits on the Afghan parliament's women's affairs committee.

Education for girls and women is still possible in Afghanistan, says Reinhard Eroes of the Kinderhilfe Afghanistan initiative. In interview with Elisa Rheinheimer, he talks about ... END_OF_DOCUMENT_TOKEN_TO_BE_REPLACED

A lawmaker in Pakistan's rugged northwest was sipping tea with voters when his phone chirped to life – the Taliban were calling with a demand for 'donations'. "We hope you won't ... END_OF_DOCUMENT_TOKEN_TO_BE_REPLACED

Cries of "Benghazi!" still resonate across the USA ten years after a deadly terrorist attack in Libya killed the U.S. ambassador and three other Americans. Ethan Chorin re-tells ... END_OF_DOCUMENT_TOKEN_TO_BE_REPLACED

Sufism has fluid boundaries. Just like Islam, Sufism is inconceivable without its late antique roots. Then again, it has also exerted an influence on Hinduism. Moreover, the Sufic ... END_OF_DOCUMENT_TOKEN_TO_BE_REPLACED

Journalist Waslat Hasrat-Nazimi was forced to flee Afghanistan with her family as a child and grew up in Germany. To mark the publication of her book "The Lionesses of Afghanistan ... END_OF_DOCUMENT_TOKEN_TO_BE_REPLACED

Just as the Islamic Revolution fundamentally changed Iran 43 years ago and had an impact far beyond the country's borders, the current wave of protests sweeping the country is set ... END_OF_DOCUMENT_TOKEN_TO_BE_REPLACED
Author:
Martin Gerner
Date:
Mail:
Send via mail

END_OF_DOCUMENT_TOKEN_TO_BE_REPLACED
Social media
and networks
Subscribe to our
newsletter