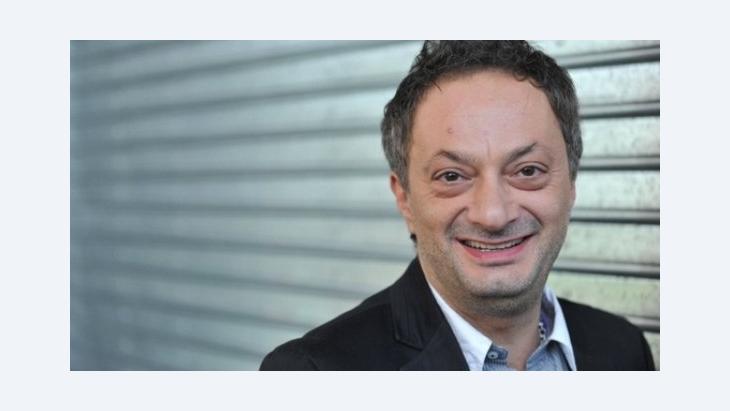 Interview with Feridun Zaimoglu
''Germany is Making Itself a Laughing Stock''

Circumcision is a stipulation of the Prophet and therefore non-negotiable. In an interview with Eren Güvercin, Feridun Zaimoglu makes a resolute plea for the impunity of this Jewish and Muslim ritual

As a German Muslim who – in your own words – was brought up by his parents in "Prussian-Ottoman" fashion, you were certainly circumcised as a child, as prescribed by Islam. Were you traumatised by the experience?

Feridun Zaimoglu: The day before the circumcision, my mother took me by the hand and walked with me through the streets of our neighbourhood. I was dressed in a white prince outfit. Children ran past and touched me. Young women and older ladies smiled at me, stroked my cheeks and hair. They were neither encouraging me to be brave, nor spurring me on. They were beaming, and I regarded them with awe. I received small gifts: a bag of marbles, handkerchiefs perfumed with violets, a comb and shoelaces.

The next day, towards evening, the circumciser came. He spoke to me as though I was a small adult. I sat on a chair, and an uncle from my mother's side of the family stood on my left. An uncle from my father's side of the family was standing to my right – he offered reassuring words to my mother, who was standing in the doorway. It happened very quickly; before I noticed anything I was in my mother's arms. Relatives and friends clapped and cried out: "It's all done now – praise be to God!" I had been transformed from an uncircumcised boy into a circumcised Muslim. 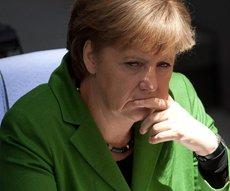 German Chancellor Angela Merkel recently warned that Germany would make itself a "laughing stock" if it were to ban circumcision; Feridun Zaimoglu thinks that the debate itself has made it so

​​﻿Zaimoglu: It should not be forgotten – and this case is no exception – that contemporary experts are mere interpreters. Let's just recall the headscarf debate, which saw right-wing conservatives championing women's rights. Those who hate Muslims will use any means at their disposal. Yesterday a feminist, today a protector of the lost foreskin. My goodness, we're talking about a small piece of skin covering the tip of the penis. Snip snip, off it comes, boy damaged for life? It would be crazy to believe that.

How far do the parental rights of those wanting to raise their children in accordance with the stipulations of their faith extend? After all, although it may only be a minor procedure, does it not represent interference in the physical integrity of a small child?

Zaimoglu: Many devout lunatics cripple their children in the name of their faith. These children should be removed from their care. After all, children are removed from the care of alcoholics, violent men and young mothers who are unable to cope. But circumcision is not genital mutilation, amputation or castration. The state should not overstretch itself. Otherwise the faithful might start thinking they can withhold from Caesar what belongs to Caesar.

The anti-circumcision movement originates in the US. As far back as 1997, the writer Ronald Goldman aimed to expose circumcision as a "hidden trauma". The circumcision rate in the US has declined rapidly ever since. Only 55 percent of American men are circumcised, although this still represents a majority. What will be the impact of the current debate in Germany?

﻿Zaimoglu: What happened after the debate over the headscarf worn by devout young women? Nothing. These tin-pot philosophers, who earn money for chiding Islam, were duly rewarded for their work. Now these ladies and gentlemen are sniffing around men's nether regions. Sooner or later, those who perceive themselves to be enlightened end up in other people's bedrooms. Increasing numbers of clueless people are addressing me these days. Even though they can't formulate a correct German sentence, they just parrot everything they've heard. Now you're asking me if I'm circumcised. Germany is making itself a laughing stock. 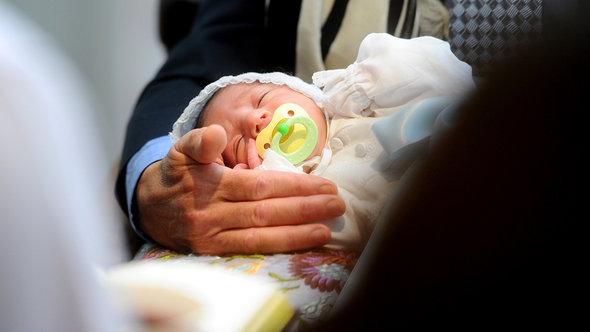 There are suspicions of an anti-religious subtext in reporting on this issue to date. This would also include the campaign in favour of removing children from their parents' care and giving the state parental rights, in order to take the child out of its religious community. As a German Muslim, how do you view this debate over centuries' old religious traditions in our secular society?

Zaimoglu: Those who enforce the Zeitgeist don't like to hear it, but the believer has immunised himself against condemnation. The enemy of religion will do almost anything for his five minutes of fame. His world does not include worship of the Lord. His concept: spatial hygiene. His weapons: words that drip with poison, insinuation, mere assertion, self-inebriation. Contemporary peddlers of religious criticism are image-neurotics. They aim to abolish, persecute, destroy, vilify, censor. In a secular state, no party and no school of thought can risk causing discord. Circumcision is a stipulation of the Prophet and therefore non-negotiable. The believer believes. The liberal bends and bows until divine love degenerates into nothing but a tapestry of ideas.

Can the current debate be described as a clash of civilizations between secularism and religion?

Zaimoglu: I would recommend a period of calm: prattle and rumour may unsettle us, but to put up a front against the chatterers and whisperers would be a mistake. It's certainly strange that the state often rewards rabble-rousing sisters for the apparent risks they take when engaging in conflict. What I see, however, are cantankerous, nagging women crashing though the undergrowth like wild sows. They present themselves as cultural combatants, as humanists. They can't even spell refinement and philanthropy. It's best to keep a safe distance from louts.

Green Party politician Volker Beck recently said that atheism can also adopt fundamentalist traits. What does that mean for religious people in Germany? How should they respond to this development?

Zaimoglu: The believer is promised the love of God. And yet he has not estranged himself from the world. He frequently stands as a figure of ridicule as the spittle of mockery rains down on him. What can he do? Pray to God. Grin, if he is perceived as a social miscreant.

German-Turkish author Feridun Zaimoglu is one of Germany's shining literary stars, perhaps best known for his hit novel Leyla. He was awarded the Hebbel Prize in 2002, the Jury Prize at the Bachmann literary festival in Klagenfurt in 2003, and the Adelbert von Chamisso Prize in 2004. In 2005, he received a scholarship from the Villa Massimo in Rome. Other accolades include the Hugo Ball Prize, the Grimmelshausen Prize, the Corine Prize for his last novel Liebesbrand (Blazing Love) and the Jakob Wassermann Literature Prize.

Algeria‘s regime is again cracking down on anti-fracking activists and the unemployed in the country‘s south. Yet EU countries remain keen to scale up their energy cooperation ... END_OF_DOCUMENT_TOKEN_TO_BE_REPLACED

Bachtyar Ali sends the hero of his latest novel – "Mein Onkel den der Wind mitnahm" – literally flying. Jamshid is so thin after his years as a political prisoner that a gust of ... END_OF_DOCUMENT_TOKEN_TO_BE_REPLACED

For a century, the Kurds and other minorities in Turkey have been subject to state repression. With his dissertation "The Kurdish Question in Turkey", political analyst Ismail ... END_OF_DOCUMENT_TOKEN_TO_BE_REPLACED

Anti-Semitic motifs have no place at Germany’s documenta art show or anywhere else in the world, stresses Meron Mendel, director of the Anne Frank Educational Centre in Frankfurt ... END_OF_DOCUMENT_TOKEN_TO_BE_REPLACED

A new exhibition, "Syria – Against Forgetting", at Cologne’s Rautenstrauch-Joest-Museum focuses on Syria's artistic and cultural heritage and pays tribute to the country before ... END_OF_DOCUMENT_TOKEN_TO_BE_REPLACED

Madrid's about-face on the Western Sahara conflict has enraged Algeria. Trade relations have been frozen unilaterally and a cut in gas supplies to Europe could be in the pipeline ... END_OF_DOCUMENT_TOKEN_TO_BE_REPLACED

Comments for this article: ''Germany is Making Itself a Laughing Stock''

Blinded by religion - this man has has a lot learn. I applaud Germany's bravery in stepping forward to protect boys and the men they become. Subjecting children to having part of their sexual organs cut off is a disgrace and those that continue to justify it need to be educated and stopped.

"Circumcision is a stipulation of the Prophet and therefore non-negotiable." Yet there is not one word about it in the Qu'ran, which is supposed to be complete, only a single mention in one list of the requirements of Fitra. The need for (minimal) female genital cutting is almost as well-attested.

Mr Zaimoglu is an expert at the fallacy of argument ad hominem (http://yourlogicalfallacyis.com/ad-hominem ), but his facts are far astray. Circumcision can go wrong (as did the one in Cologne that brought on the court decision), leading to death, loss of the penis, or damaged sexual functioning - not discovered until adulthood, and then perhaps not sheeted home to its true cause. And thanks to the Internet, more and more men, even including some Muslims, are putting their heads above the battlements to say they hate what was done to them.

END_OF_DOCUMENT_TOKEN_TO_BE_REPLACED
Social media
and networks
Subscribe to our
newsletter