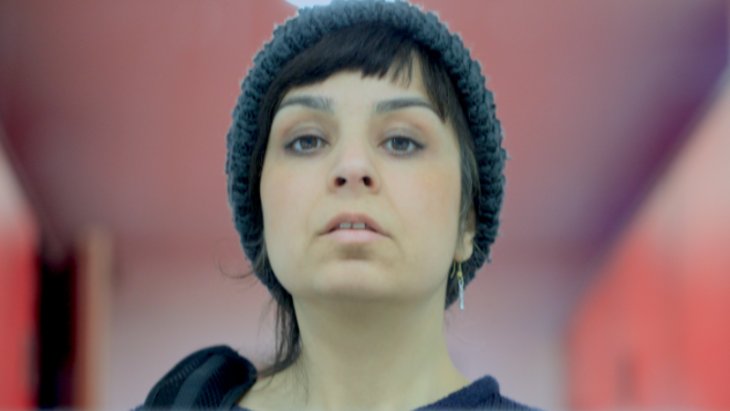 In early 2015, Pakistani activist Sabeen Mahmud organised an event on missing Balochi activists in her cafe. Later that day, she was killed by two men on the streets of Karachi. The documentary film "After Sabeen" is a very personal portrait of the woman. Interview by Schayan Riaz

What prompted you to make a documentary about Pakistani activist Sabeen Mahmud?

Schokofeh Kamiz: The first time I heard of Sabeen, I was very surprised over the fact that she wasn’t a bigger sensation. She was just a normal woman, who walked through the streets, joked with everyone around her, but had touched so many people through her activism. I was fascinated with how she started small and then achieved a lot. She reminded me of a nail file, touching the nerves of different people. I just had to make sure that more people get to know her.

The film starts with you watching an interview of Sabeen. But after that you decide not to appear again. What was the thinking behind that decision?

Kamiz: At first I didn’t want to show myself at all. For me, "After Sabeen" is an observational film. I wanted to get to know the woman myself too. But my friends kept asking me, what exactly is drawing me towards her? After all, I’m an Iranian. So I thought, okay, I will show myself at the beginning and make sure why I’m tackling this subject and what I think of Sabeen. The scene is a sort-of prologue.

Filmmaking is a difficult undertaking the world over, but especially in a city like Karachi. Was it a challenge for you?

Kamiz: “After Sabeen” is a no-budget-film. I simply had no chance of getting any sort of funding. And even if I would have liked to, I wouldn’t have been in a position to pay my crew. So I flew to Pakistan with as little equipment as possible. I basically went with a Canon, an audio recorder and headphones. I wanted to attract as little attention as possible. Neither from the government, nor from people unknown to me. I had just given birth and couldn’t afford anything happening to me.

So how did you actually work in Karachi?

Kamiz: The minimalist set-up actually worked in my favour, because the interviews I conducted were all very intimate and the lack of equipment helped in that regard. Whatever was shot indoors felt free to me, because anything could be said freely. But shooting the outdoor portions of Karachi were trickier. Eventually I decided to shoot them from inside the car. And that was interesting for me, because Sabeen also loved driving around town. I got to see the city from her eyes, so to speak.

But why did you have to shoot the city from inside the car? Were you threatened at any point?

Kamiz: No, nothing of the sort happened. It was just a precautionary measure. Only once was I stopped by the army when I was driving in a rickshaw. I had my camera with me and the officer wanted to know why. The driver really saved me at that time, because he explained to the officer how I’m not from Pakistan and can’t even speak Urdu. My phone was confiscated and checked thoroughly, and only then did the officer realise that I really wasn’t from there. Luckily they didn’t take my camera, I already had several interviews saved on it.

Home
Print
Newsletter
More on this topic
Pakistani film ″Dukhtar″: Arthouse with a conscienceInterview with Pakistani human rights activist Jalila Haider: "Women need to fight with all their might"Re-inventing the Taliban: "Don't you believe in Sharia?"
Related Topics
Book reviews, Cinema, Human rights, Women in the Islamic world
All Topics

Education for girls and women is still possible in Afghanistan, says Reinhard Eroes of the Kinderhilfe Afghanistan initiative. In interview with Elisa Rheinheimer, he talks about ... END_OF_DOCUMENT_TOKEN_TO_BE_REPLACED

We are in favour of human rights. But One Love armbands are self-righteous and ignore some fundamental issues. Stefan Buchen examines the debate surrounding the World Cup in Qatar END_OF_DOCUMENT_TOKEN_TO_BE_REPLACED

In Doha, Arabs from Morocco, Tunisia, Egypt and Algeria are gathering to celebrate the first ever FIFA World Cup to be held on Arab soil. The criticism from Europe? Over the top, ... END_OF_DOCUMENT_TOKEN_TO_BE_REPLACED

Canan Topcu came from Turkey to Germany as a child. In her essay, she describes how bothered she was by the racism she encountered in her country of origin when she travelled ... END_OF_DOCUMENT_TOKEN_TO_BE_REPLACED

All organisers use major sporting events like this year’s FIFA World Cup in Qatar primarily to advertise their country and promote a slick public image. This is not something we ... END_OF_DOCUMENT_TOKEN_TO_BE_REPLACED

A leading light of Israeli theatre, Ofir Henig has directed the Israel Festival and is the only female director to have been awarded the Israel Theatre Prize. These days, however ... END_OF_DOCUMENT_TOKEN_TO_BE_REPLACED
Author:
Schayan Riaz
Date:
Mail:
Send via mail

END_OF_DOCUMENT_TOKEN_TO_BE_REPLACED
Social media
and networks
Subscribe to our
newsletter