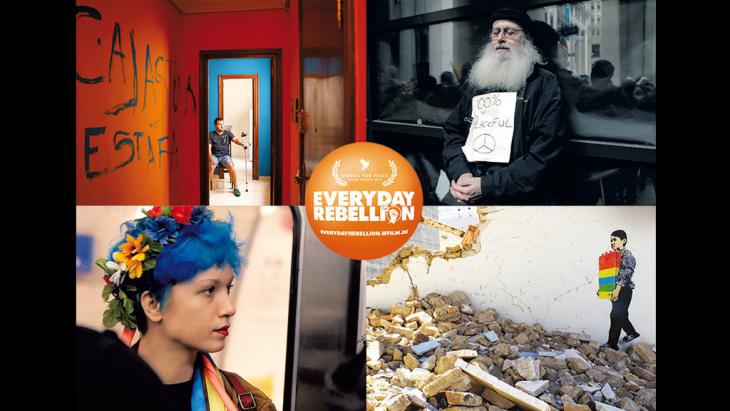 "Non-violent revolutions are not a hippie fantasy"

With "Everyday Rebellion", Iranian-born filmmakers Arash and Arman T. Riahi have created a multimedia project that celebrates civil disobedience and connects peaceful forms of protest in Islamic countries and around the globe. Nahid Fallahi spoke to Arash T. Riahi about the film

Mr Riahi, your documentary film "Everyday Rebellion" has earned much praise from critics and won numerous awards. How did you come up with the idea to make a film like this?

Arash T. Riahi: My parents fled to Austria for political reasons in the early 1980s with my brother and me. For more than 30 years, it hasn't been possible for us to travel to Iran. Then in 2009, when what was known as the Green Movement against Ahmadinejad's supposed re-election emerged, we started watching video recordings of the protests online. My brother and I began to feel that we needed to get involved ourselves. Of course, we couldn't take to the streets of Tehran and protest together with other people. But we knew that we could do something else, namely to make a film about this rebellion, which represented a new type of protest movement to us.

What was it that made the protests in Iran new?

Riahi: The main thing was that they were horizontal. Previously, revolutions and revolts were always top-down. That is to say, there was a leader in charge who instructed people to occupy TV or radio stations, for example, in order to spread the message of the revolution and its protesters. In 2009, however, we witnessed a horizontal movement that functioned without a leader and without a clear strategy established from on high.

Instead of occupying the media, people used cell phone footage to assume the role of the media themselves. Unfortunately, this form of protest was violently crushed in Iran, but it re-emerged in other countries, for example in the protests in Tunisia and Egypt during the Arab Spring or in Spain's Occupy and Indignados movements. 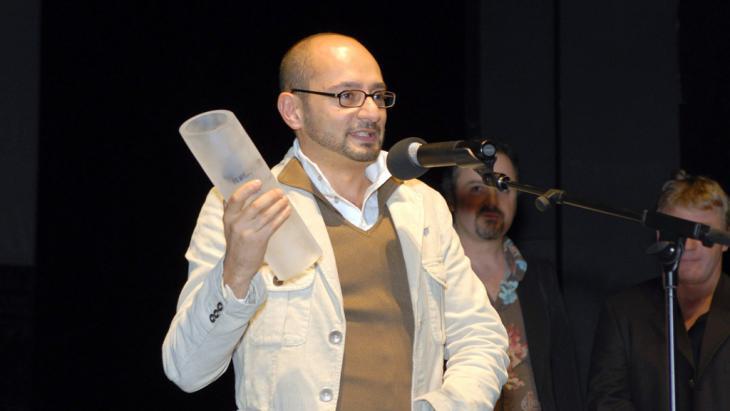 Arash T. Riahi is an Austrian filmmaker with Iranian roots. He worked on a freelance basis for the Austrian state broadcaster ORF from 1995 to 2002. During this period, he focused mainly on documentaries, music videos and advertising films. In addition to short films, advertisements and music videos, he also made a number of documentaries for cinema and television. His first feature film, "Ein Augenblick Freiheit" (A moment of freedom) won the Vienna Firm Prize in 2008

Is this why "Everyday Rebellion" became more than a film about the protests in Iran?

Riahi: That's right. Arman and I realised that we had to modify our original idea for the film in light of the similarities between these movements and the revolt in Iran. All of the protest movements I mentioned changed the world even though they didn't have a leader. We researched the topic and came to the conclusion that many of the great protest movements that changed the world managed to do so without violence. Even so, they were highly effective.

The more we studied the topic of non-violent resistance while preparing the "Everyday Rebellion" project, it became increasingly clear to us that successful, non-violent resistance isn't a hippie fantasy; there is scientific and empirical proof that it works. The probability that a non-violent protest will achieve its aim is two-thirds higher than the chances of success for a violent revolt. It makes sense. If I smash the skull of my opponent, then it's to be expected that my opponent's family and allies will want to smash my skull in return. This is no way to break the vicious circle of violence and counter-violence.

What did you hope to achieve with "Everyday Rebellion"?

Riahi: Our goal was to create a wide-ranging project on the basis of the film, the online platform Everdayrebellion.net and a mobile app where we could collect techniques of non-violent resistance and civil disobedience, which we wanted to present on our Internet platform so that people who want to use these methods can get ideas and inspire one another.

Have you gotten feedback from people who are part of a protest movement? Have you heard praise for your project?

Riahi: Yes, and it really pleases us that the online platform and the documentary have been used by so many movements.

For example, our documentary was shown by Turkish activists as part of Istanbul's Gezi Park protests. When we were in Turkey, we recorded video clips with them explaining how to successfully occupy a building and protect oneself from tear gas.

There were also open air screenings of the documentary organised by political activists as part of Ukraine's Maidan protests and, as we recently learned, in Hong Kong too. Even Syrian opposition figures have found our project useful. Recently Syrian activists put Arabic subtitles to one of our introductory videos.

How long are you planning to continue the "Everyday Rebellion" project?

Riahi: We hope that we're able to support as many people as possible with the project. But we face the problem that "Everyday Rebellion" isn't commercial. As a result, we don't have any budget left for providing the platform with new material. We hope that we'll get enough donations to allow us to continue our project for another year.

Even in times of war and pandemic, refugees are still being deported to Afghanistan. Several deportation flights have taken place in recent weeks alone. Since those affected often ... END_OF_DOCUMENT_TOKEN_TO_BE_REPLACED

On 7 March, Switzerland became the latest European country to vote in favour of a so-called "burka" ban. It was yet another feather in the cap of the right-wing populist Swiss ... END_OF_DOCUMENT_TOKEN_TO_BE_REPLACED

What drives young men into the arms of Islamist extremists – and how can they be re-integrated into society? Five years after the deadly attacks in Paris, urgent questions remain ... END_OF_DOCUMENT_TOKEN_TO_BE_REPLACED

Austria's chancellor is seeking to criminalise "political Islam". The move would put non-violent, non-radical Muslims under blanket suspicion and is hardly helpful in the fight ... END_OF_DOCUMENT_TOKEN_TO_BE_REPLACED

Rather than suspecting Muslims in general, we need to co-operate more with Islamic scholars, Muslim congregations and associations, writes Muhammad Sameer Murtaza in his ... END_OF_DOCUMENT_TOKEN_TO_BE_REPLACED

END_OF_DOCUMENT_TOKEN_TO_BE_REPLACED
Social media
and networks
Subscribe to our
newsletter