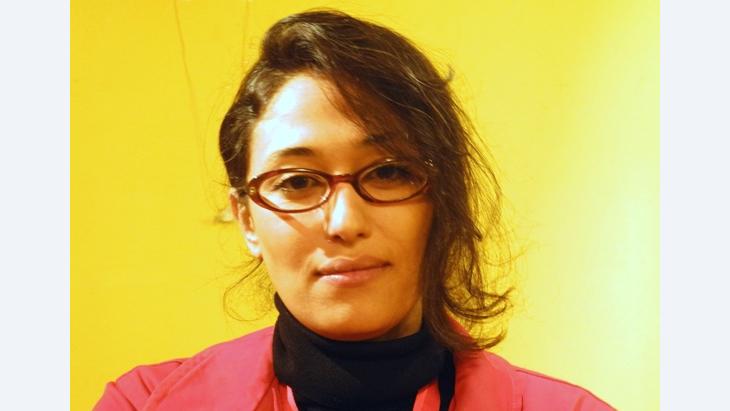 ''I Believe in the Syrian People''

﻿Lina al-Abed is a journalist and filmmaker who left her home in Damascus, Syria, to start a career in Beirut, Lebanon. In this interview with Irmgard Berner, she talks about women in the Arab film business and how the Syrian revolution has already in some ways liberated Syrians

﻿Ms. Al-Abed, you were born and raised in Damascus. Now you live in Beirut. Did you move there because of your work as a filmmaker?

Lina Al-Abed: No, I felt I had to get out of Damascus, it started to feel very small and I couldn't really breathe. And I said, why not Beirut. When you see Beirut for the first time it's very charming. But it's not like that in real life. I had the chance to go there in early 2011. Then the revolution started and I wasn't able to go to Damascus. I was afraid at first. Then even my family and friends told me that it's not safe and that there are lots of checkpoints.

Your father is Palestinian, your mother is Egyptian. Are these roots important to you? Are you Syrian?

Al-Abed: (laughs). I'm Palestinian. But I feel that Damascus is my home, more than anywhere in Egypt or Jordan. I'm actually Palestinian-Jordanian. You can't be solely Palestinian.

You are a journalist by profession. What are you doing at the moment?

Al-Abed: I graduated from the Damascus school of journalism, because there's nowhere to learn specifically about filmmaking. So I graduated in journalism with a documentary film. It was quite unusual to do this at that time. Then I changed my graduation film and sold it to Al Jazeera. Then I made "Nour Alhuda", which won Best Syrian Film at Doxbox, a documentary festival in Damascus, and I was really happy about that. 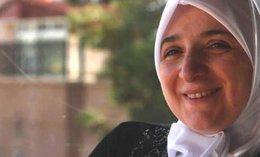 What is the meaning of desire, or do we really know our bodies? "Damascus. My First Kiss" is Lina al-Abed's third film. It explores the sexual conscience of women in Damascus

​​Of course, I know how to do many things, but film is where my passion lies. I left full-time journalism about four years ago to allow myself more time to write film scripts.

Do you always write your own scripts?

Al-Abed: Yes, and "Damascus. My First Kiss" is my third film. It's about the sexual conscience of women in Damascus. It wasn't easy, I've only just finished it. I presented it at the international film festival in Leipzig.

You're also a producer. What's the current situation for young filmmakers?

Al-Abed: It's a disaster! (laughs). It's very hard to find money. And to find people who can at least believe in a project. Now it's not easier but it's possible to find a way: We, that is Rami Nihawi, the Lebanese filmmaker, and I founded SacaDo, which presents his film "Yamo" and mine, "Damascus". We have a few projects in the pipeline with SacaDo. We're trying to create a network, we have a very good editor in France – you have to find like-minded people.

What kind of subjects do your films deal with?

Al-Abed: A decisive factor in the conception of the film "Damascus" was something I'll never forget: I was 16 and I hadn't yet started my periods. I used to ride my bicycle everywhere, but when I got my first period I couldn't understand why my mother didn't allow me to ride my bike anymore. She said: Now you've become a woman, you should watch your movements, and riding bicycles is not allowed.

It's usually a very special moment for women, but I think it's something that's not easy to get over. And it's a very big taboo – but actually it's just nothing – especially when you're talking about marriage, having sexual relations before marriage, how society will look or present the image of a sexy woman, for example. Questions such as what is the meaning of desire, or do we really know our bodies?

The most important question for me was that you can't really talk about women's rights and their future in a society that doesn't know where it's heading as a whole.

So you move from very private matters to the big social issue. How did you achieve this in your film "Damascus"?

Al-Abed: Actually I shot it before the revolution. With two women, two very powerful and beautiful characters, Lina Shashazi and Asma Kashtaro. 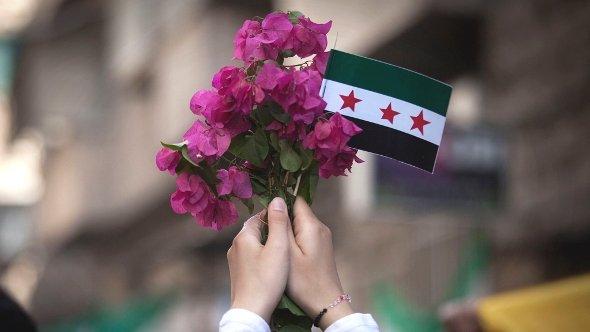 Despite the bloodshed and the violence, the revolution in Syria has brought about some kind of positive change, says Lina Al-Abed: "People are starting to consider the bigger picture, and focus on things that are more important than what women are wearing when they leave the house"

​​Asma is the granddaughter of the former Mufti of Syria, and Lina Shashazi is a member of one of the most famous Christian families in Damascus. It wasn't my intention to highlight the Muslim and Christian backgrounds of the protagonists; my view is that this is about society as a whole. About tradition - and not about religion.

Both women faced the same problems, regardless of their faith. When they were young, they weren't able to make decisions about their own future. So now, they want to ensure things are different for their daughters. I think that was the beginning of their revolution – before the actual revolution happened.

How has the revolution affected people's lives in Syria?

Al-Abed: Everybody is depressed about what's happening in Syria. There's a lot of bloodshed, but there is one good thing at least: people there are not afraid to speak their mind anymore, and that includes women. For example: previously, it would have been unusual for a woman to leave the family home and rent her own place. Now, during the revolution, some women are doing just that. That's it! People are starting to consider the bigger picture, and focus on things that are more important than what women are wearing when they leave the house. They are opening up their minds to new possibilities.

But is there a conservative backlash now, too, with militant Islamists entering the scene?

Al-Abed: Sometimes people ask me why I'm supporting this revolution. If the regime falls, they say, the Brotherhood will come and take over control the country. And I really don't care – except if they make me wear the veil. They keep saying that the solution is political Islam. But when they ascend to power, before long people will realise that this isn't the solution at all. In my view, while this revolution will topple the regime, it will be followed by another to overcome the idea of political Islam governing social life.

But you're hopeful for the future?

Al-Abed: I'm optimistic. Because I really do believe in the Syrian people.

Arab women played a leading role in the protest movement of 2011. Since then, ongoing social transformation has had a considerable impact on their lives. What is their assessment ... END_OF_DOCUMENT_TOKEN_TO_BE_REPLACED

In Islamic mysticism, Ramadan is more than just a period of prescribed abstinence, signifying an opportunity for inner contemplation. Marian Brehmer explores the spiritual ... END_OF_DOCUMENT_TOKEN_TO_BE_REPLACED

Liberal Islam: everything revolves around the Koran. In the search for a liberal interpretation, peculiar constructs occasionally emerge. By Alexander Flores END_OF_DOCUMENT_TOKEN_TO_BE_REPLACED

Mass protests began in Egypt on 25 January 2011. They triggered the overthrow of long-time ruler Mubarak. Ten years later, many human rights activists and journalists are in ... END_OF_DOCUMENT_TOKEN_TO_BE_REPLACED

Mass protests began in Egypt on 25 January 2011. They triggered the overthrow of long-time ruler Mubarak. Ten years later, many human rights activists and journalists are in ... END_OF_DOCUMENT_TOKEN_TO_BE_REPLACED

As the photo of Fairouz talking to French President Emmanuel Macron spread around the world, many asked if Arabs today had any contemporary stars of Fairouz's standing. In this ... END_OF_DOCUMENT_TOKEN_TO_BE_REPLACED
Author:
Irmgard Berner
Date:
Mail:
Send via mail

END_OF_DOCUMENT_TOKEN_TO_BE_REPLACED
Social media
and networks
Subscribe to our
newsletter