Franz Magnis-Suseno is a German-born Jesuit Priest and professor of philosophy in Indonesia. In this interview with Anett Keller, the naturalised Indonesian citizen talks about Indonesia's anti-pornography law, religious tolerance, and the definition of blasphemy 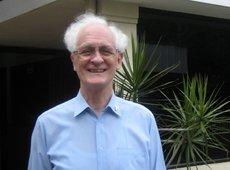 ​​ A series of developments in Indonesia over the past few months has left supporters of pluralism and freedom of religion deeply concerned. The controversial anti-pornography law was upheld by the Indonesian Constitutional Court, although the court's judges turned down a review of the 1965 law on blasphemy. Once again, Christian communities have had building permits for their churches rejected. Is Indonesia becoming increasingly intolerant?

Franz Magnis-Suseno: I see two tendencies. On the positive side, there are a growing number of very pluralistic thinking, prominent members of the Muslim majority. These include, for instance, the young intellectuals in Muhammadiyah und Nadhlatul Ulama, two large Muslim mass organizations. But there are also numerous other groups promoting pluralism. There are a great variety of study and exchange programmes helping to encourage dialogue between Christians and Muslims.

In general, no one questions the basic principle of Pancasila, which states that the country belongs to all its citizens equally. What has me concerned is that intolerance at the grass roots level appears to be on the rise. Certainly, this can be attributed to a growing influence of hard-line groups such as Hizb ut-Tahrir and FPI (Front Pembela Islam = Islamic Defender Front), but there are also political movements that are increasingly playing the Islamic card.

What does this mean for the future of Indonesia? 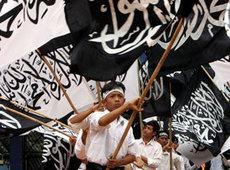 Intolerance at the grass roots level on the rise: Hizb ut-Tahrir supporters in Indonesia are calling for the creation of an Islamic state

​​ Franz Magnis-Suseno: It all depends on how stable democracy becomes. I'm of the opinion that things in the country are much better than they appear from the outside. Economic growth has been considerable, poverty is decreasing, and President Susilo Bambang Yudhoyono, who was re-elected last year, enjoys great popularity. Things will depend on how Indonesians see their country over the long term. When the people believe that Indonesia remains mired in corruption and poverty, the religious hardliners will of course have an easier time of it.

On 19 April, the Constitutional Court rejected a revision of the controversial law on blasphemy, which only recognizes six main religions (Islam, Catholicism, Protestantism, Hinduism, Buddhism, and Confucianism) and which has been used in the past to persecute religious minorities. You were called in as an expert to a hearing by the Constitutional Court on the revision to the law. Why?

Magnis-Suseno: I've been especially critical of the first paragraph of the law. This is where blasphemy is described as "deviant teachings". This definition is wrong. Blasphemy means to disparage a religion, which can be made a punishable offence, but it doesn't mean to deviate from a majority viewpoint. Secondly, the state does not have the right to determine which teachings are the "proper teachings" and which deviate from these. The state cannot say that Catholics are right and Jehovah Witnesses are wrong, merely because the former group has more adherents. Freedom of religion must also apply to minorities.

How do you evaluate the rejection of the revision by the Constitutional Court, which had been petitioned by a group of pluralistic NGOs and representatives of the national Human Rights Commission?

Magnis-Suseno: This is a step backwards and it is truly unacceptable. I had hoped that the judges would have had the courage to revise the law. 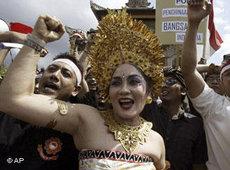 Protests in Bali against the anti-pornography bill: the law can impose jail terms for kissing in public or baring "sensual" body parts

​​ Why do you think they failed to do this?

Magnis-Suseno: The supporters of the law, which include the government and representatives of the large Muslim mass organizations, have argued that social peace cannot be guaranteed without such legislation. What they have actually done is blackmailed us with an indirect threat of violence. Yet, the representatives of Hinduism, Buddhism, and Confucianism have also voiced support for keeping the law, because they fear that without it, there would be no legal framework for the practice of their religion. Perhaps the petitioners should have spent more time in trying to allay these concerns.

Are there still legal options to revise the law?

Magnis-Suseno: The possibility does exist that the law could be revised through parliamentary means, but I honestly doubt that this will happen.

Then the hardliners have won?

Magnis-Suseno: The difficulty here does not lay with the relatively small number of hardliners, but rather that a wide spectrum of the population is easily stirred up, because the social problems still remain so great. Many Indonesians, for instance, support the introduction of decrees based upon Sharia law in the hope that this will lead to a decrease in crime.

In addition, many Muslims have the impression that Islam is under attack worldwide, not least because of the public mood in the West. This serves to mobilize mistrust, which the hardliners cleverly use to their advantage. And one shouldn't forget how paternalistic Indonesian society remains. Besides all this, not enough is invested in education, which is the key to more tolerance and equal rights.

What more should be done in the area of education?

Magnis-Suseno: The Indonesian school system is still much too feudal in the way it is organized. Teachers enjoy absolute power and children have to submit to their will. Instead of simply memorizing facts, much more emphasis should be placed on building character and on bringing up open, critically thinking, creative, and pluralistically-minded citizens. Most of all, teachers and parents have to convey to children a sense of courage to ask questions.

Interreligious Dialogue
Franz Magnis-Suseno: "Every Religion Is Essentially Humanistic"
The Catholic priest Father Franz Magnis-Suseno has lived for more than 40 years in Indonesia. Almost 30 years ago, he became a citizen of Indonesia, where he has since earned a reputation as a champion of interreligious dialogue. Christina Schott reports

Anti-Pornography Bill in Indonesia
March for Diversity
Human Rights Groups join the protest of Indonesian women against a new tough anti-pornography bill – the opposition to what many in Indonesia call the "Talibanization" of society is strong. Edith Koesoemawiria reports

END_OF_DOCUMENT_TOKEN_TO_BE_REPLACED
Social media
and networks
Subscribe to our
newsletter