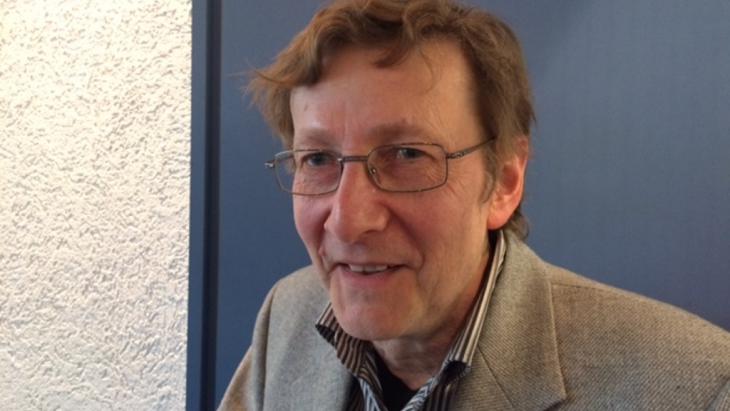 A lively debate is currently raging in Indonesia on how Islamic norms can be reconciled with democratic values. Liberals and fundamentalists, moderates and reactionaries are engaging in verbal skirmishes. Adelheid Feilcke asked Fred Schulze, an expert on Southeast Asia, what this debate means for the world's largest Islamic country

What distinguishes Islam in Indonesia?

Fritz Schulze: There are several factors. One is that Indonesian Islam is deeply rooted in the cultural developments in the country and therefore cannot automatically be compared to forms of Islam in the Arab world or in Iran or Turkey. Against this background, Islam in Indonesia differs slightly from the Islam found in other Islamic countries. In particular, Indonesian Islam is today firmly anchored in democratic society and does not call it into question.

Islam in Indonesia is characterised by syncretism, picking up elements of different religions and shaping them into something new. The majority of Muslims there today belong to the Sunni faith. What is the significance of this?

Schulze: Syncretism has always been vital to Indonesian Islam. Until well into the 19th century, Indonesian Islam was basically syncretic Islam. Syncretism means that Islam was strongly interwoven with traditional religious ideas. Today, the Sunni orthodoxy has gained a great deal of influence, particularly in urban societies, but syncretic elements continue to exist in rural areas.

Is that also the reason the coexistence of the different religious communities works so well?

Schulze: Indonesian Islam is traditionally very tolerant, that's correct. But syncretism is not necessarily the reason for today's religious tolerance in Indonesia. Other factors are also at play. A key factor is that, throughout its history, Indonesian Islam has been separate from the political power structure, especially during the colonial period, and therefore existed in parallel with other religions in Indonesia or in the Dutch territories. I think this is a very important aspect. 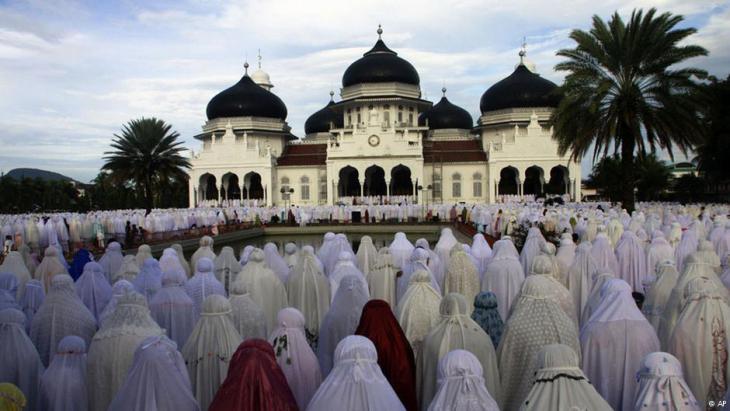 With some 200 million Muslims, Indonesia is the largest Islamic country in the world and has been a democracy since 1998. Fritz Schulze, Emeritus Professor of Southeast Asian Studies, stresses the "strong Islamic roots of cultural developments in Indonesia"

In other words, the separation of church and state is one reason, stemming from the colonial tradition and today shaping the social model that combines democracy and Islam?

Schulze: Yes, I think so. Of course, Islam had no political influence at all in the colonial era. Today, however, it does have some political clout. The state is independent. Eighty seven percent of the population are Muslims. So there is clearly a religious influence. That cannot be denied. What direction does this influence take? Are there aspirations toward an Islamic state – or does the influence mean that the public realm is becoming Islamised? I think the latter is the case rather than the former.

But it seems more and more women are wearing headscarves, while young girls are allowed to get married at 16. Stronger tendencies toward forced marriage are also feared. These are developments that are linked to religious influence. How does that tally with the claim of being a democratic state? 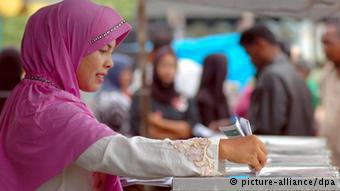 For Indonesians, democracy and Islam are not contradictions. "Indonesian Islam is today firmly anchored in democratic society and does not call it into question," says Fritz Schulze

Schulze: The state will always have an influence on marriage laws and other laws in this area. But I think, in this instance, it's more a matter of regulation. So if women are permitted to marry at 16 with the consent of their parents and the religious court, then that is a form of regulation. We should perhaps also remember that simultaneous efforts are being made to reduce or abolish unregistered Islamic marriages.

The aim at the moment is to restrict unregistered marriages, which has always been a very problematic issue. In Indonesia, marriages take place outside the official registry where girls of 13 or 14 are married off and then have no legal rights at all, especially in case of separation. This is to be abolished. It is now illegal and should be prevented. This is another trend that is seeking to give women more rights by imposing stricter legislation. It′s important to consider both sides.

Will Indonesia′s religious leaders and governmental structures be able to achieve a balance, effectively insulating the country against extremist tendencies? What is your forecast for the next few years?

Schulze: It's very hard to say. I am generally optimistic, because I know that in the heyday of Islamisation – namely in the first half of the last century – all attempts to establish an Islamic state failed and the relevant Islamic forces resisted these plans. I think this will continue to be the case in future.

But of course it is important that organisations in civil society – including those with Islamic roots –remain alert to this possibility, ensuring any negative tendencies are curbed from the outset. I would like to mention one example that makes me optimistic: Jakarta is governed today by a Chinese Christian. And the latest polls show that he has a good chance of being re-elected as governor of Jakarta in the next elections.

Fritz Schulze is an expert on Indonesia and Emeritus Professor of Southeast Asian Studies at the Goethe University in Frankfurt.

Home
Print
Newsletter
More on this topic
Women's rights in the Indonesian province of Aceh: "The population is being systematically silenced"Islam and democracy: Why 72 percent of Indonesians want shariaQantara dossier: Indonesia
Related Topics
Christians in the Islamic world, Criticism of Islam, Democracy and civil society, Indonesia's opposition, Islam and democracy, Islam and the West, Joko Widodo, Minorities in the Muslim world, Suharto
All Topics

We are in favour of human rights. But One Love armbands are self-righteous and ignore some fundamental issues. Stefan Buchen examines the debate surrounding the World Cup in Qatar END_OF_DOCUMENT_TOKEN_TO_BE_REPLACED

With its traditions of neutrality and non-alignment, Indonesia has had to tiptoe around the Ukraine war debate. Pro-Russia sentiment in the region complicates Jakarta's foreign ... END_OF_DOCUMENT_TOKEN_TO_BE_REPLACED

Calls for an environmentally-conscious form of Islam are growing in Indonesia, as climate change poses enormous ecological challenges for the country. Experts say it could change ... END_OF_DOCUMENT_TOKEN_TO_BE_REPLACED

Indonesia has become a primary battleground between democratic and autocratic visions of Islam in the 21st century, with Nahdlatul Ulama pitted against Abdullah bin Bayyah, a ... END_OF_DOCUMENT_TOKEN_TO_BE_REPLACED

END_OF_DOCUMENT_TOKEN_TO_BE_REPLACED
Social media
and networks
Subscribe to our
newsletter