Interview with Galal Amin
A Radical Break with the Past

In this interview by Susanne Schanda, the renowned Egyptian economist and sociologist Galal Amin shares his thoughts on the implications of the Egyptian revolution of January 2011 and the prospects for democracy in his country 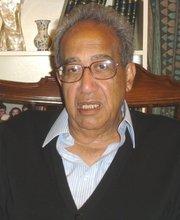 "The joy expressed by the people during the revolution is the joy of someone who has just been liberated from prison," says Galal Amin

​​In numerous books you have described the radical changes in Egyptian society that followed the 1952 revolution. Is the current revolution as significant as the coup staged by the free officers in 1952?

Galal Amin: Both revolutions mark a complete break with the past. Even though the 2011 revolution is still very young, it is safe to say that it too will make a radical break with the past. In 1952, we wanted to put an end to the king's regime and create a new, more just society. Exactly the same can be said of January 2011.

Were you involved in the 1952 revolution?

Amin: I was not directly involved because I was only 17 years old at the time. However, I had been interested in politics since the age of 12 and kept a very close eye on developments. Both revolutions came unexpectedly, although the atmosphere immediately before them was very tense; even more so in 1952 than this year. Revolutions always happen very unexpectedly in Egypt.

Amin: Because the Egyptians don't have a revolutionary streak. In this respect, we are like the British. If two Egyptians argue with one another and things get really heated, a third Egyptian soon comes along and placates them by saying "Praise be to the Prophet". The other two calm down on hearing these words. That's the way we Egyptians work. But that doesn't mean that we never start revolutions; it's just that when we do, it's all very unexpected.

What is the difference between this revolution and the 1952 revolution? 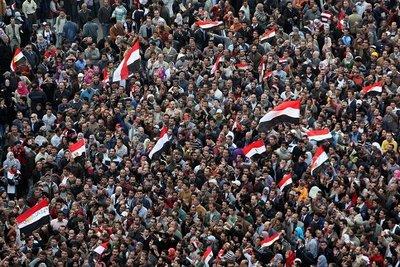 Out with the old, in with the new: although Egypt is no stranger to revolutions, unlike earlier revolts, the uprising in January 2011 involved the entire population

In 2011, the entire population was involved in the revolution, right across all social classes. Rich and poor, the educated and the uneducated, men and women, young people and old people, Christians and Muslims protested shoulder to shoulder against the system. I am really pleased about that. The 1952 revolution, on the other hand, began as a military coup and was not started by the people. The overthrow of the monarchy was, however, very popular and was welcomed and supported by many people. But it was a secretly planned coup. Today, exactly the reverse is the case: the people revolted and the army supports them.

What are the implications of this?

Amin: In economics, we differentiate between a company's owners and its managers. In most cases, the owners are not the managers. The owners are the shareholders. Sometimes, managers don't hold any shares in the company at all. If we apply this image to the revolution, it means that the people are the owners or the shareholders, and the army is the manager of the revolution. It's a dilemma. That is a very important aspect that has far-reaching consequences.

Amin: The army is now calling the shots. Prime Minister Ahmed Shafik, who swore an oath while Mubarak was still in power, was forced to resign two weeks later. The young people in the protest movement demanded that Shafik be removed. But to this day, there are other ministers in the cabinet who swore an oath under the ex-president.

So the protest movement played a decisive role in Shafik's resignation?

Amin: I and many others feel that this influence did not go far enough. The head of the army, Tantawi, spent about 20 years as a minister in Mubarak's cabinet! That is unacceptable! The young people sense this, and those who are not so young sense it even more. But no-one is voicing these doubts. What we are hearing is gratitude for the way the army behaved during and after the revolution. And no-one wants to create even more problems by attacking the army. 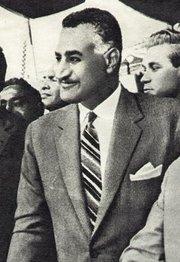 The decline of a shining star among Arab folk heroes: Gamal Abdel Nasser never recovered from the political blows he suffered after the defeat of the Egyptian army in the Six-Day War

​​The situation in 1952 was different. The army assumed power and changed the entire system. It set up the Revolution Command Council and began to govern the country. It revolted and then made decisions regarding the country's future. Today, the situation is different. The revolution of 1952 was marked by the ideology of nationalism. There are no ideological slogans to be heard in 2011.

Amin: Today, the demands are more elementary: bread, dignity, freedom, social justice ... For over 30 years, we were refused the freedom to express our opinions freely. Now, all of a sudden, everyone can say what they like. Ahmed Fuad Negm, a well-known poet whom I greatly admire, recently recited an old poem on television: "Everything was forbidden to us, both speaking and remaining silent." Sometimes we would have preferred to remain silent, but we weren't allowed to; we had to endorse the president in office by voting "yes" in a referendum. So the young people's demands are really very modest.

Is it still too soon for political programmes and debates about content?

Amin: If you look at the intellectuals' political discourse of the last 30 years, you can see that there are hardly any ideologies left. Of late, the opposition only ever criticised the government; it didn't offer any alternatives or any programmes. This is a result of the total restriction of the freedom of speech. After all, when you are in prison, you don't make plans for the future; you just cry out that you want to get out of prison.

In such a case, it's irrelevant whether you stand for socialist or capitalist ideals. The joy expressed by the people during the revolution is the joy of someone who has just been liberated from prison. It also explains why this joy has gripped all social classes. Now, however, the time for political debates has come.

What can Egypt learn from its history?

Amin: I consider a certain period of Nasser's rule, namely from 1956 to 1966, to have been successful in so far as we in Egypt were doing well both economically and in terms of social justice. Moreover, we also liberated ourselves from international pressure. Then the Six-Day War with Israel changed everything. Since then, everything has gone wrong. Everything that has happened since then is a direct or indirect consequence of this war. For me, things in Egypt did not just start to go downhill in the last 30 years under Mubarak, things have been going wrong for the 44 years since 1967. But I am not naive enough to say that we should go back to doing thinks like Nasser. The world has changed dramatically since then.

Amin: We should plan our future. That was neglected in recent years. We now have to fortify the private sector. We have to be open to investment. During Nasser's rule from 1953 to 1970, Egypt was almost completely isolated economically from the rest of the world. There were high tariffs; travelling was very difficult. During this time, there was a joke that really encapsulated the situation: "One day, Nasser visited the Sphinx and told her how proud of her he was and how he would like to grant her a wish. So the Sphinx told him that she would like an exit visa!" In other words, the question of how to get an exit visa was a matter of importance to people back then.

The American politician Michael Mandelbaum has expressed doubt that it is possible to achieve democracy in Egypt. He argues that democracy not only means free elections, but also political, economic, and religious freedom. What is your response to that?

Amin: He is right when he says that democracy is more than just free elections. But we can achieve much of what he mentioned: freedom of speech is already possible up to a certain degree and this will further improve. Religious freedom refers to the relationship between Muslims and Coptic Christians in Egypt. This relationship can improve under a patriotically-minded government. It has been proven that the conflicts between Muslims and Christians in recent years were often fomented by the regime as a means of legitimising its apparatus of repression. I really do believe that we will ultimately be able to solve this problem.

Galal Amin was born in Cairo in 1936. After extended stays in Kuwait and Lebanon, he worked as professor of economics at the American University of Cairo. He is the author of numerous academic publications such as Whatever happened to the Egyptians? (1998) and The Illusion of Progress in the Arab World (2006).

Egypt's Shifting Political Landscape
Democracy Informed by Religious Values
The US and the West must understand the constructive role of faith in Egypt's democratic aspirations, says Dalia Mogahed, Executive Director of the Gallup Center for Muslim Studies

In Doha, Arabs from Morocco, Tunisia, Egypt and Algeria are gathering to celebrate the first ever FIFA World Cup to be held on Arab soil. The criticism from Europe? Over the top, ... END_OF_DOCUMENT_TOKEN_TO_BE_REPLACED

November 2022 sees the Arab world firmly in the spotlight with the COP27 in Egypt and the FIFA World Cup in Qatar. Public trust in MENA governments is weak, thanks to their ... END_OF_DOCUMENT_TOKEN_TO_BE_REPLACED

Palme d’Or winner "Boy from Heaven" is a classic crossover film in which cultural elements are mixed together in haphazard and random fashion. Shady Lewis Botros bemoans the ... END_OF_DOCUMENT_TOKEN_TO_BE_REPLACED

COP27 in Sharm el-Sheikh is turning into a PR disaster for Egypt’s military regime. Instead of praise for the host, the news is full of solidarity for imprisoned activist Alaa ... END_OF_DOCUMENT_TOKEN_TO_BE_REPLACED

"Rebel Game: The Power of Football in the Middle East and the Qatar World Cup", an anthology published by Middle East researchers Jan Busse and Rene Wildangel, takes the upcoming ... END_OF_DOCUMENT_TOKEN_TO_BE_REPLACED
Date:
Mail:
Send via mail

END_OF_DOCUMENT_TOKEN_TO_BE_REPLACED
Social media
and networks
Subscribe to our
newsletter