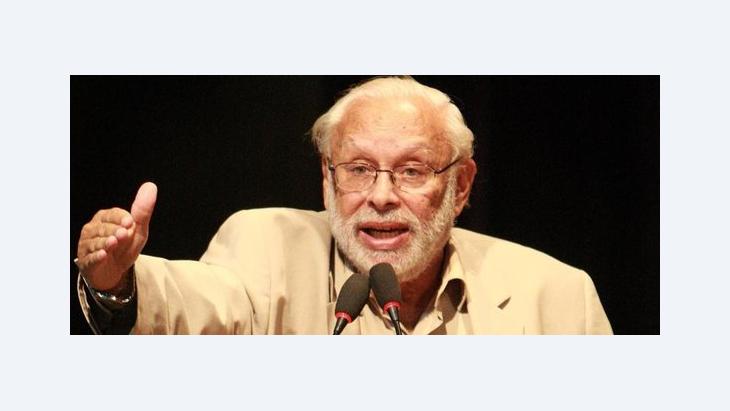 Interview with George Ishak
''We Need a New Revolution''

﻿George Ishak, an Egyptian democracy activist and founder of the popular "Kifaya" protest movement that opposed the former Egyptian president, Hosni Mubarak, is confident that the people of Egypt will not accept being dictated to by the military in the long run. Joseph Mayton spoke to him about the current situation in Egypt

You've been a part of most of the movements for change in Egypt over the past decade. Do you believe that the military's rule is different from that of Mubarak?

George Ishak: There are many similar things with the military. They are both trying to force people to agree with them. But people know better. This is a revolution and they cannot silence Egyptians any longer. They are jailing people like Mubarak and they have killed hundreds of people since they promised to be in power for only 6 months. Now we are one year on, and still they want power.

So you think the military wants to stay in power?

Ishak: Absolutely. They want to run the country. That is why they took power last year. They were not part of the revolution and are taking advantage of it.

But the military said it was protecting the revolution, and we have had elections?

Ishak: Whose elections? On the first day of voting, my colleagues were burying their friends and family from Mohamed Mahmoud Street. 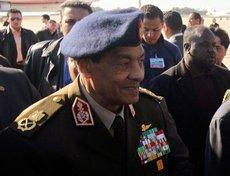 Chairman of the Supreme Council of the Armed Forces, Field Marshal Mohammed Hussein Tantawi, stands accused by supporters of the democratic movement of tightening his grip on power and blocking Egypt's transition to democracy

​​This is the country they want. They want to have the Islamic groups and parties win because then they can say to America and the West: "we have to be here to protect the country". They are politicians. And most of the ruling council was part of the former regime. No different.

But elections were free.

Ishak: No, they were only free on one level. The other groups that were still fighting against military rule in Egypt were not prepared and had to fight hard at the end for a few votes. The military knows this and that is what they are doing to keep power.

What can be done to keep the revolution alive and make the changes that the protesters called for over the course of 18 days last year?

Ishak: We need a new revolution. That is what could happen on 25 ﻿January. People I talk to are upset with the military. Last year I never heard a single negative thing about the military, but now it is everywhere.

People don't blame the protesters as much. The killing of protesters was a bad thing for the military. The Egyptians are a loving people and they do not like to see people getting killed. When the military threw bodies in Tahrir in November, that was the beginning of their end. We will fight against military control and as before, the people will win.

Protests, then, are the solution?

Ishak: We need a lot of people to go out on the streets. When there is only a small number of people, the military and police can beat them and kick them out of the square. But when there are tens of thousands in the square like before, they cannot do anything like that. This is why people must occupy Tahrir and not go to the side streets. We have to let the world know we don't want the military. 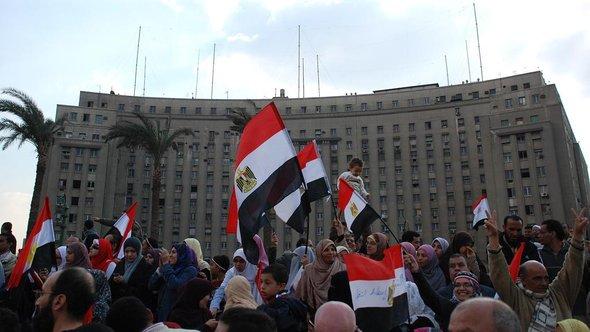 Despite the military, do you feel things have improved in Egypt, socially and economically?

Ishak: Maybe. People are still poor. We have no money, and prices are rising. Now fuel is hard to find and the government says it has no money. I heard people are killing themselves because they don't have jobs and can't provide for their families. This is what is happening.

But at societal level I do see a lot of changes. People are more willing to come out and talk about issues. This is good. But we still have to fight for our rights and this is not an easy thing to do when the military is in power.

Ishak: You should know. They beat and arrested you in December. They are in power. Nobody else. They say and do everything and they are arresting people, killing people and putting people on military trial. This is unacceptable. They don't like it when protesters call for Mubarak to be removed, but this is true. They are just like Mubarak and they want to keep power. So yes, the military is the problem.

What about the Islamic groups coming to power?

Ishak: If we have a real democracy then it shouldn't be a problem because we can vote against them ﻿again. This first election was bad. The protesters and the liberals struggled, but we get better with time and if the country has human rights and justice, then we will be okay. It is about keeping things going and making change.

So you are not scared of the Islamic groups?

Ishak: There are a lot of things I don't like about the situation, but the Egyptian people won't allow them to take away their freedoms. We didn't have any freedom under Mubarak and people don't want the same again.

Home
Print
Newsletter
More on this topic
Interview with Ahdaf Soueif: Happy to Follow the Tahrir Youth's LeadAnniversary of the Egyptian Rebellion: Egypt's Protesters Ready for the Next RevolutionTwelve Months after the Start of the Arab Spring: Year Two of the Rebellions
Related Topics
Arab Spring, Arabellion, Democracy and civil society, Egypt Revolution 2011, Egypt's army, Muslim Brotherhood
All Topics

The devaluation of the Egyptian pound combined with rising food prices is taking its toll on Egypt. More and more people are slipping into poverty. Karim El-Gawhary reports from ... END_OF_DOCUMENT_TOKEN_TO_BE_REPLACED

Egyptian Sufis have been on the defensive against the country's Islamists for decades. Meanwhile, interest in mysticism is growing among the young members of Cairo’s middle and ... END_OF_DOCUMENT_TOKEN_TO_BE_REPLACED

Abortions are illegal in Egypt unless they are necessary to save a married woman's life. But that doesn't stop local women from having one. Egyptian society needs to acknowledge ... END_OF_DOCUMENT_TOKEN_TO_BE_REPLACED

Food prices doubled, salaries halved, banks restricting withdrawals: Egyptians now have the same problems as the Lebanese. But if things get worse here, the fallout will be far ... END_OF_DOCUMENT_TOKEN_TO_BE_REPLACED

Giessen, Eichsfeld, Kusel, Berlin – cars bearing old German number plates are the latest trend on the streets of Cairo. Many Egyptians regard the discarded plates as chic. What ... END_OF_DOCUMENT_TOKEN_TO_BE_REPLACED

END_OF_DOCUMENT_TOKEN_TO_BE_REPLACED
Social media
and networks
Subscribe to our
newsletter