Georges Corm is convinced that as long as the West pursues double moral standards and applies international law unequally, its attempts to establish dialogue with the Islamic world cannot be taken seriously. Mona Sarkis spoke to the social scientist and former Lebanese Finance Minister 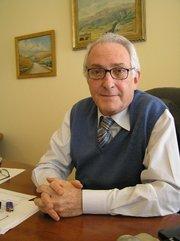 Georges Corm: "The only way to a dialogue at eye level is to address issues that are considered taboo in the West: the invasion and occupation of Arab territories"

​​Mr. Corm, in your most recent book, "Histoire du Moyen Orient", you devote a lot of attention to what you refer to as the geographic "arabesque" that historically characterizes the Middle East, by which you mean the present Arab territories, the Mashriq, Turkey, and Iran. Why devote so much space to this concept?

Georges Corm: Because talk of "Muslim society" - as if it were one unified ethnic or national body - is out of touch with reality and I just wanted to show the diversity that has existed at geographical level since ancient times. Persians, Turks, and Arabs are not a homogonous group that is held together by religion. It is absurd to view Moroccan and Iranian society as one and the same. This presupposes that Islam is a living, unified being that exists in a precisely defined territory.

Since the collapse of the Soviet Union, authors like Bernard Lewis and Samuel Huntington have done their best to make the world believe in the existence of mega identity blocks such as "Islam" and "the West" - and unfortunately their efforts have been quite successful - but that is precisely the reason why reality must be quoted again and again.

In fact, Islam is - as scholars of the calibre of Michael Hogdson, Jacques Berque, Maxime Rodinson, or Ernest Gellner have demonstrated - only one aspect of the development of what is referred to as "Muslim societies". The fact that numerous potentates exploit it in order to preserve their power is not the fault of the religion.

Among these potentates I not only count dictators or emblematic Muslim fundamentalist leaders, but also the successive governments of the United States. In the final stages of the Cold War, a young generation of radical Arab Marxists made the United States worry that the resource-rich region might fall under Soviet control. To prevent this, they encouraged the Islamists, thereby setting in motion a dynamic development that can no longer be stopped.

Yet you disagree with the concept of "re-Islamicization"...

Corm: Because it underpins the notion that Islam is a monolithic block. Until the 1960s, Iraq, Egypt, and Syria all promoted secular nationalism, but they failed altogether with the collapse of pan-Arabism. Pan-Arabism was then replaced by varieties of pan-Islamism that were not uniform, but were shaped by either Shiism or Sunnism. The difference between the two was responsible for the devastating eight-year war between Iraq and Iran in the 1980s. 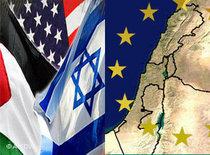 As long as the West does not apply international laws in the Near East and moral standards equally, its attempts to start a dialogue appears ridiculous, if not cynical, says Corm

​​This in itself reveals the limitations of Huntington's concept of a "civilization" as a coherent political and military unit. Nevertheless, the West continues to address the "Muslim region" with this concept. The United States, for example, classifies Iraq, Iran, Syria, and North Korea as the "axis of evil" despite the radical differences between these very different countries, political regimes, and cultures.

You also emphasize that the interference of the West in the region was and still is not only politically but also religiously motivated.

Corm: Another reason why I dislike talk of "Islamicization" is because it presupposes that the religion had already disappeared. That was never the case, neither in the East nor in the West. It is time the West realised this. To this day, fundamentalist churches in the United States take the Bible or the Old Testament literally, not symbolically or morally. God promised the Jews Palestinian land, ergo the Americans deduce the Jewish right to a Jewish state in Palestine; it is in line with God's Old Testament command to destroy or at least expel the people of Palestine or Canaan.

The West's support for Israel is the consequence of the triumph of the Anglo-Saxon culture and view of the world, which is deeply Protestant and therefore rooted in the Old Testament. Even if the founders of the Zionist movement had been totally secular and not religiously motivated, the British or the Americans would have viewed their initiative as the way to return to biblical prophecy and to colonial British interests at the beginning of the twentieth century and US strategic interests today.

The enormous political build-up of legitimate emotions and political consequences surrounding the Holocaust many years after the conclusion of Nuremberg trials also originated in the Anglo-Saxon world. It was the Baptist Jimmy Carter who in 1978 set up a Presidential Commission to keep the memory of the Holocaust alive.

Based on these examples - which are currently being continued by George W. Bush and Tony Blair - it becomes clear just how religious the West's allegedly secular politics actually are when it comes to international affairs.

How can the block and axis mindset, which has become so entrenched, be overcome?

Corm: Definitely not by these endless "civilization-dialogues" that are currently so fashionable and that merely serve to underpin the Huntingtonian thesis that differing anthropological characteristics and differing religious, cultural, and political values are the cause of violence and wars.

The only way to a dialogue at eye level is to address issues that are considered taboo in the West: the invasion and occupation of Arab territories; the plight of invaded and still occupied populations (Palestinians, Lebanese, Iraqis); the Israeli settlements in the Palestinian West Bank, which contravene the Geneva Convention; the application of double standards when implementing UN Security Council resolutions; the special status and treatment afforded by Western States to the State of Israel in the region.

Why was Iraq brutally punished for its invasion of Kuwait in 1991, while Israel got away with its occupation of Egyptian, Lebanese, Syrian, and Palestinian territories in 1967, 1978, 1982, and 2006? Why should Israel, India, and Pakistan develop atomic energy and atomic bombs without having to suffer embargoes and sanctions, but not Iran?

Even the North Korean dictatorship is handled more carefully than Iraq or Iran. Why is the public in the West so outraged by Palestinian suicide bombers but so unmoved by the suicide bomb attacks perpetrated by Tamil Tiger guerrillas in Sri Lanka that began in 1987 or the same type of bloody Chechen resistance to Russia? As long as the West does not apply international laws and moral standards equally, but instead chooses to apply one law to Judaism and another to Islam, Christianity, or Buddhism, its attempts to start a dialogue appears ridiculous, if not cynical.

Georges Corm
"Laicism Should Not Be Seen as a Specifically Western Doctrine"
Georges Corm, economist and former finance minister of Lebanon, doesn't spare the Islamic world criticism, but he also says that the West is far less rationalist than is commonly believed. By Alexandra Senfft

Interview with Tariq Ali
"That's Not the Democracy We Want"
In an exclusive interview with Qantara.de, Tariq Ali, author of "The Clash of Fundamentalisms" and renowned critical intellectual, talks about Islam and the West and about reforms in the Islamic world. Interview by Tareq Al-Arab

The European Union and Palestine
EU Policies Frustrate Policy Aims
If a Hamas-Fatah unity government is formed, the EU should work with it if it adopts a platform reflecting the Quartet principles, argues Muriel Asseburg in her analysis

END_OF_DOCUMENT_TOKEN_TO_BE_REPLACED
Social media
and networks
Subscribe to our
newsletter