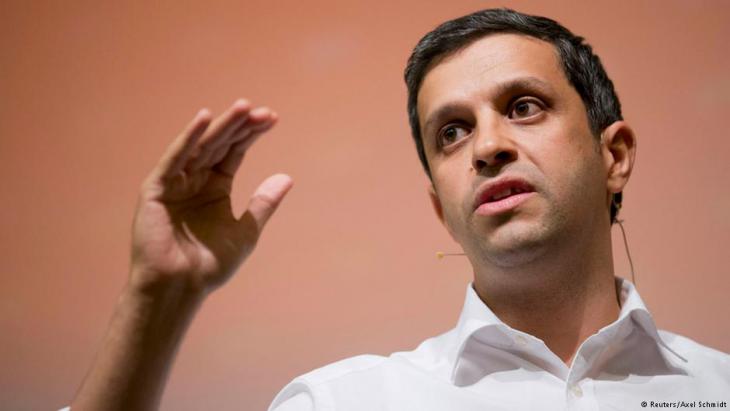 Anti-Semitism is not unique to Arab immigrants. Muslim SPD politician Raed Saleh warns that the current debate could be exploited to stir up inter-religious conflict. Interview by Astrid Prange

Aiman Mazyek, chairman of the Central Council of Muslims in Germany, has noted that the fight against anti-Semitism is rooted in religious precepts, pointing out that in Islam, anti-Semitism, racism and hate are sins. But is it really possible to combat political anti-Semitism?

Raed Saleh: Anti-Semitism is not a new phenomenon. Many are currently hiding behind the cloak of migrant anti-Semitism and in truth rubbing their hands at the opportunity it presents them with. These are the anti-Semites in Armani suits and the right-wing populists. Some are also trying to foment an atmosphere hostile to Islam. I can only warn against this. Attacking someone wearing a yarmulke is just as criminal as tearing the headscarf from a woman's head. When refugees from Syria or Afghanistan have been raised with anti-Semitic ideology, then we have to put up a stop sign and make sure that it stops right here. Here in Germany we do not go after people of other religions with a belt!

You yourself are Muslim. How is this issue being addressed at your mosque?

Saleh: I don't belong to a mosque community. I would probably drive any imam to despair. I visit the mosque much too seldom, unfortunately. I am more of a secular Muslim, but Islamic values are important to me. Today 4.5 million Muslims live in Germany. The vast majority feel they belong here. We have to make sure not to turn the current debate on anti-Semitism into a conflict between religions, because that is surely not what it's all about. It is a conflict between values and attitudes.

The Conference of European Rabbis awarded you a tolerance prize for your dedication to religious dialogue. Your latest project is the reconstruction of the destroyed Fraenkelufer Synagogue in Berlin's Kreuzberg district. What gave you that idea? 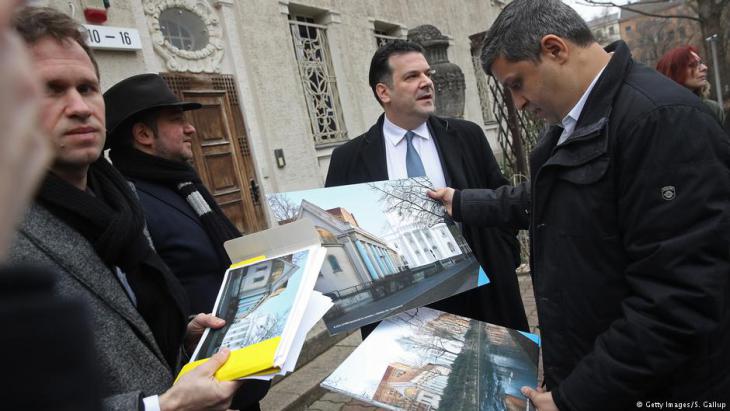 Project aims at peaceful religious co-existence: plans are afoot to rebuild the synagogue on the Fraenkelufer – once one of the capitalʹs leading Jewish houses of worship – in Berlinʹs multi-cultural Kreuzberg district. The driving force behind the initiative is a Muslim: parliamentary party leader for the SPD in Berlin, Raed Saleh. "Those who rebuild palaces and churches must also rebuild the synagogues destroyed by the Nazis," argues the 40-year-old, referencing two prestige projects – the reconstruction of the Berlin Palace and Potsdamʹs Garrison Church

Saleh: The idea emerged last year on the 9th of November, the anniversary of the Kristallnacht pogroms, during discussions with party colleagues. I think it is important to send clear signals. Commemorative events are important and necessary. But we must also ensure that Jewish life is once again given the space it deserves. We need meeting centres and we have to build the bridges ourselves. The new synagogue on Fraenkelufer is the first reconstruction project of its kind in Germany.

The destruction of the synagogue already dates back 80 years. Why did the idea of rebuilding it only occur to people now?

Saleh: That's what I keep asking myself. Perhaps this initiative can help us to find common ground, a common story for our country. A society that aspires to develop into a modern immigration society needs to find a common denominator. I call this the "new German left-wing dominant culture" and mean by that the ability to tolerate and respect each other.

How has the initiative to rebuild the synagogue been received in the affected Berlin districts of Kreuzberg and Neukolln?

Saleh: The reactions have been consistently positive, regardless of religion or origin. We mustn't start pitting people against each other, Jews against Muslims, Christians against Muslims or atheists. All of sudden, religious affiliation seems to have assumed incredible importance. Why? It doesn't matter in the least what religion someone practices: what's important is the kind of person he or she is!

Certainly not everyone sees things that way. Have you ever been threatened due to your views?

Saleh: I am not going to comment on that. In my position you have to be able to put up with a lot of things.

Raed Saleh has been parliamentary party leader for the SPD in Berlin since 2011. Born in Palestine in 1977, he moved to Berlin as a child. He was awarded the Tolerance Prize by the Conference of European Rabbis for his dedication to Muslim-Jewish dialogue

Dalia Hatuqa is an experienced journalist who has reported on the Israeli-Palestinian conflict from Ramallah, Washington DC and Amman. A writer for Time Magazine, Foreign Affairs ... END_OF_DOCUMENT_TOKEN_TO_BE_REPLACED

Since President Abdul Fattah al-Sisi seized power in Egypt in 2013, he has ruled the country with an iron fist. Civil society, opposition and free press struggle to survive. Tens ... END_OF_DOCUMENT_TOKEN_TO_BE_REPLACED

Many Turks are dissatisfied with the international status of their country. At the same time, opinion polls reveal great scepticism among the Turkish population towards the USA. ... END_OF_DOCUMENT_TOKEN_TO_BE_REPLACED

The German government is planning to legalise cannabis before the end of this legislative period. So what does Islam have to say about its consumption? Will changing the law alter ... END_OF_DOCUMENT_TOKEN_TO_BE_REPLACED

END_OF_DOCUMENT_TOKEN_TO_BE_REPLACED
Social media
and networks
Subscribe to our
newsletter