Turning Away from a Strategy of Confrontation

Gilbert Achcar, professor of International Relations at the School of Oriental and African Studies, University of London, talks about the effects of the recent Israeli campaign in Gaza and the chances of reviving the peace process under the Obama administration. Interview by Ali Fathollah-Nejad

Gilbert Achcar, professor of Development Studies and International Relations at the School of Oriental and African Studies, University of London, talks about the effects of the recent Israeli campaign in Gaza and the chances of reviving the peace process under the Obama administration. Interview by Ali Fathollah-Nejad 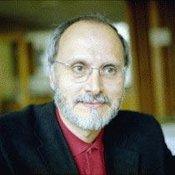 According to Gilbert Achcar, it is in the best interests of the USA to move away from the failed strategy of confrontation pursued by the Bush administration and to play instead the role of an umpire

​​The ostensible objective of the 22-day Israeli assault on Gaza, which was launched late last year and came to an end just before the inauguration of the new US president, was to crush Hamas. It proved to be a very costly affair for the civilian population in that part of occupied Palestine. What are your thoughts on the outcome of the assault?

Gilbert Achcar: As some observers did not fail to point out, Israel did not define concrete achievable goals for its most recent onslaught on Gaza. And there could not have been any goals - like disarming the Gaza Strip - short of a willingness to destroy it almost completely.

The purpose of the onslaught was actually to "teach the Palestinians a lesson" according to a principle that could be described as "one-hundred eyes for one eye"; hence the extreme degree of violence and war criminality. However, despite this new threshold reached by Israel in the escalation of its war against the Palestinian people, there were no signs whatsoever of any inclination to surrender on the part of the Palestinians  quite the opposite, in fact. This is why any assessment of the onslaught's results is very much disputed in Israel itself.

Most of Israel's Arab neighbours remained silent in the course of this armed conflict and even Egypt, the most populated country in the Arab world, cooperated with Israel by enforcing the blockade of the western frontier of Gaza. On the other side, Iran was a vocal critic of the war. What are the political ramifications for the region?

"One-hundred eyes for one eye": the destruction of infrastructure caused by Israeli attacks on the Gaza Strip is still strikingly apparent

​​Achcar: Israel's attacks on Hamas and the Lebanese Hezbollah are seen as part of the general confrontation in the region between the US, Israel, and the so-called moderate Arab regimes (i.e. the regimes that depend on the US) on the one hand, and Iran and its Arab allies, i.e. Syria, Hezbollah, Hamas, and some forces in Iraq, on the other.

However, in light of the change of administration in Washington and the signs that the Obama administration will depart from the very aggressive anti-Iran stance of the Bush administration, there is now a general move towards Arab "reconciliation", which includes Cairo's mediation between Hamas and Mahmoud Abbas's Palestinian Authority and the recent summit between the Saudi king, the Egyptian president, and the Syrian president.

The parliamentary elections held in Israel in the aftermath of the war led to a considerable upsurge in support for right-wing forces, with Likud hardliner Benjamin Netanyahu recently being designated the country's new Prime Minister. What are his prospects when it comes to dealing with Hamas?

Achcar: Israel is continuing its inexorable slide to the right, which began after the 1973 war with the electoral triumph of Likud in 1977. The next major stage in this slide was Ariel Sharon's victory in 2001. Now the force that stands to form the new government is a Likud that was reduced to its own far right led by Netanyahu after the split led by Sharon that created Kadima. This means that the two largest groups in the Israeli Knesset are two wings of the historical Likud, which itself is the heir of Jabotinsky's "Revisionism", the far right wing of the Zionist movement that Ben-Gurion himself described as fascist! 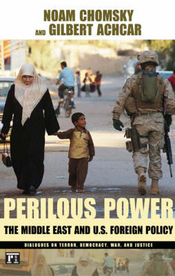 Perilous Power: The Middle East and US Foreign Policy, by Gilbert Achcar and Noam Chomsky, is an astute analysis of the situation in the region that mercilessly highlights the US’s failed military intervention in the Near East

​​And the third largest group is, of course, Lieberman's, a group that calls openly for an "araberrein" Israel, an Israel free of Arabs. "Labour" Zionism, the historical founder of the state of Israel, is now only number 4 in the Knesset. This in itself shows how dangerous and frightening the situation is. Netanyahu has criticized the Olmert government for having stopped the onslaught on Gaza short of a total victory. He advocates the eradication of Hamas, a goal that would entail what I have already described.

This is why it is more urgent than ever to mobilize in order to prevent a new massacre, and increase the pressure on Israel to adopt a radical change in its stance and move in the direction of a genuine commitment to peace.

Since its election victory three years ago, Hamas has been the subject of many controversies. How would you assess the state and the future of the political representation of the Palestinian people? What role could the EU play in the effort to build a government of national unity?

Achcar: The Palestinian people, I believe, desperately want national unity. Paradoxically, the recent fighting has increased Hamas's popularity more in the West Bank than in Gaza itself, according to Palestinian polls, and the reason for that is, in my view, the fact that the people of Gaza have borne the brunt of Israel's onslaught whereas the population of the West Bank mainly compared the resistance in Gaza with what looked very much like Mahmoud Abbas's de facto collusion with the onslaught.

But ultimately, I think that neither of the two leaderships can claim to enjoy the enthusiastic support of the majority of its people. This is an expression of the crisis of leadership that the Palestinian struggle has been facing for many years now. As for the EU's role in the process of Palestinian reconciliation, it should start by stopping its interfere in the internal affairs of the Palestinian people and recognise whichever government its democratically elected institutions choose to form, irrespective of the EU's likes and dislikes.

How likely is it that US President Obama will succeed in his pledge to actively seek "a lasting peace between Israel and the Arab world"? What did the recent mission of his special envoy, George Mitchell, bring in terms of the so-called peace process?

Achcar: I believe that the Obama administration and the president himself are truly committed to finding a way out of the terrible vicious circle in which the whole Middle East is caught, and the US with it. Their exit strategy for Iraq is part of this commitment. It is in the best interests of US imperial hegemony in the region to move out of the failed strategy of confrontation that the Bush administration implemented for several years, and to play instead the much more comfortable role of an umpire between the contending forces in the region.

For the US empire, the role of umpire, the quintessence of "divide and rule", combined with that of Lord Protector of the Gulf oil monarchies, is the best strategy. Moreover, the severe crisis of the global economy is a further incentive to stabilise the Middle East, as any flare-up of the tensions there would have negative consequences in that respect.

Gilbert Achcar is the author of The Clash of Barbarisms and The 33-Day War (with Michael Warschawski), both of which have been translated into German, and Perilous Power: The Middle East and US Foreign Policy (with Noam Chomsky). His next book, The Arabs and the Holocaust, will be published in the autumn.

Comment on the Israeli-Palestinian Conflict by Assaf Gavron
Ignorance on Both Ends
In the current climate of crisis, Israel is endangering its democratic character, says the Israeli author Assaf Gavron. At the same time, however, he says western media often deny the real threat Hamas poses for Israel

END_OF_DOCUMENT_TOKEN_TO_BE_REPLACED
Social media
and networks
Subscribe to our
newsletter