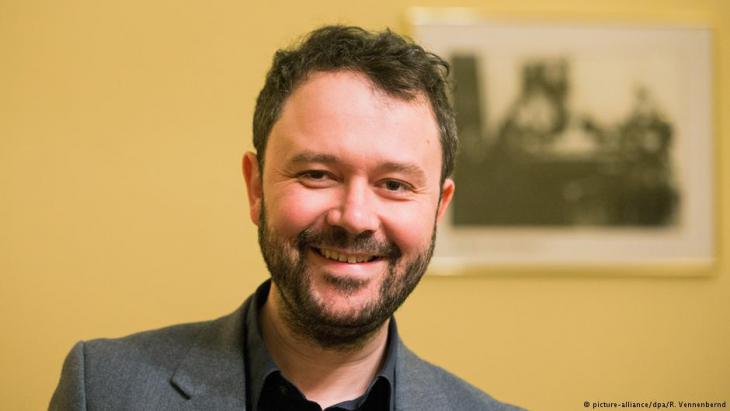 The eternal fascination with coming-of-age

The French graphic novelist Riad Sattouf is best known for his memoir, "The Arab of the Future". Bettina Baumann met him to discuss his latest series, "Esther's Notebooks", which tells stories from the perspective of a young girl

Mr. Sattouf, most of your comics, but also your award-winning film "The French Kissers", look at childhood and growing up. Why are you so fascinated with this topic?

Riad Sattouf: A lot of things occur unconsciously when I am developing a story. Youth is a transitional time of emerging from the protective cocoon of one's parents' home and entering reality. You suddenly have to fend for yourself. Hormones start to play a role and the body changes. I find it fascinating to describe this period of development because it is so rich in new perspectives on various things.

In "The Arab of the Future" and "Esther's Notebooks", you describe this particular period of life from a child′s perspective. Most adults are likely to have forgotten how one thinks as a child, indeed how children view their surroundings. How do you manage to adopt this perspective so accurately?

Sattouf: With "Esther's Notebooks", for instance, Esther was actually inspired by a real girl who told me about her daily life, her likes and dislikes. I simply tried to convey what she said as accurately as possible.

The rich details of early childhood: "I can remember particular places and see them in my mind's eye – the way they looked, the streets, the stones, even the types of stones they were. I am actually transported back into that time. It's as if I had a photo of it and can zoom in," admits Sattouf

As far as my own story goes: I actually have very clear memories; I can recall situations very well. I remember colours, smells, sounds, atmospheres and the way places looked. The memories I have of my early childhood are very rich in information. I can remember particular places and see them in my mind's eye – the way they looked, the streets, the stones, even the types of stones they were. I am actually transported back into that time. It's as if I had a photo of it and can zoom in.

But of course I reconstruct things too. For instance, in "The Arab of the Future", I have clear images of my younger childhood, but I cannot recall dialogues. So I reconstruct them so that readers can interpret the images more easily.

For the books in the Esther series, I drew on dialogues that really occurred, writing them down word for word.

Ten-year-old Esther is the daughter of a Parisian couple with whom you are friends. You thought of writing down Esther's story because you thought it could be interesting to juxtapose Esther with the way you were as a 10-year-old. What differences did you discover?

Sattouf: The biggest difference between Esther and me is that back then technology was more or less science fiction. But for Esther, a cell phone is something tangible that she desperately wants to have and which offers her a possibility to communicate and access a world of information. It changes the way she sees the world. 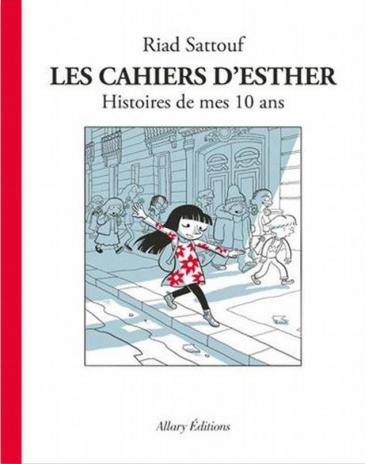 A documentary approach: "I can′t intervene in "Esther's Notebooks". But what I sometimes do is ask a question about a particular topic. I never pass judgement on what Esther says to me, however. If I did that, she would never tell me anything again. It's up to her parents to get her to think about things…,"

When I was little, on really long trips, you didn't always know which direction to take. There was no information that was constantly updated… The world was more terrestrial and bigger. Esther, who has never been on a trip, types "Africa" into her phone and four images pop up, giving her the feeling that she has already been there.

As far as relationships between boys and girls go, we share some similarities. For instance, my school in Syria was not co-ed. The boys were on one side of the schoolyard and girls on the other. The boys played soccer together and the girls played games amongst themselves. But that was also the law; that's the way the school was organised.

Esther's school in Paris is a private one and is co-ed, but during recess, the boys and girls separate and do not play with each other. It's the same separation, except that in Syria, it was obligatory and in France, people can do what they want. They actually choose to do that. That surprised me.

In the Esther episode "Charlie", which addresses the day on which the attack on the satirical paper Charlie Hebdo occurred, Esther says at the end: "I think people probably shouldn′t mock the gods." How did you respond to her in your real conversation?

Sattouf: "Esther's Notebooks" are a little bit like a wildlife documentary – I can′t intervene. I never do that. But what I sometimes do is ask a question about a particular topic. I never pass judgement on what she says to me, however.  If I did that, she would never tell me anything again. It's up to her parents to get her to think about things…

It's hard to imagine that you were really able to keep yourself from saying anything. After all, you were also a cartoonist for "Charlie Hebdo" for nine years.

Sattouf: That's exactly what makes the Esther project so special – she says things that are shocking from a moral standpoint. For instance, she is very cruel to a little boy who seems to be quite nice, but whom she treats badly. But that is also a part of childhood and I was forced to stand by and observe her – even though I identified with the little boy. I sat down with her and interacted, even if sometimes she said or did things that were morally questionable.

Decades after the first French nuclear test in Algeria, thousands of victims are still waiting for compensation. To date only 51 claims have been filed under French legislation ... END_OF_DOCUMENT_TOKEN_TO_BE_REPLACED

The 2015 Joint Comprehensive Plan of Action with Iran is in jeopardy. European governments should use the JCPOA’s dispute-resolution mechanism both to pursue immediate measures to ... END_OF_DOCUMENT_TOKEN_TO_BE_REPLACED

Having seen a sharp decline in its influence in Tunisia and Algeria, France is eyeing China and Spain’s growing economic presence in Morocco with concern. Is Paris about to lose ... END_OF_DOCUMENT_TOKEN_TO_BE_REPLACED

With "Assad or We Burn the Country", Sam Dagher has furnished the world with some genuine ammunition against the Syrian regime's on-going campaign of disinformation. The only ... END_OF_DOCUMENT_TOKEN_TO_BE_REPLACED

Islamist attacks such as those that took place in Paris this last autumn evidence a new kind of perpetrator. In place of individual terror organisations, networks appear to have ... END_OF_DOCUMENT_TOKEN_TO_BE_REPLACED

END_OF_DOCUMENT_TOKEN_TO_BE_REPLACED
Social media
and networks
Subscribe to our
newsletter