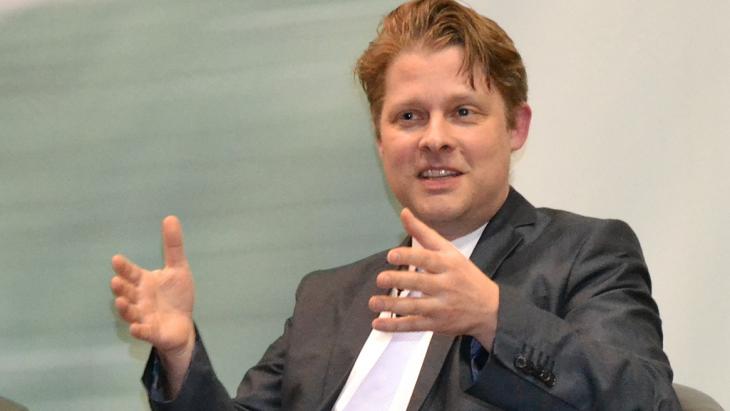 An expert on militant Islamism Guido Steinberg says the attack on a Nairobi shopping mall by the Al-Shabab militia shows that the Somali-based conflict is spreading to neighbouring countries. Interview by Philipp Sandner

Al-Shabab has said it is behind the attacks on Nairobi's Westgate shopping centre in Kenya, what do you think was the motive of this attack?

Guido Steinberg: Up to now we are not exactly sure who is behind these attacks. The perpetrators seem to be Kenya-based activists linked to the Somali al-Shabab. One can therefore conclude that the attack is supposed to put pressure on the Kenyan government to pull its troops out of Somalia. Since 2006 Kenya has stepped up its crack-down on Islamist militants. In October 2011, Kenyan troops marched into Somalia and joined African Union troops, who had been in the country, to fight the al-Shabab. Since then, al-Shabab has experienced defeats.

Was the choice of the place, aimed at attracting as much attention as possible?

Guido Steinberg: Yes it probably did. If they had chosen a shopping centre where mainly Kenyans shop, the attention given to the event would have also been great. But when you kill western citizens you attract even more attention. That is the nature of Islamist terrorism. The anti-western orientation of al-Shabab probably also played a major role in choosing a location for the attack. We have to wait for more information as to whether al-Shabab had other partners in this, who are perhaps linked even closer to al-Qaeda. 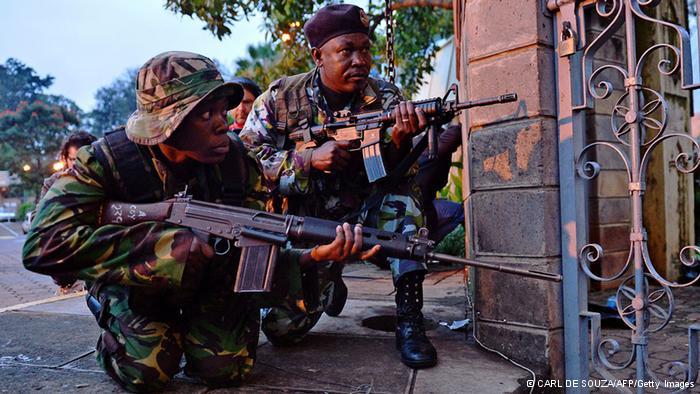 Somalia's Al Qaeda-inspired Shebab rebels said the carnage at the part Israeli-owned complex mall was in retaliation for Kenya's military intervention in Somalia, where African Union troops are battling the Islamists. The siege in Nairobi has claimed 72 lives

The attack is not the first in Kenya, but since 1998, it is the worst. What does that mean for the security situation in East Africa – should we expect more of the Somali conflict to be exported across borders?

Guido Steinberg: Yes, the attack is a clear indication that the Somalia conflict is expanding to its neighbouring countries. We had the first major indication with the 11th July 2010 attack during the football world cup finals at a rugby club and an Ethiopian restaurant in the Ugandan capital Kampala. The motives of al-Shabab, who staged that attack, were similar. The aim was to put pressure on Ugandan troops, who were already part of the African Union's peace-keeping troops in Somalia. Now we have a similar situation in Kenya and the escalation of terrorist violence in the country was to be expected.

Guido Steinberg: For one, Somalia's conflict is spilling over its borders into Kenya anyway. There are a great number of Somali refugees in Kenya. We are seeing growing radicalization and the government is reacting with a heavy hand against Somalis living in Kenya. Secondly, there is the military intervention in Somalia. Such actions often lead to counter-actions. We have seen these methods used by other groups in different conflict areas. 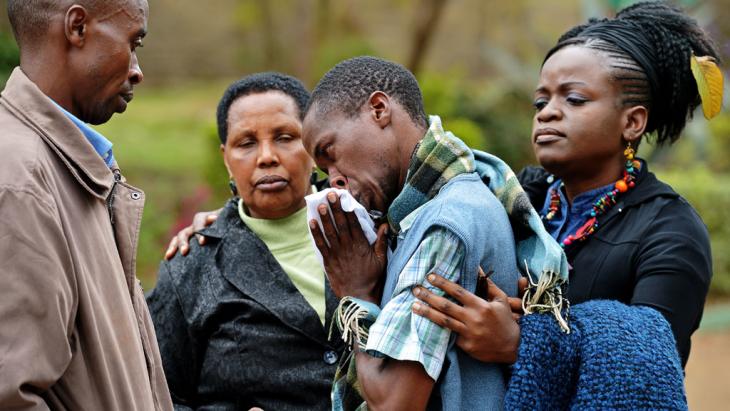 Al-Shabab said that foreigners were a "legitimate target" and confirmed witness accounts that gunmen tried to let Muslims go free while killing or taking the others captive. Pictured: A man mourns the death of his father in the Westgate attack

Who supports the Islamists in Kenyan and the region?

Guido Steinberg: Al-Shabab has managed to garner much sympathy in Kenya. There is a strong Islamist underground which lives off the circumstance that part of the Muslim population feels closer to the Arab world than to Africa. Moreover, the government only responds to Islamist radicalization with repressive measures.

Is there no end in sight for Somalia's conflict?

Guido Steinberg: Many observers believed that the calming down of the military situation in Somalia, the stabilization of the government there and the weakening of al-Shabab, would result in a quieting of the situation. But this should generally not be expected in a situation where religious, social, cultural and political conflicts in the neighbouring countries remain unsolved. Such activities generally lead to groups like al-Shabab to look for alternative ways of continuing the battle.

In Somalia, their chances are currently minimal. They are on the defensive and have lost control of major towns in the south-east of the country. This is why they are now trying to fight their opponents with all possible means. This will probably lead to a further destabilization of the entire region.

Dr. Guido Steinberg is a senior associate researcher at the German Institute for International and Security Affairs in Berlin.

Organised by interfaith NGO Religions for Peace, an international conference in Lindau on Lake Constance is dealing with the peace-building role of women inspired by the faith of ... END_OF_DOCUMENT_TOKEN_TO_BE_REPLACED

The small East African nation of Djibouti has so far evaded musical discovery by the West. Now, however, the country's official national band, Groupe RTD, is picking up ... END_OF_DOCUMENT_TOKEN_TO_BE_REPLACED

The end of July saw the launch of the African Union’s "Sauti" digital publication, the first young feminist platform in Africa, which this year showcases stories by female youth ... END_OF_DOCUMENT_TOKEN_TO_BE_REPLACED

The outpouring of solidarity worldwide following the violent death of George Floyd should prompt us to step back and fundamentally question racist structures and privileges based ... END_OF_DOCUMENT_TOKEN_TO_BE_REPLACED

Jeddah is very different from other cities on the Arabian Peninsula, says Ulrike Freitag, historian of the Modern Middle East. In her book "A History of Jeddah", she explores the ... END_OF_DOCUMENT_TOKEN_TO_BE_REPLACED

END_OF_DOCUMENT_TOKEN_TO_BE_REPLACED
Social media
and networks
Subscribe to our
newsletter