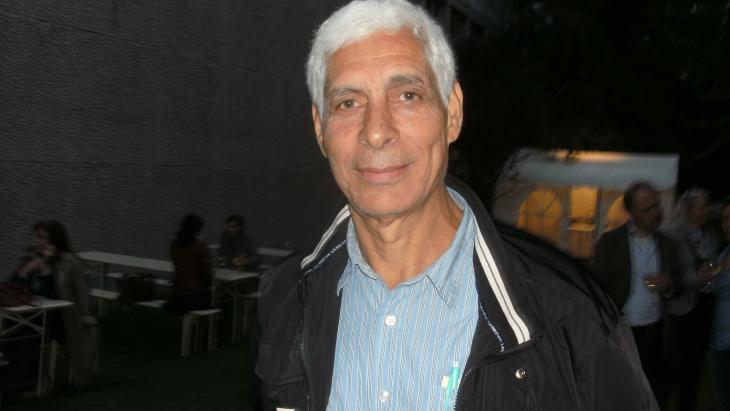 In your novel "The Women of Al-Basatin," the narrator Taufik describes a visit to his brother's family in Tunis. Taufik lives in Paris, is a university lecturer, and is married to a French woman, yet still feels a close bond with his Muslim homeland and his relatives, who follow a traditional lifestyle. Does this dichotomy correspond to your own experiences?

Habib Selmi: One could say that Taufik's conflict is also my own. And many Arabs are familiar with this conflict – belonging to two different cultures. I find it a completely positive situation and – apart from certain difficulties – one that is enriching and constructive. Moreover, in my opinion, Muslim values are not fundamentally different from Western values. All great cultures maintain almost the same values – equality, freedom, justice, acknowledgement of others – and the basic texts of Arab-Muslim culture, including the Koran, extol these universal values. The problem is that Muslims themselves, particularly the fanatics, do not know these values or simply ignore them out of political or ideological grounds.

The novel was first published in Arabic in 2010, before the popular uprising that led to the overthrow of Ben Ali. While you were writing your novel, did you have any premonition that popular uprisings in the Arab world were about to take place?

Habib Selmi: Many critics have emphasized the prophetic aspect of my novel. Some have even claimed that my novel foretold the Arab Spring. I do not believe that a writer is a prophet. I merely observed in detail the developments taking place in the depths of Tunisian society. It was a society on the brink of exploding. The country was almost in ruins after 22 years of dictatorship under Ben Ali. Everything had fallen into decline – politics, the economy, and culture. The level of corruption, which still had limits during the Bourguiba era, finally spread to all aspects of life. And one shouldn't forget the suppression of press freedoms and the daily violation of human rights.

Do you have contact with writers in Tunisia? How is their current situation under the Ennahda government? Habib Selmi: I am often in Tunisia and have contact with Tunisian writers. They find themselves in a difficult situation, as the government does not only frown upon literature, but also every form of artistic expression. We shouldn't forget that Ennahda is an Islamic movement and, as with all such movements, art, literature, and culture are not viewed with favour. The freedom of the press is the only achievement of the 2011 revolution. Ennahda has been attempting to take this freedom away from journalists with every means at its disposal – intimidation, lawsuits, and even imprisonment. Yet, journalists continue to fight tenaciously for the freedom of the press.

Tunisian society, as it is depicted in your novel, appears sharply divided. On the one hand, there is the dominance of a strict faith. Some are even demanding the introduction of Sharia law. On the other hand, many look with yearning towards the West and desire more personal freedom and material prosperity. In your opinion, in which direction is Tunisian society currently moving?

Habib Selmi: I think that Tunisian society will develop in different direction from that desired by the Ennahda government. The vast majority of Tunisians are traditional in outlook, but they would never want to live according to medieval laws. They respect Islam, however, prefer a tolerant form of Islam that is moderate and open. From a historical and geographical perspective, Tunisia has always been a country open to other civilizations. This stance is part of our identity.

To a large extent, the present political situation is tied up with the position of women in society. Before the revolution, Tunisia was regarded as a secular Islamic state. Headscarves, for instance, were banned in schools and universities. Do you believe that the role of women in Tunisia will be pushed back or do you see signs of progress in this crucial matter?

Habib Selmi: More and more women in Tunisia are wearing the headscarf, just like Jussra, one of the main characters in my novel. Ennahda and the Salafists, or at least some of them, even want to ban women from working. They regard the hearth and home as the proper place for women. Yet, many Tunisian women and men do not accept this view. A large portion of the Tunisian population, however, hold firm to the rights of Tunisian women, who enjoy a special status in the Arab world. Tunisia is the only Arab country in which multiple marriage is forbidden. I recently attended a demonstration in Tunis that supported transforming Women's Day into a day of women's rights. More than 300,000 men and women took part.

The main fear in Europe concerns the growing influence of the Salafists. In your estimation, how great is the movement's spread? Is there a danger of the kind of social division currently being experienced in Egypt?

Habib Selmi: Indeed, the Salafists do pose a great danger. They have become more numerous in recent years, especially following the Arab revolutions, as they have used freedom and democracy to their advantage. It is quite likely that they will cause serious problems in Arab countries as in the West, but I do not believe that Tunisia will experience a similar division in society like in Egypt. The simple reason is that Egypt was ruled by a single party, the Muslim Brotherhood, whereas, since the overthrow of Ben Ali, Tunisia has been led by a coalition of three parties, two of which are not religious and therefore regarded as "secular".

What can or should Europe be doing, in your opinion, to promote democratic development in Tunisia?

Habib Selmi: First of all, the Tunisian economy requires assistance, as the country is currently experiencing great problems. When the economy is sick, then everything else gets sick as well. After so many years of living under dictatorship, it is impossible to establish a true democracy when the economy is in such catastrophic state as it is in Tunisia at present. Tunisians can take care of the rest themselves. They are mature enough to manage.

The journalist and author Habib Selmi (62) is one of the most important Tunisian writers in the Arab language. He lives in Paris as a university lecturer in Arabic. His novel "The Women of Al-Basatin" has recently been published in German. He held a reading from the book at the 13th International Literature Festival in Berlin in September 2013.

Past attempts to reconcile logic and belief within Islam tend to be dismissed today – not because they lack merit, but because they were politically defeated, argues Mustafa Akyol END_OF_DOCUMENT_TOKEN_TO_BE_REPLACED

Nouara may be 65, but she is ready to join thousands of others who burn their ID and pay traffickers for the chance of a new life in Europe. Zineb Bettayeb reports END_OF_DOCUMENT_TOKEN_TO_BE_REPLACED

November 2022 sees the Arab world firmly in the spotlight with the COP27 in Egypt and the FIFA World Cup in Qatar. Public trust in MENA governments is weak, thanks to their ... END_OF_DOCUMENT_TOKEN_TO_BE_REPLACED

Daniel Barenboim is not only a world-famous pianist and conductor. He has also worked tirelessly to foster understanding and reconciliation between Palestinians and Israelis. By ... END_OF_DOCUMENT_TOKEN_TO_BE_REPLACED

END_OF_DOCUMENT_TOKEN_TO_BE_REPLACED
Social media
and networks
Subscribe to our
newsletter