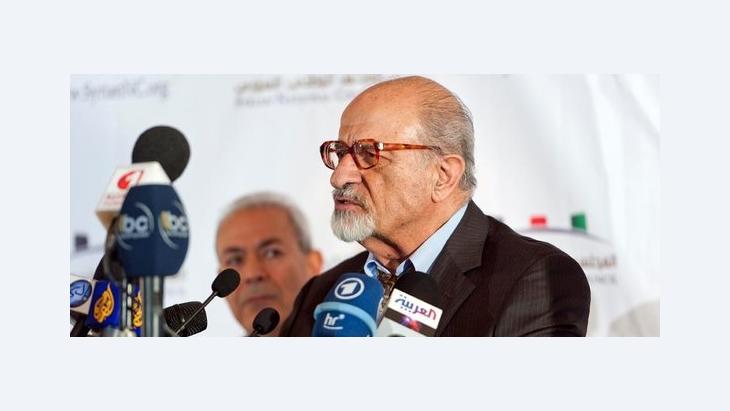 ''We Want the Syrian Regime to Be Further Isolated''

﻿The Syrian human rights lawyer Haitham al-Maleh is calling on the international community to increase pressure on the Assad regime. Martina Sabra spoke to him about the West's sanctions policy, the Arab League's observer mission and the prospects for the Syrian uprising

Mr al-Maleh, what conclusions do you draw from the Arab League's observer mission to Syria so far?

Haitham al-Maleh: In principle, it is a good thing to send observers to Syria. But Syria would have to meet the Arab League's related requirements, i.e. the withdrawal of the military from the streets of the villages and towns, the removal of snipers and a halt to the bloodshed. Syrians must be given the chance to demonstrate peacefully, and the international media must be allowed to report independently. These are the most important points.

So far, the Syrian regime has made no attempt to meet the demands of the Arab League? 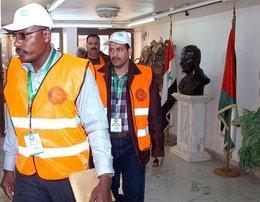 Observers from the Arab League are currently in Syria to determine whether the Assad regime is abiding by the peace plan and withdrawing its soldiers from residential areas; the mission has, however, come in for severe criticism following continuing violence against members of the opposition

​​So one has to be realistic and conclude that the regime rejects this observer mission. I don't care whether the regime signed the protocol or not. I am talking about the facts here. And the fact is that the regime has not truly engaged with the Arab initiative and civilians are not being protected.

But does this mission not have one positive aspect? After all, international observers have at last been allowed into the country?

Al-Maleh: This observer mission can open an office for a certain length of time in the cities where it has been deployed. You could call this is a partial protection that benefits citizens.

Last Friday (30 December 2011), the biggest demonstrations so far took place in Syria. I think that had something to do with the fact that the observers were in the area. But that is the only advantage I can see.

Saudi Arabia, the Gulf states and Iran are pursuing their own interests in Syria. Do you think it is possible that the rivalry between these regional powers and their struggle to influence domestic developments in Syria could nip the tender shoots of democracy in Syria in the bud?

Al-Maleh: One thing is certain: this revolution is now unstoppable. It will continue until the regime has been toppled. The uprising has been going on for over nine months now, and the Syrian people decided right at the start that they would not go home until the system was toppled. This system has squandered its legitimacy.

Yes, but what about the major powers in the region? Are they going to allow a democratic order to be established in Syria?

Al-Maleh: Saudi Arabia is trying to weaken the Syrian apparatus of power. Iran has stated quite clearly on a number of occasions that it will support this apparatus until the very end. Iran has even exerted diplomatic pressure on Iraq to get Iraq to align itself with the Assad regime. But this kind of politics cannot work in the long run. 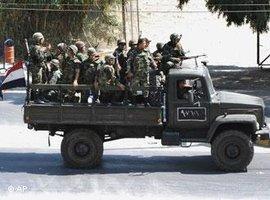 "The army is disintegrating: approximately 40,000 soldiers have already deserted. That is another factor that will bring the regime to its knees," says Haitham al-Maleh

​​However, I don't believe that external factors are really all that important for the Syrian revolution; it is the domestic factors that are important. It is above all economic problems that play a role. There is no longer any tourism in Syria. Factories and workshops have come to a standstill; many people have no work, no income. The currency has lost one third of its value; prices have rocketed. The army is disintegrating: approximately 40,000 soldiers have already deserted. That is another factor that will bring the regime to its knees.

Speaking of the army, it is becoming increasingly difficult to determine who is actually fighting whom in Syria. Some people fear that the country could slide into a civil war. What do you think?

Al-Maleh: I don't think that we are currently on the brink of a civil war. But if the regime doesn't change its course, if it continues to set the different religious communities against each other, then things might indeed end in civil war. But I don't yet see that happening.

The divisions do not run strictly along religious lines: although the regime belongs to the Alawite minority, there are people in the Alawite community who do not fully back the regime, because they know that it is corrupt and that those in power brought together the most corrupt people from all areas. Most Alawites have never actually benefitted from the regime.

These people are asking themselves why they should support Assad? Given that this is the case, I don't believe that there will be civil war in the near future, but it can't be ruled out.

What is your assessment of the relationship between the peaceful demonstrators and those forces that are armed, above all the Free Syrian Army (FSA)?

Al-Maleh: An army's most important task is to protect the citizens, not to kill them. Right from the word go, the Syrian revolution has been peaceful. Initially, the soldiers who deserted the army even left their weapons behind them. 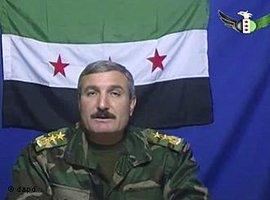 "The regime is wobbling": Col. Riad al-Asaad, leader of the Free Syrian Army, has declared that his organisation will re-launch attacks on the Assad regime at the end of the observer mission

​​Now, they take their weapons with them when they desert. But this doesn't mean that the uprising is turning violent. The people are also defending themselves, their families, their property. There have indeed been isolated acts of violence, but the revolution will as a whole remain peaceful.

What are you calling on the EU and Germany to do in the current situation?

Al-Maleh: I have been in almost all European foreign ministries, have spoken to ministers, to parliamentarians, to representatives of political parties and people in the media. The demands are as follows: a withdrawal of diplomats from Damascus; the expulsion of Syrian diplomats abroad who could be considered part of the Syrian security apparatus and who are not really diplomats.

I have also presented the Europeans with a list of 200 people who have either committed murder or are responsible for massive human rights violations. To date, a total of 60 high-ranking people have been affected by travel restrictions and the freezing of accounts. The EU has agreed to extend this list.

We want the Syrian regime to be further isolated. In my opinion, Germany has a special role to play in this because of its good relations with the Arab states. This is particularly true of the United Arab Emirates. The ambassador from the Emirates is still in Syria.

What's more, a considerable proportion of the assets of those criminals who have systematically been robbing the Syrian people is in the Emirates. The other state is Oman. Oman hasn't recalled its ambassador yet either. I think Germany could exert more pressure here. The rest is our business.

How long do you think Bashar al-Assad's regime will survive?

Al-Maleh: The regime is wobbling. I think it will only last another few weeks.

The human rights lawyer Haitham al-Maleh was held in prison from 1980 to 1987 without charge and without any legal proceedings being brought against him because he, as a member of the lawyer's association, had campaigned for an abolition of the state of emergency that has been in place in Syria since 1963. In 2001, he founded the Human Rights Association in Syria (HRAS), which has 70 members across the country. He was a member of the defence team for the ten political prisoners of the Damascus Spring, the democracy movement that was crushed in 2001. He is now a member of the opposition Syrian National Council (SNC).

The neo-Ottomanism propagated by Erdogan has long been more than rhetoric and symbolic politics. This can be seen from recent developments in parts of northern Syria, where Turkey ... END_OF_DOCUMENT_TOKEN_TO_BE_REPLACED

Surging coronavirus cases in many parts of the world have overshadowed the start of this year's Muslim holy month of Ramadan, with festivities once again curtailed by contagion ... END_OF_DOCUMENT_TOKEN_TO_BE_REPLACED

Researchers agree that climate change alone cannot be blamed for the outbreak of war in Syria in 2011. However, neither can it be ignored as a reason this once blossoming country ... END_OF_DOCUMENT_TOKEN_TO_BE_REPLACED

Syrian-born Rafik Schami is a gifted storyteller and one of the most successful authors writing in German today. In his 50 years in exile in Germany, he has introduced the Arab ... END_OF_DOCUMENT_TOKEN_TO_BE_REPLACED

The Syrian war has moved through many phases and included a number of changing actors. But one aspect has remained constant throughout: the Assad regime is using the conflict to ... END_OF_DOCUMENT_TOKEN_TO_BE_REPLACED

The UN Office for the Coordination of Humanitarian Affairs has compiled moving documents of contemporary history with a collection of images by Syrian photographers who have ... END_OF_DOCUMENT_TOKEN_TO_BE_REPLACED
Author:
Martina Sabra
Date:
Mail:
Send via mail

END_OF_DOCUMENT_TOKEN_TO_BE_REPLACED
Social media
and networks
Subscribe to our
newsletter