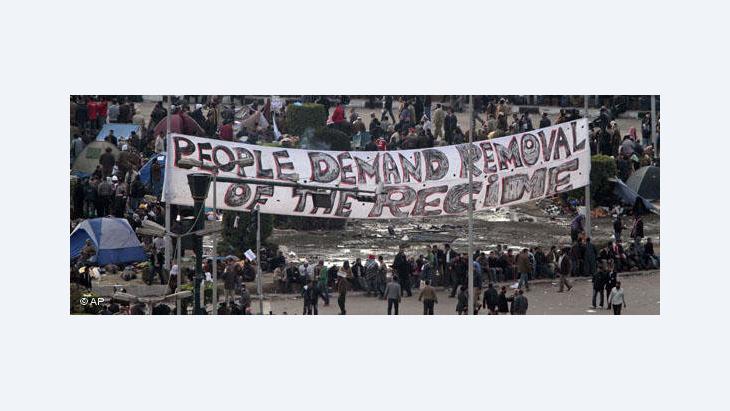 ''Another People Now Is Redefining the Idea of Democracy''

﻿In this interview with Miriam Shabafrouz, the American-Iranian intellectual Hamid Dabashi talks about the democratic uprisings in North Africa and the Middle East, their chances of success, their impact on geopolitics and on the global media

What are the biggest dangers for the Arab Spring?

Hamid Dabashi: The biggest dangers are precisely the forces that will lose from these democratic uprisings. What are they: the United States, the European Union, NATO more particularly, Israel and medieval Arab potentates like rulers of Saudi Arabia. But equally important is to keep in mind that a loser is also the Islamic Republic of Iran, which on the surface appears to be in opposition to the US and its regional and European allies, but in fact is part of the same political vocabulary, the same geopolitics. It has been increasingly made powerful in the region by virtue of the imperial adventures of the US and its allies.

So it is not just the latter that are losing and as a result posit a threat to these democratic uprisings, but also the Islamic Republic and its three subnational allies, namely Hamas, Hezbollah and the Mahdi militia in Iraq. It is not accidental, in my judgement, that under the influence of these democratic uprisings, Hamas has finally started a rapprochement with Fatah and the Palestinian national liberation has resumed more democratic, more genuine, more grassroot and more comprehensive dimensions.

What is the exact aim of those rising up against oppression in the Arab world? 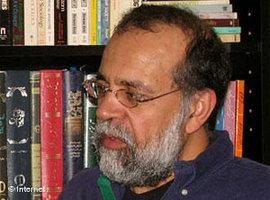 ​​Dabashi: In an essay that I wrote for Al-Jazeera two months ago, I call it delayed defiance. These are all post-colonial societies, from Morocco to Syria, all sharing a kind of domestic tyranny that has emerged in the aftermath of European colonialism. They are fake and phony post-colonial state. The best examples of it are Gaddhafi or Mugabe, you can look at these tyrants that have posited themselves as anti-colonial and then for forty or fifty years have looted the country without any semblance of democratic institutions or change.

In effect, in these parts of the world, people are rising up against not only, number one, the colonialism that initiated this condition, not only, number two, against the domestic tyrannies that were the inheritors of this colonial past, but number three also against the current imperial project that wants to micromanage the globe. The fact of these revolts is predicated on the inoperative nature of global capitalism that systematically generates destitute.

Do you see reciprocities between the Iranian Green movement and the Arab uprisings?

Dabashi: I am not interested in who influenced what. In July 2009, I was part of an interview in the Empire programme of Al-Jazeera, in the course of which I said: If I were in a position of power anywhere from Morocco to Syria, I would watch what is happening in Iran very carefully, meaning, the demographic breakdown of Iran is identical to the demographic breakdown of the entire Arab world. We are talking about a young population: it is young by virtue of the dropping infant mortality rate without a corresponding increase in life expectancy.

A young audience that has no future in their country, they are sick and tired of being denigrated and denied a participation in the global society, they don’t want to emigrate to be subject of even more harassment and racism in Europe and North America, they want to reclaim their society, reclaim their culture, reclaim their politics. And as a result, what we saw in Iran in 2009 and what we saw in the Arab world in 2011 to me are identical expressions of a same sociological, economic and political environment rather than one influencing the other.

Having said that, there is no doubt that the events of 2009/2010 in Iran were all made for a global spectacle, and young Arabs were watching this as any other young people were watching it around the globe. There is no doubt that it was an inspiration for young Arab men and women to do in their country what Iranians were doing. However, I would not consider this as direct influence, but inspiration.

What was new and inspiring about the Green Movement, beyond the means of expression and communication?

Dabashi: As the presidential election was about to take place in Iran in 2009, I thought the result would be inconsequential, the geopolitics of the region being so overwhelmingly important. But the fact is that the Green Movement brought back national politics and threw a monkey wrench at the geopolitics of the region. To some degree the Islamic Republic was successful in suppressing the street demonstration phase of the Green Movement, but not the Green Movement in its entirety, because it is grassroot, it cannot be destroyed. I am not particular about it being green, yellow or blue, I am particular that it is deep-rooted, grassroot and it will manifest itself in one way or another. What matters to me are the institutional expressions through labour unions, women’s rights and student organisations.

Did the Arab uprising have an influence on the situation in Iran, maybe also in geopolitical terms?

Dabashi: I think these democratic uprisings in the region had a catalytic effect on events in Iran, not only in the form of the demonstrations on 14th February, in solidarity with what was happening in Tunisia and Egypt, but by weakening the Islamic Republic geopolitically, whether the Islamic Republic is losing enemies, such as Egypt, Tunisia and Jordan, but also by virtue of losing allies such as Syria. But if Syria is lost through these democratic uprising, the link of the Islamic Republic with the Hezbollah will be disconnected. The link with Hamas is already shaky because of the coalition between Hamas and Fatah.

So, even the fact that its nemesis – Israel, the United States and Saudi-Arabia – are in trouble, does not translate into benefits or pluses for the Islamic Republic. What is detrimental to all domestic tyrannies, whether friendly to United States or inimical to them, is the phenomenon that we are witnessing: the changing DNA of the geopolitics of the regions.

Which role did the established and new media play, and what kind of impact did the uprisings impact have on them?

Dabashi: Fortunately, the established mass media – print media, TV etc. – are no longer in charge of representation. They are in deep trouble. The rising new media has been coterminous with the rise of these democratic uprisings, and as a result, participant observers – the actual students, the actual women and labourers in mass demonstrations – have been in charge of self-representation.

Take for example Bahman Jalali, a very prominent Iranian photographer who passed away last year. Almost every picture that we have from the Revolution in 1979 and the Iran-Iraq war is from him. Just before his death, he said, he no longer knew how to take pictures of this revolution, because the people themselves are representing themselves. The camera itself, the shaking hand of the demonstrator as he or she is running away, has become part of the material component of the uprising. It becomes a material force, in not only self-representation, but in fact in perpetuation.

How do these new media influence democracy? 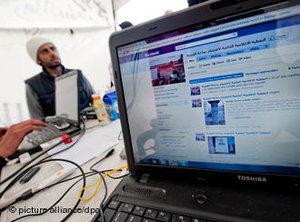 ​​Dabashi: We’re no longer at the mercy of New York Times, BBC etc. to be kind and generous. This is the age of WikiLeaks. In democratic societies, the operation of a state apparatus was supposed to be transparent and the life of the citizen was supposed to be private. It has become exactly the opposite: the life of the citizens has become subject of all forms of Foucaultian and non-Foucaultian surveillances and the operational state has become secret. The power of WikiLeaks is to have reversed it. Now we actually can eavesdrop how the US-Secretary of State and others talk in private about invading other countries and so forth. To me this is a fantastic development for the good, for the power of the ordinary people. It shows that even in democratic societies like here, democracy has become a lip service.

How did these developments change the image of the "Arabs", "Muslims" and "Iranians"?

Dabashi: In my judgement, these democratic uprising in the Arab and Muslim world, by virtue of their being real democratic uprisings, show that the term of Arab and Islamic world is obsolete, we use it under errature. Now we are re-experiencing and re-teaching the world the meaning of democracy, we are reconvening the idea of democracy. Europeans and North Americans who are interfering and trying to interpret or over interpret or manipulate it, should stand up and behold that another people now is redefining, reconvening the idea of democracy.

Surging coronavirus cases in many parts of the world have overshadowed the start of this year's Muslim holy month of Ramadan, with festivities once again curtailed by contagion ... END_OF_DOCUMENT_TOKEN_TO_BE_REPLACED

German Middle East analyst Guido Steinberg and television journalist Ulrich Tilgner have both published new books on the conflicts in the Middle East. Their analyses and their ... END_OF_DOCUMENT_TOKEN_TO_BE_REPLACED

On 27 March, Iran and China signed a 25-year accord intended to foster "strategic co-operation". Despite ongoing uncertainty over the deal's actual scope, content and chances of ... END_OF_DOCUMENT_TOKEN_TO_BE_REPLACED

In Grenoble, France, two professors have been pilloried in a dispute over the use – or otherwise – of the term Islamophobia. Is freedom of speech in jeopardy? By Stefan Dege and ... END_OF_DOCUMENT_TOKEN_TO_BE_REPLACED
Author:
Miriam Shabafrouz
Date:
Mail:
Send via mail

END_OF_DOCUMENT_TOKEN_TO_BE_REPLACED
Social media
and networks
Subscribe to our
newsletter